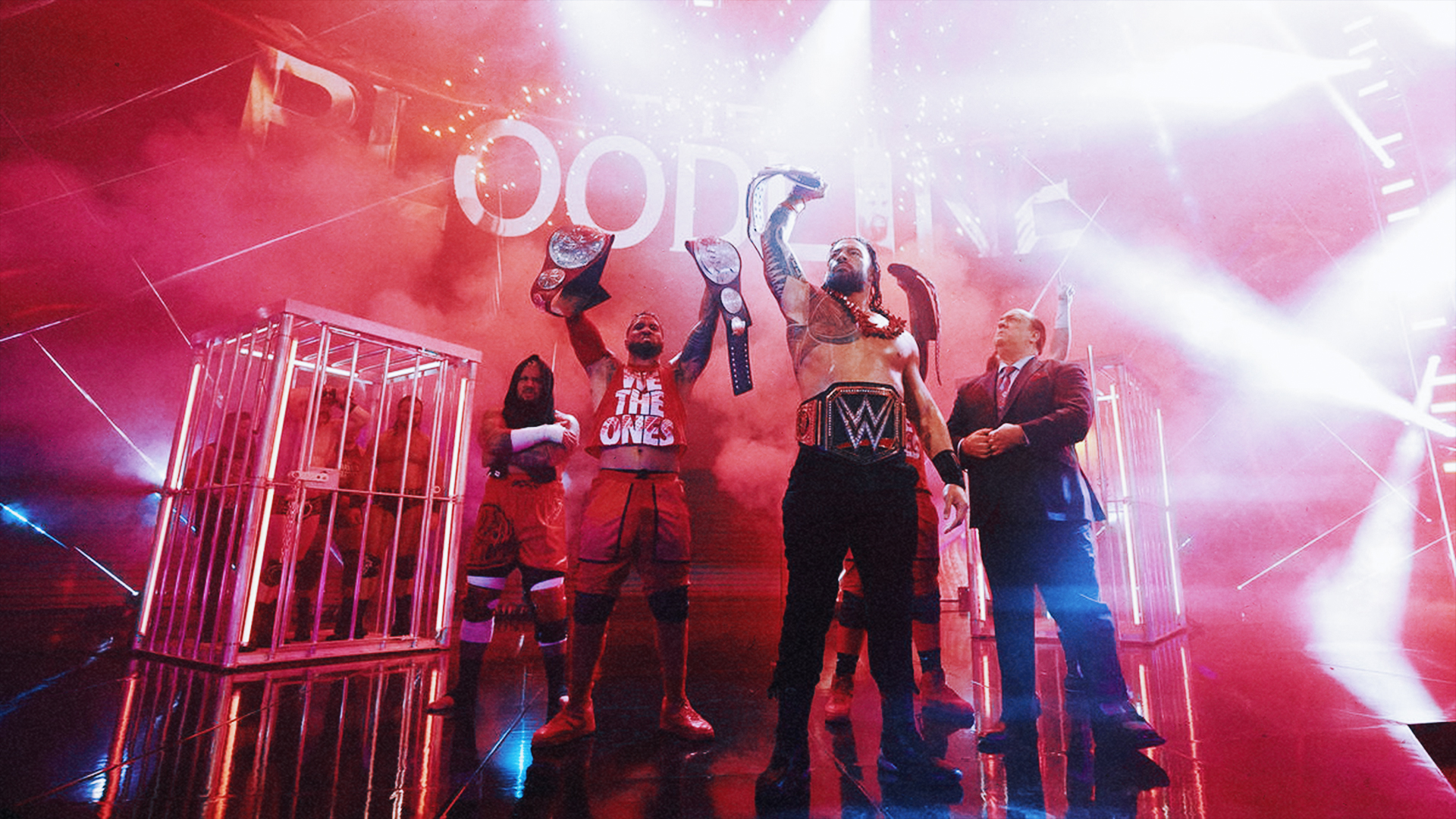 Ryan Satin FOX Sports WWE Analyst The results are in!To wrap up 2022, @WWEonFOX asked fans to make their choices in categories such as Male and Female Superstar of the Year, Match of the Year and more. Since you all came out in droves, we put a fancy show together with the winners:If you’d prefer to read the results, however, we got you covered too. Male Superstar of the Year: Roman ReignsWere there ever any doubt?Not only has Roman held the WWE Universal Championship for over 800 days, but he also captured the WWE title this year to unify both belts.Since doing that, he’s continued to maintain his dominance over the entire roster, and also won a WarGames match with The Bloodline.Acknowledge him.Female Superstar of the Year: Bianca Belair “The EST of WWE” has had an amazing 2022.She won the Raw Women’s Championship from Becky Lynch at WrestleMania and has since held the title for 264 days.Bianca also had an extraordinary program with Bayley that saw them wrestle a Ladder match, a Last Woman Standing match and a WarGames match (with their respective teams), each of which tore the house down.Oh, and in her free time, she also won a WBFF fitness competition.Bianca is in a league of her own.Tag team of the Year: The Usos Jimmy and Jey Uso’s stay on the Island of Relevancy has helped them have a career-defining year at the side of Roman Reigns.This year, they broke the record for longest Tag Team title reign in WWE history, a record previously held by New Day, after holding the belts for over 484 days. They’ve also regularly defended their titles and appear on both brands more than most Superstars.This was an Ucey pick by the people.Workhorse of the Year: Seth Rollins All you had to do is look at the matches Rollins has had this year to know he was the obvious choice.His year began at Royal Rumble in a winning effort against Roman Reigns (via DQ), then he moved into a storyline with Cody Rhodes that saw him compete in three more critically acclaimed matches.There was also a Fight Pit match and his recent battles for the United States Championship.Plus, that’s not the only award he won this year.Most Stylish Superstar: Seth Rollins Who else here, but “The Drip God.”No other Superstar has put together the consistent body of fashion looks this man has given us this year.There’s been mesh brightness and giant fluffy coats. He even brought the blonde streak back for all his OG fans! When it comes to style, Rollins is untouched.”Out of Character” Guest of the Year: Liv Morgan I’m biased when it comes to this category, so in the eyes of this writer, every single guest on “Out of Character” was the best.This was a year when the show also had Undertaker, Randy Orton, Cody Rhodes, Seth Rollins, Becky Lynch, Kevin Owens, Sami Zayn and more.It’s undeniable, however, that Liv Morgan had a career-defining year after winning Money in the Bank and cashing it in the same night to win the SmackDown Women’s Championship from Ronda Rousey.Her program with Ronda then showed the world that she’s the real deal.Plus, her “Out of Character” episode talking about it all ruled.Best Social Media Presence: Sami Zayn “The Honorary Uce” had to make the list this year!Sami has been hilarious on social media these last few months in his attempt to become part of The Bloodline.He also utilized social media to make his WrestleMania feud with “Jackass” star Johnny Knoxville even better — and if you look in his replies on Instagram, Knoxville has continued to keep their rivalry alive.This was the year of Sami on social media.Match of the Year: Cody Rhodes vs. Seth Rollins — Hell in a Cell If there’s one match from this year that will be remembered for decades to come, it’s this one. The image of Cody taking off his jacket to reveal the bruising of a torn pectoral muscle will be burned in people’s brains for a long time.Rollins played his part to perfection, too. The ultimate villain, who not only mocked Cody’s father Dusty with his entrance gear, but also attacked the weakened shoulder as much as possible in the match.Despite the injury, Rhodes and Seth Rollins somehow took their bodies to the limit for nearly 30 minutes that night. It was painful to watch, yet somehow you couldn’t take your eyes off what was happening. When it comes to modern-day Hell in a Cell matches, you can’t get any better.Don’t forget to follow all your favorite WWE Superstars and shows in the FOX Sports app to receive alerts on what they’re doing and more.Ryan Satin is a WWE analyst for FOX Sports. Satin previously appeared on FS1’s “WWE Backstage” and founded Pro Wrestling Sheet, where he broke countless news stories as editor-in-chief. Get more from World Wrestling Entertainment Follow your favorites to get information about games, news and more