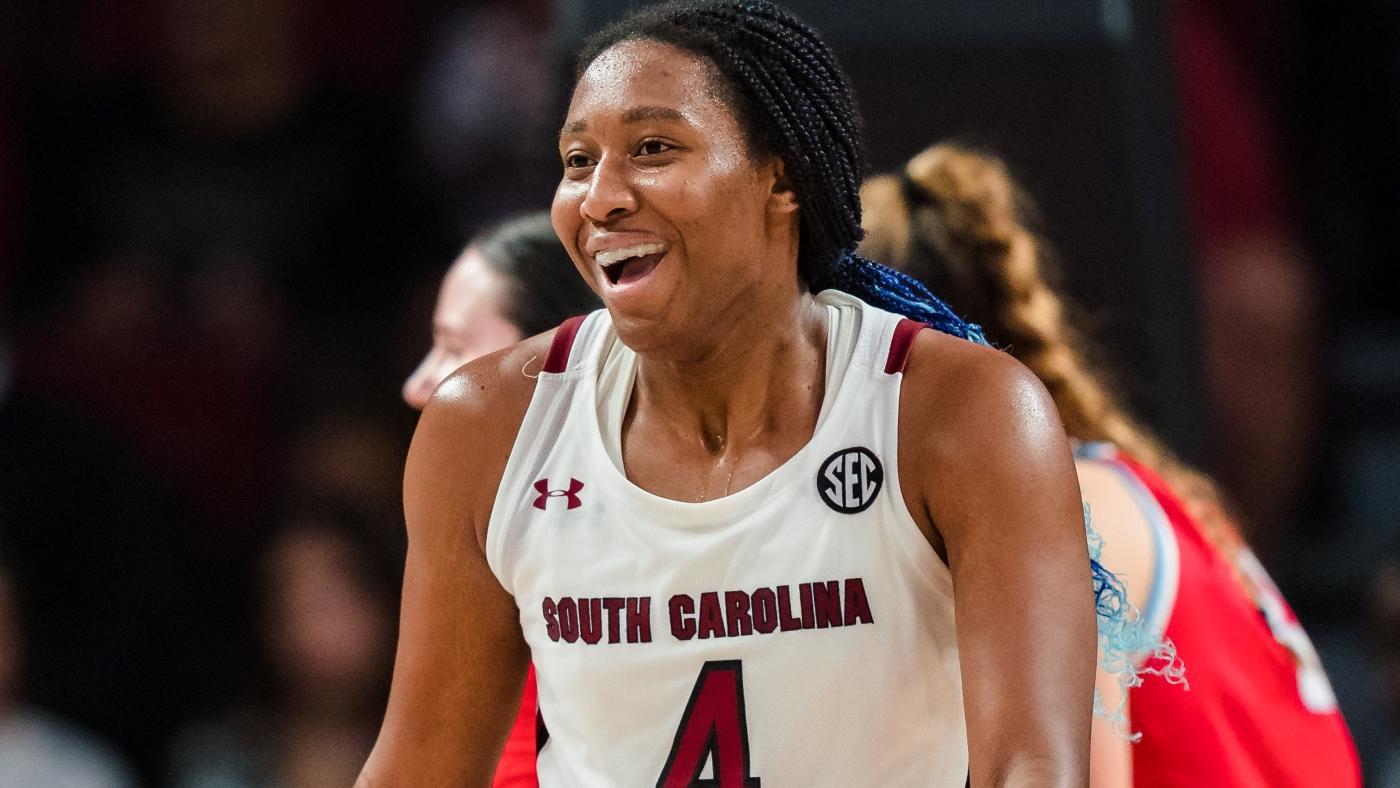 The top five teams remain unchanged in the Associated Press Top 25 poll for the third consecutive week. Meanwhile, the South Carolina Gamecocks have now been ranked No. 1 for 27 consecutive weeks, which is the fifth longest streak of all-time. Dawn Staley’s squad started the 2021-22 season at No. 1 and went wire-to-wire as the top ranked team before winning the national championship. Staying at the top as not been an easy feat, but the Gamecocks have proven themselves by going 17-0 against Top 25 teams over the past two years, including a 3-0 this season.The longest run at No. 1 belongs to the UConn Huskies at 51 consecutive weeks from Feb. 18, 2008 until Dec. 10, 2010. Uconn owns three of the top five streaks, while Louisiana Tech has the second longest streak of 36 weeks. Speaking of UConn, the Huskies climbed one spot this week to No. 8. They’ve struggled with injuries this season and even head coach Geno Auriemma has had to take some time to rest. He missed the last two games but longtime associate head coach Chris Dailey led the team to wins in both of them. Auriemma’s 91-year-old mother died on Dec. 8, and less than two weeks later he sat out after experiencing flu-like symptoms.

The Michigan Wolverines had the biggest jump this week, moving up five spots to No. 14 after taking a 76-68 win over then-No. 6 North Carolina during the inaugural Jumpman Invitational on Dec. 20. They registered a program-record 35 points in the first quarter and never trailed. This is tied for their highest ranking of the season, as they were also No. 14 three weeks ago.The Tar Heels and the Arkansas Razorbacks took the biggest hits this week, both dropping seven spots. North Carolina dropped to No. 13 after their loss to Michigan, while Arkansas went down to No. 24 after a 65-66 loss in overtime to South Florida.AP Top 25The top 25 teams in The Associated Press’ women’s college basketball poll, with first-place votes in parentheses, records through Sunday, total points based on 25 points for a first-place vote through one point for a 25th-place vote and last week’s ranking: