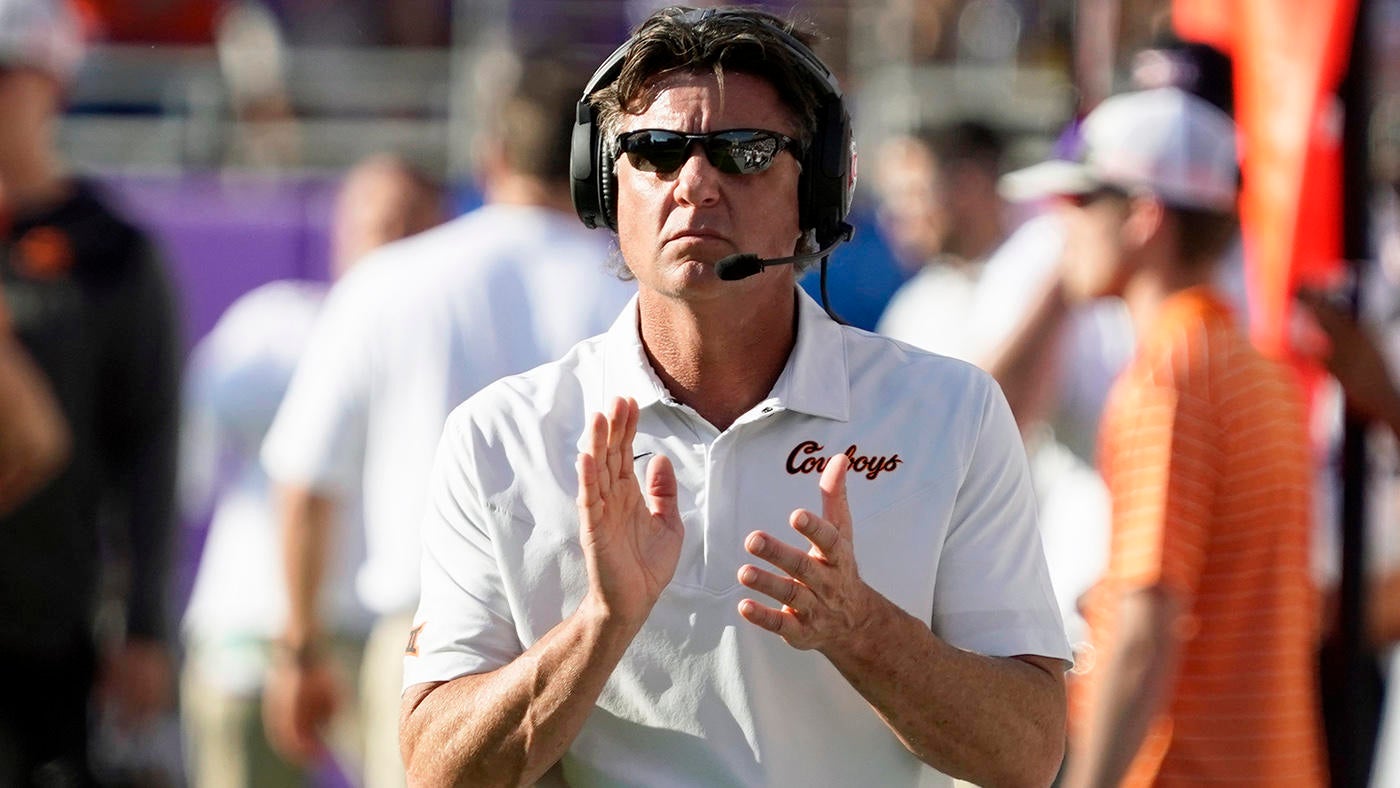 Two programs transitioning in different manners meet as Oklahoma State faces Wisconsin in the Guaranteed Rate Bowl. Wisconsin is in the midst of a transition with Luke Fickell taking over the program after being lured away from Cincinnati. Interim coach Jim Leonhard will coach the bowl game after the Badgers went 4-3 under his watch after the firing of Paul Chryst, including back-to-back wins over Purdue and Maryland. Oklahoma State entered the year as one of the Big 12 favorites, but injuries decimated what could have been a special team. The defensive line lost multiple starters, and things completely collapsed after starting quarterback Spencer Sanders missed time. A 7-5 finish is a disappointing end for the Cowboys, but the Guaranteed Rate Bowl presents the opportunity for a new beginning. The Cowboys and Badgers have never played throughout the storied histories of their programs. Oklahoma State coach Mike Gundy is 11-5 in bowl games, while Wisconsin has won seven of their last eight bowl games. Oklahoma State vs. Wisconsin: Need to knowTransfer roulette: These two squads entered 2022 with two of the most experienced quarterback situations in college football. But after Spencer Sanders and Graham Mertz each entered the transfer portal, both programs are dealing with unknowns. Oklahoma State will likely start freshman Garret Rangel, who threw for 482 yards, two touchdowns and three picks in losses to Kansas and West Virginia. Freshman Myles Burkett threw more passes than senior Chase Wolf for Wisconsin, but there’s been little indication of who will start. Needless to say, the bowl game will look a little different than the regular season. Transition vs. Consistency: Seventeen years ago, Gundy was promoted to head coach at Oklahoma State. The same year, Wisconsin interim coach Leonhard went undrafted in the 2005 NFL Draft following an All-American career. When the game is over, Leonhard will move on from his alma mater as Fickell takes over in Madison. These two programs are in vastly different places. The Guaranteed Rate Bowl will give Oklahoma State an opportunity to work out a new quarterback and prepare for the future, while for the Wisconsin players, this is a final hurrah with a highly successful defensive coordinator.

Weakness on weakness: Thanks to a wave of injuries, Oklahoma State fell from one of the top defensive programs in college football to the eighth-worst Power Five program in the sport. The Cowboys were exceptionally bad against the pass, allowing more than 269 yards per game. Even with Mertz, Wisconsin ranked outside of the top 100 in passing offense. The Badgers brought in dynamic offensive coordinator Phil Longo to run the offense in 2023. They would do well to show off some of the outside weapons Longo will have to work with against a porous Oklahoma State secondary. How to watch Guaranteed Rate Bowl liveDate: Tuesday, Dec. 27 | Time: 10:15 p.m. ETLocation: Chase Field — Phoenix, ArizonaTV: ESPN | Live stream: fuboTV (Try for free)Guaranteed Rate Bowl prediction, picks

With both starting quarterbacks out, the Guaranteed Rate Bowl is a true mystery box. However, injuries gave an indication of how life post-Spencer Sanders could be for Oklahoma State. It wasn’t pretty. Wisconsin is rebuilding in the passing game, but dynamic running back Braelon Allen and a top-notch defense is enough to escape Phoenix against a banged-up Cowboys roster. Prediction: Wisconsin -3.5