Week 16 overreactions and reality checks: Vikings to be one-and-done? Cowboys can beat Eagles in playoffs? 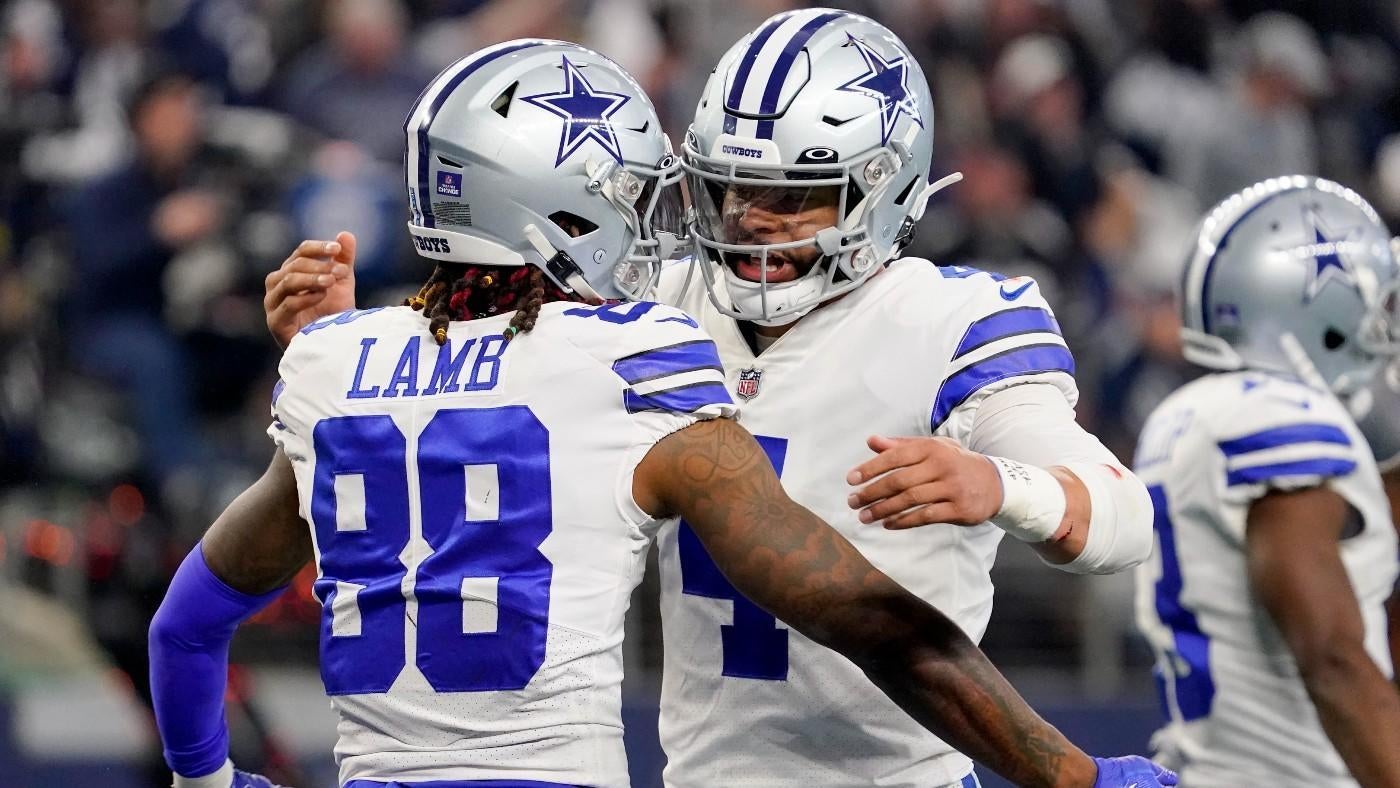 Christmas Eve didn’t provide the fireworks in the NFL that we all hoped heading into the holiday, yet the league did have some thrilling games and finishes that impacted the playoff race. The Dallas Cowboys kept their slim NFC East hopes alive by beating the Philadelphia Eagles in a thrilling late afternoon game, while the Jacksonville Jaguars took over first place in the AFC South thanks to the Tennessee Titans’ stunning loss to the Houston Texans. The race for home-field advantage in the AFC is set up for a Week 17 showdown between the Cincinnati Bengals and Buffalo Bills, while the Kansas City Chiefs are hoping the Bills slip up in one of their final two games. The wild card races in both conferences appear to be going down to the wire as well.Let’s not get started on the MVP race and the record chasers. As the Saturday afternoon slate of games on Christmas Eve concluded (yes the majority of games were on Saturday this week), let’s overreact on a few topics — or determine if these statements are a reality. The Cowboys can beat the Eagles in Philadelphia Overreaction or reality: OverreactionCredit the Cowboys for beating the Eagles at home and keeping their slim NFC East chances alive another week, but Dallas didn’t have a convincing victory against the team with the best record in the NFL. Sure the defense forced four Eagles turnovers — they also gave up 34 points to a Gardner Minshew-led offense and allowed 442 yards.

Dallas’ defense has takeaways in the last two games, yet has allowed 37 points per game and 472.5 yards per game over that same stretch. If it wasn’t for the four takeaways, the defense might have given up 50 points to Minshew and the Eagles offense. A third matchup in Philadelphia looks likely, but the Cowboys didn’t do enough convincing on the defensive side of the ball to show they can beat a Jalen Hurts-led offense in Philadelphia come January. Will the Eagles commit four turnovers with Hurts at quarterback? Jalen Hurts is the MVP of the league by not playing Saturday Overreaction or reality: RealityThe Eagles did put up 27 points on offense and totaled 442 yards without Jalen Hurts on the field. Regardless of the offensive output, Hurts didn’t lose any ground in the MVP race by missing Saturday’s game.

The Eagles had an uncharacteristic four turnovers without Hurts, including two interceptions and a fumble by Minshew. While the interceptions weren’t entirely on Minshew, there were a few throws he missed that could have resulted in big gains for the Eagles.The Eagles only rushed for 87 yards in the game. They averaged 187.2 rushing yards in their previous five games — a lot of that has to do with Hurts. Hurts is still in the MVP race — and didn’t lose ground to Patrick Mahomes either. Both are deserving candidates, but Hurts can’t miss another week.

The Browns will regret giving Deshaun Watson $230 million guaranteed Overreaction or reality: RealityReplacement-level quarterbacks are playing better than Watson has in his four starts for the Browns. Cleveland is just 2-2 with Watson at quarterback, with Watson completing 57.7% of his passes for 703 yards with two touchdowns and three interceptions.Watson was bad in Saturday’s loss to the Saints, completing 15 of 31 passes for 135 yards with a rushing touchdown and an interception (his third in four games with the team). There have been four games this season where a quarterback had 20 attempts, completed less than 55% of his passes, didn’t throw a touchdown pass, and threw an interception — Watson is responsible for two of them.The Browns just aren’t any better with Watson on the field in 2022. Let’s see if that stays the same in 2023.

The Vikings are a one-and-done team in the playoffsOverreaction or reality: OverreactionThe Vikings have a plus-5 (yes +5) point differential through 15 games, the worst by a 12-win team in NFL history. Minnesota was blown out by Philadelphia and Dallas, yet are 11-0 in one-score games this season. The Vikings’ 11 wins in one-score games are the most in a season in league history. While this team screams one-and-done in the playoffs, there’s an excellent chance the Vikings will get the No. 2 seed in the playoffs. Who’s going to be the No. 7 seed in the NFC — and can that team beat an offense with Kirk Cousins, Justin Jefferson, T.J. Hockenson and Dalvin Cook? Say what you will about the Vikings, but they find a way to pull off wins. Why can’t they do that in the playoffs — for at least one week?

The Lions blew their playoff opportunityOverreaction or reality: OverreactionGetting blown out by the Panthers doesn’t scream a playoff team, yet Detroit didn’t lose any ground in the playoff race. The Giants, Commanders and Seahawks all lost on Saturday — so the Lions did blow the opportunity to snatch the No. 7 seed with two weeks to play. Detroit still has a shot to take that No. 7 seed. The Commanders end the season with the Browns and Cowboys, while the Seahawks end with the Jets and Rams. Winning out is Detroit’s only option, but can Washington and Seattle both win out and eliminate the Lions?The only path now for Detroit is to win out (vs. Bears and at Packers) and hope both the Commanders and Seahawks lose a game on their remaining schedule. Detroit isn’t out of the playoff race, but the path is harder to make it now.

The Titans and Jaguars should rest their starters next week Overreaction or reality: RealityThe AFC South is going to be determined in Week 18 regardless of the Week 17 outcomes. The Jaguars lead the AFC South thanks to their win over the Jets and the Titans’ loss to the Texans — putting both teams at 7-8. If the Titans beat the Cowboys next Thursday night and the Jaguars lose to the Texans — the Titans will be 8-8 and the Jaguars 7-9. A win by the Jaguars in Week 18 gives Jacksonville the division because Jacksonville swept Tennessee. If the Jaguars win and the Titans lose, Jacksonville is 8-8 and Tennessee is 7-9. That doesn’t clinch the division for the Jaguars either since they square off in Week 18 and a Titans win gives them the tiebreaker with a better division record (Titans would finish 4-2 and Jaguars 3-3 assuming Jaguars beat Texans). Both teams can’t improve their playoff positioning as the AFC South champion is locked into the No. 4 seed. The wild card race is technically still in play, but the Dolphins and Chargers are 8-6 heading into their games Sunday and Monday.

The Titans and Jaguars won’t rest their starters, but it should be considered with the way the division has played out. The 49ers can win the Super Bowl with Brock Purdy Overreaction or reality: RealityThis conversation always seems to reappear on a weekly basis, but Brock Purdy finally faced a defense that can get after him on a consistent basis with its front four. All Purdy did was complete 15 of 22 passes for 234 yards with two touchdowns to one interception for a 114.6 passer rating as the 49ers offense put up 37 points in a convincing win over Washington.Purdy and Dan Marino are the only quarterbacks with at least two touchdown passes and a 100-plus passer rating in each of their first three career starts. He has played four games this year — throwing multiple touchdowns in each game and improving his passing yards in each contest.

The 49ers offense is getting better every week with Purdy at the helm and his confidence is growing. With their defense and skill-position players surrounding Purdy, who’s to say they can’t win the Super Bowl with Purdy leading the way?