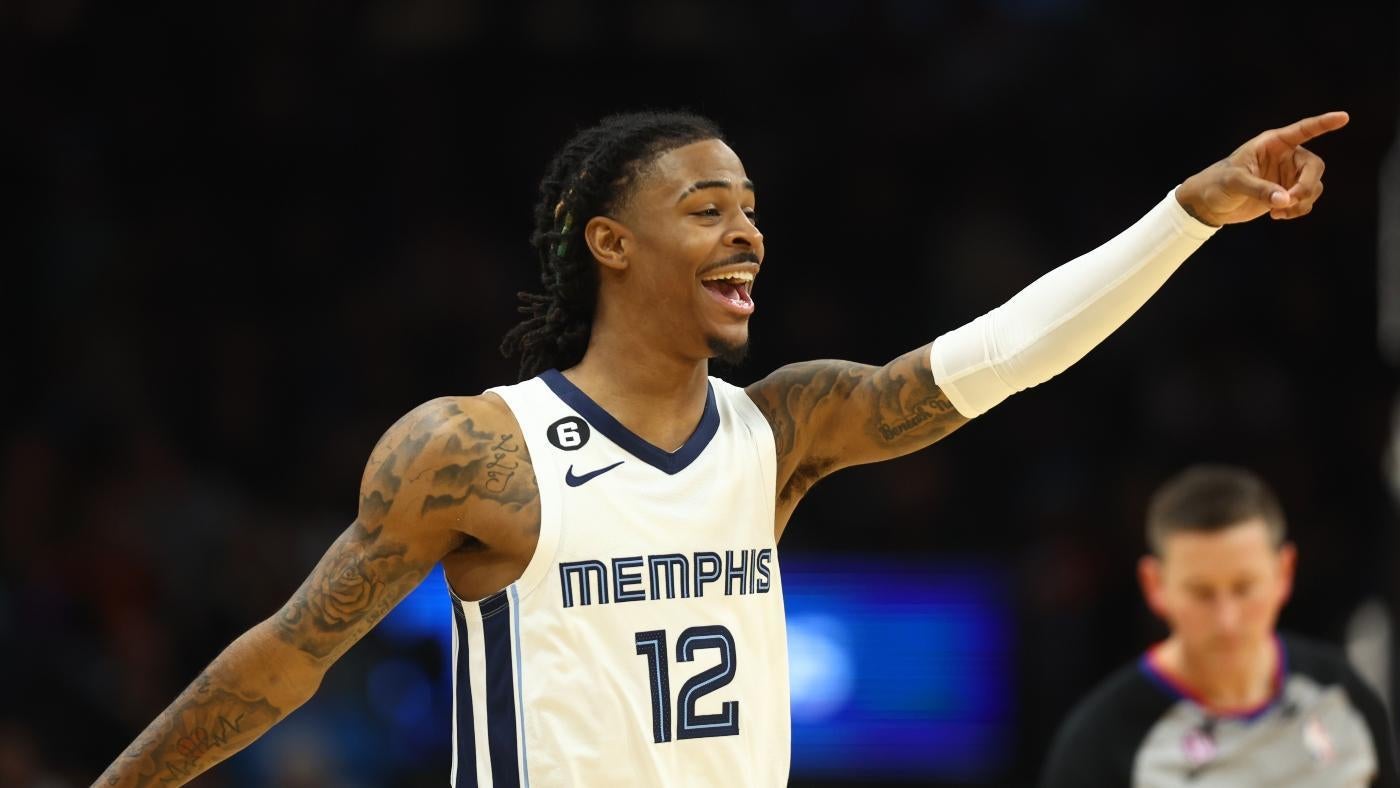 Western Conference foes link up during the Christmas Day NBA schedule as the Golden State Warriors (15-18) host Ja Morant and the Memphis Grizzlies (20-11). This will be the first matchup of the season between these teams. In 2021, Memphis won the season series 3-1. The Grizzlies have gone 15-14-2 against the spread in 2022, while Golden State is 14-19 against the spread. Golden State will be without Stephen Curry (shoulder) as he remains out indefinitely.  Tip-off is scheduled for 8 p.m. ET at the Chase Center in San Francisco. Memphis is a 5-point favorite in the Grizzlies vs. Warriors odds from Caesars Sportsbook. The over/under for total points is set at 228.5. Before finalizing any Warriors vs. Grizzlies picks, be sure to check out the NBA predictions and betting advice from the SportsLine Projection Model.The SportsLine Projection Model simulates every NBA game 10,000 times and has returned well over $10,000 in profit for $100 players on its top-rated NBA picks over the past four-plus seasons. The model enters Week 10 of the 2022-23 NBA season on a stunning 28-12 roll on all top-rated NBA picks this season, returning almost $1,400. Anyone following it has seen huge returns.Now, the model has set its sights on Warriors vs. Grizzlies, and just locked in its Christmas Day NBA picks. You can visit SportsLine now to see the model’s picks. Here are several NBA odds and betting lines for Grizzlies vs. Warriors:

Why the Warriors can coverJordan Poole is a combo guard who creates his own shot consistently. Poole can finish at the lane through contact while owning a reliable jumper from the perimeter. The Michigan product has been thrust into a bigger offensively role with Curry sidelined. In the month of December, Poole is averaging 25.4 points, 3.9 assists and is shooting 90% from the free-throw line. On Dec. 18, he dropped 43 points and six assists. Guard Klay Thompson is a marksman from the perimeter. Thompson can thrive in catch-and-shoot situations with a quick release. The five-time All-Star is shooting 37% from 3-point land on 9.7 attempts. He logs 18.1 points, 3.6 rebounds and 2.4 assists per contest. On Dec. 18, Thompson had 17 points, seven rebounds and four assists. Why the Grizzlies can cover Forward Dillon Brooks is an aggressive player on both ends of the floor. Brooks has good range from the outside with the ability to put the ball on the deck. The Oregon product can defend multiple positions and find his way into passing lanes. The 26-year-old averages 18 points, 3.8 rebounds and 2.9 assists per game. On Dec. 17, he amassed 32 points and four boards.

Guard Tyus Jones provides a spark off the bench. Jones is a smart and instinctive playmaker for the second unit. The Duke product has been able to set his teammates up for easy looks while showcasing his reliable jumper. Jones averages 10.7 points and 4.6 assists while knocking down 38% of his attempts from beyond the arc. He has logged two double-doubles in his last seven games. How to make Grizzlies vs. Warriors picksSportsLine’s model is leaning Under on the total, projecting the teams to combine for 223 points. It has also generated an against-the-spread cashes in almost 70% of simulations. You can only get the model’s pick at SportsLine. So who wins Warriors vs. Grizzlies? And which side of the spread hits in almost 70% of simulations? Visit SportsLine now to see which side of the spread to jump on, all from the advanced model that is up nearly $1,400 on all top-rated NBA picks this season, and find out.