Vieira hits out at Martinez’s taunting after World Cup win 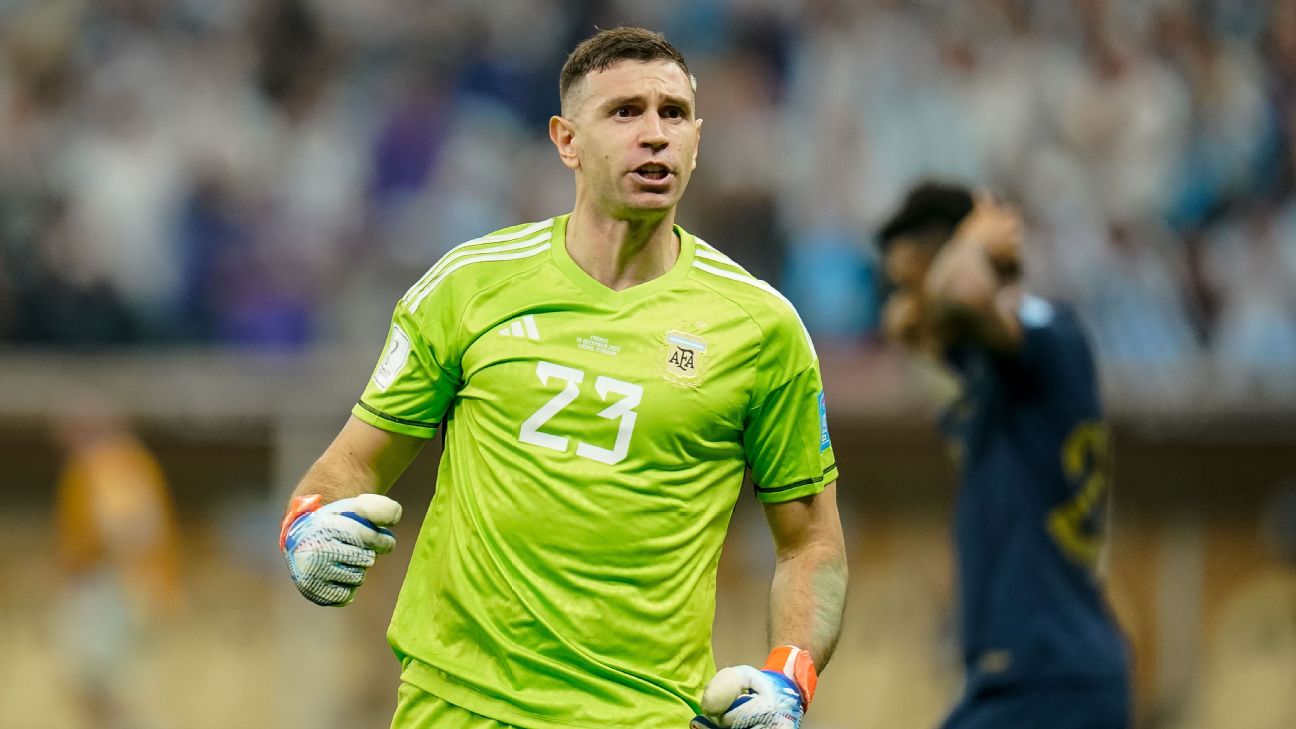 Patrick Vieira has criticised Argentina goalkeeper Emiliano Martinez for his celebrations after their World Cup final win over France.Martinez saved Kingsley Coman’s penalty in the shootout and threw the ball away before Aurelien Tchouameni dragged his spot-kick wide.- Stream on ESPN+: LaLiga, Bundesliga, more (U.S.)Following the epic final, Martinez picked up the “Golden Glove” award for being the best goalkeeper at the 2022 World Cup but celebrated with a vulgar gesture.The Aston Villa goalkeeper was also filmed mocking France star Kylian Mbappe in the dressing room and during the team’s return to Argentina for their open-top bus parade.France legend Vieira was asked about Martinez’s behaviour and said the player’s antics have overshadowed his great performances during the World Cup.Emiliano Martinez played a key role in helping Argentina to World Cup glory in Qatar. Photo by Tnani Badreddine/Defodi Images via Getty Images”Some of the pictures I saw from the Argentinian goalkeeper, I think, take away a little bit what Argentina achieved at the World Cup,” the Crystal Palace manager said at news conference on Friday.”I don’t think they really needed that. You can’t control sometimes people’s emotional decisions. But that was a stupid decision, I think, from Martinez to do that. I was really disappointed.”- World Cup Best & Worst: Memorable Messi & Salt Bae cameoVilla manager Unai Emery said he will hold talks with Martinez about his behaviour ahead of the resumption of Premier League action.”When you feel great emotion, it’s difficult to control yourself. I will talk to him next week about some of his celebrations,” Emery said in a news conference on Friday.”I respect him there, he is in the national team. Then he will be with us and that will be our responsibility. We can talk about it,” he added.Martinez will miss Villa’s Premier League game against Liverpool on Monday as he remains in Argentina.Information from Reuters was included in this report.