Tyrese Maxey injury update: 76ers guard may return as soon as Friday vs. Pelicans, per report 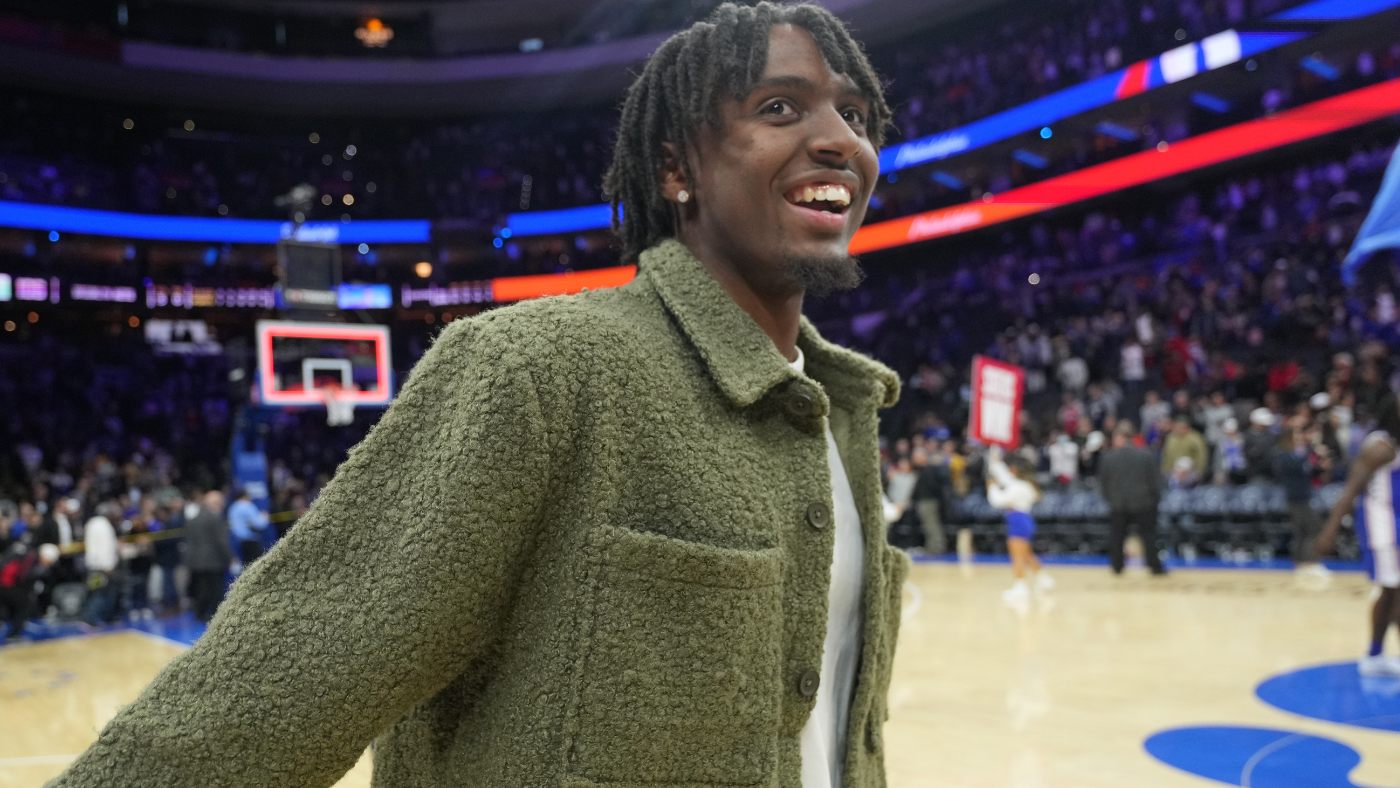 The red-hot Philadelphia 76ers are set to receive a boost in the coming days with the expected return of Tyrese Maxey. Out since Nov. 18 due to a foot injury, Maxey could play as soon as Friday night against the New Orleans Pelicans, according to Shams Charania. Maxey suffered the injury during the team’s win over the Milwaukee Bucks when he stepped on Jevon Carter’s foot. His ankle rolled violently, but instead of a sprained ankle he was diagnosed with a fractured bone in his foot that did not require surgery. The initial timeline for his absence was three-to-four weeks, but it has taken a bit longer for him to get back to 100 percent. Sixers head coach Doc Rivers sparked fears of a setback earlier this month when he told reporters on Dec. 15 that Maxey was “nowhere near” where the team hoped him to be, and added that he couldn’t see Maxey playing in the next couple of weeks.

Thankfully for the Sixers, those concerns have now been quelled. Maxey is indeed on the comeback trail and will return to the lineup soon. Perhaps wary of his past comments, Rivers would not give an official timeline last week, but noted on Dec. 23 that Maxey had a great workout and was “close” to playing. When Maxey went down, the Sixers were already playing without James Harden and were off to a disappointing 8-7 start. At that time, there were serious concerns about the team and its ability to compete at the top of the Eastern Conference. The vibes are much different in Philadelphia these days, thanks to Joel Embiid’s dominant play and Harden’s strong return from injury.

After losing Harden’s first game back, the Sixers have ripped off eight consecutive wins to improve to 20-12 on the season. They are now all alone in fifth place and sit just three games behind the Boston Celtics for the top spot in the Eastern Conference. Things are not perfect, by any means, but they have two elite players and have been terrific on the defensive end; entering Monday’s slate of games they are second in defensive rating at 108.7.

Maxey will help solve some of the offensive woes with his quickness and shooting ability. Prior to his stint on the sidelines, he was an early leader in the race for Most Improved Player. His 22.9 points, 3.5 rebounds and 4.4 assists per game were all career-high marks, and he was shooting 42.2 percent from 3-point land. Even though he’s expected to be on a minutes restriction when he first comes back, he should make an immediate impact.

With Maxey on his way back, Embiid and Harden playing at a high level and a comfortable schedule over the next month, the Sixers appear to be in business as we head toward the midway point of the season.