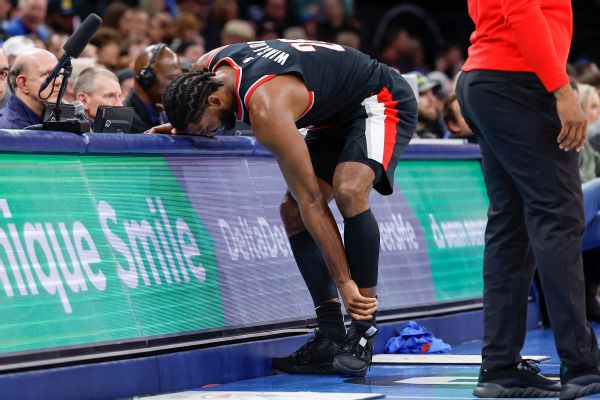 Winslow injured his left ankle during a 101-98 loss at Oklahoma City on Wednesday and left the game in the third quarter. He will be re-evaluated in two weeks, according to the team.

A eighth-year pro out of Duke who played last season for the LA Clippers and Trail Blazers, Winslow is averaging 6.8 points, 5 rebounds and 3.4 assists through 29 games.

Information from Reuters was included in this report.