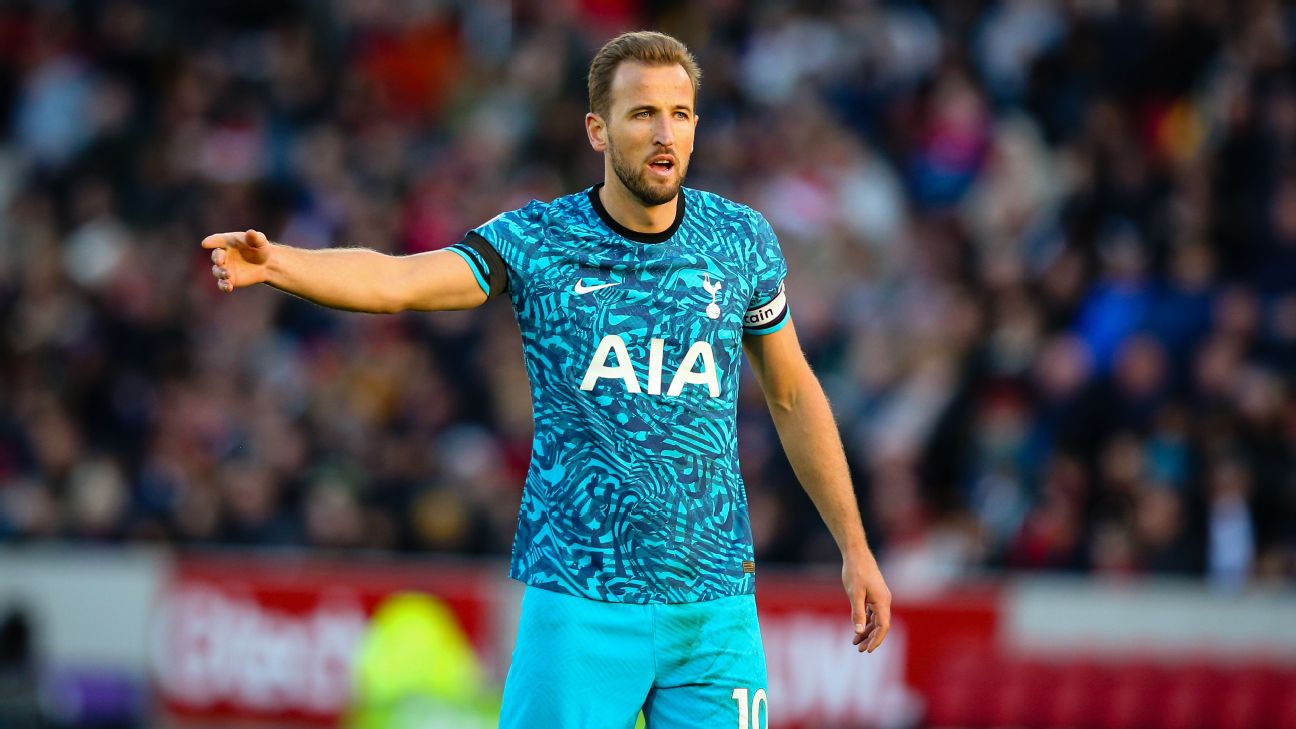 Tottenham Hotspur manager Antonio Conte said he had no doubts that Harry Kane would rise above the disappointment of his World Cup heartache as the Premier League season resumed on Monday.Kane matched Wayne Rooney’s England goalscoring record by converting a penalty in the World Cup quarterfinal against France but later missed from the spot with a chance to equalise in the 2-1 defeat.- Stream on ESPN+: LaLiga, Bundesliga, more (U.S.)He got straight back to business on Monday though with a majestic 65th minute header to spark a Tottenham revival in a 2-2 draw at Brentford after Spurs trailed 2-0.”Personally, about Harry, I have zero doubt about his quality, about his mentality, about the way he approached every game and every training session,” Conte told reporters.”For sure, for Harry, he’s facing a strange situation because he played a really good World Cup. The team played the quarterfinal, then he missed this penalty. It was a decisive penalty. But you know very well, football is this.”You can have positive or negative moments. If you are strong mentally, if you are a top player, there is a moment you have to put to one side a negative situation and move on. I think Harry did this.”Brentford fans had taunted Kane with chants of “you let your country down,” but Conte said fans should instead clap for him.It was Kane’s 13th goal of the season and six minutes later Pierre-Emile Hojbjerg’s well-taken goal ensured Tottenham took a share of the points that had not looked likely after they trailed 2-0 in the 54th minute.It was the sixth Premier League game in a row that fourth-placed Tottenham had conceded the first goal, but the way they responded after the interval impressed Conte.”In one side, I have to be happy for the way, for the reaction, for the way we played in the second half of the game,” Conte said. “Not only the way we scored two goals, but the energy, the desire, the intensity that we played.”When you play in this way for sure you create a lot of problems for your opponent.”