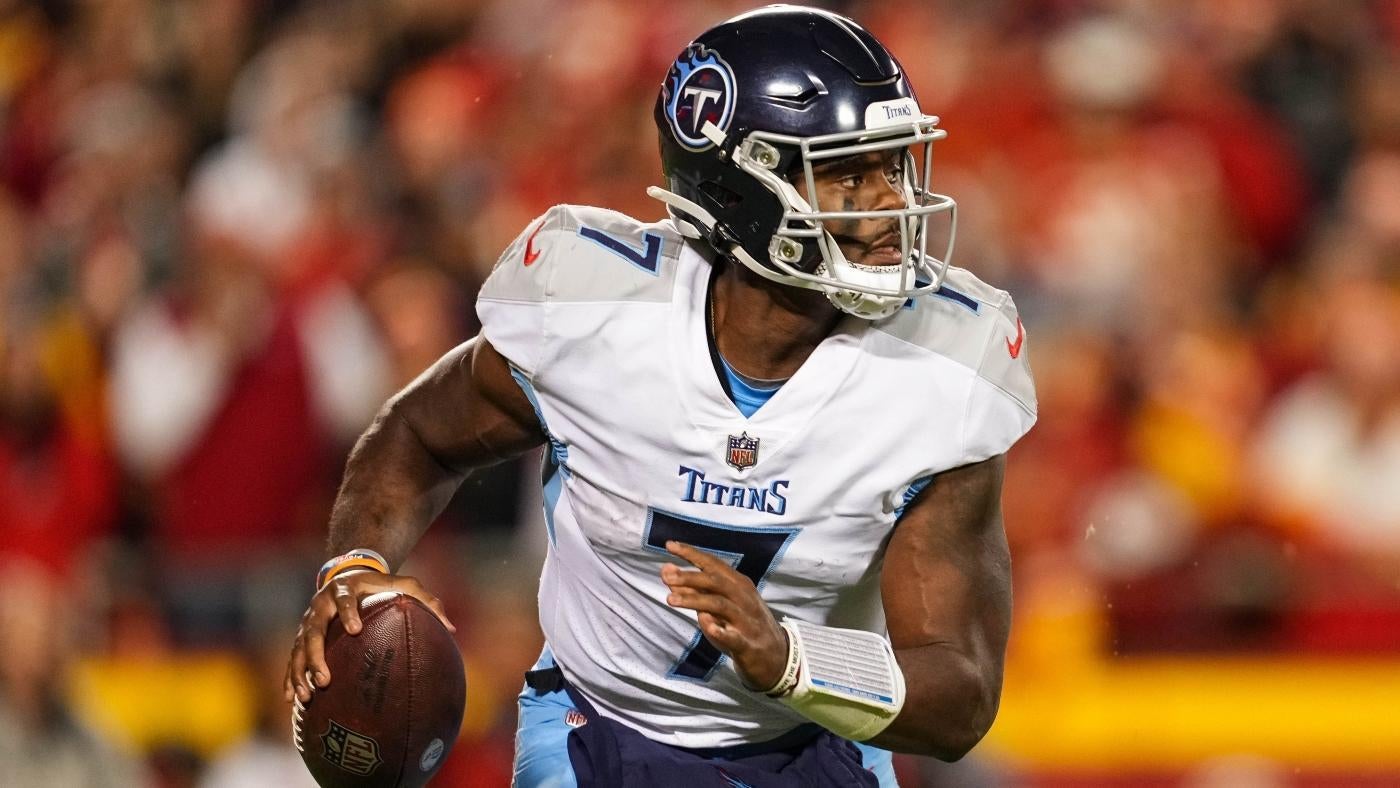 The Dallas Cowboys will try to keep their slim hopes alive for the NFC East title when they visit the fading Tennessee Titans on Thursday Night Football. Dallas (11-4) recorded a 40-34 home victory over Philadelphia last Saturday to climb within two games of the first-place Eagles with two remaining. The Cowboys own the tiebreaker should the rivals both finish with 13-4 records and, with help, also could wind up with the No. 1 seed in the NFC playoff bracket. Tennessee (7-8) is coming off its fifth consecutive loss, a 19-14 setback against Houston and is tied with Jacksonville for first in the AFC South standings. Kickoff from Nissan Stadium in Nashville is set for 8:15 p.m. ET. Dallas is a 10-point favorite in the latest Titans vs. Cowboys odds from Caesars Sportsbook, while the over/under for total points scored is 41. Before making any Cowboys vs. Titans picks, you need to see the NFL predictions and betting advice from SportsLine’s advanced computer model.The model, which simulates every NFL game 10,000 times, is up well over $7,000 for $100 players on top-rated NFL picks since its inception. The model enters Week 17 of the 2022 NFL season on an incredible 158-113 run on top-rated NFL picks that dates back to the 2017 season.The model also ranked in the top 10 on NFLPickWatch four of the past six years on straight-up NFL picks and beat more than 94% of CBS Sports Football Pick’em players four times during that span. Anyone who has followed it is way up.

Why the Cowboys can coverDallas has won seven of its last nine contests, with both losses coming in overtime on road. The Cowboys have scored an average of 36 points during that nine-game span, recording 40 or more on four occasions, while allowing 22.8 per contest. Since the start of the 2021 campaign, they have posted nine 40-point performances, the most in a two-season span since Denver registered 10 across 2013 and 2014.Dak Prescott is coming off his first 300-yard effort of the year, as he racked up 347 on 27-of-35 passing in the win against Philadelphia. The 29-year-old has thrown three touchdown passes in three of his last four contests, with CeeDee Lamb hauling in three of the nine scoring tosses. Lamb has caught all 18 targets as a slot receiver for 240 yards and a TD over his last three games and leads the NFL with 759 yards from the slot this season. See which team to pick here.

Why the Titans can coverWith quarterback Ryan Tannehill out following ankle surgery and a third straight division title still within its grasp, Tennessee likely will rely on Derrick Henry more than usual. The two-time NFL rushing leader has recorded eight 100-yard performances this season, reaching triple-digits in his last three outings. Henry is second in the league in rushing yards (1,429) and touchdowns (13), running for at least one score in 10 of his 15 contests.Rookie signal-caller Malik Willis has yet to throw for 100 yards or a touchdown in three starts this year, but he began to form a connection with Robert Woods last Saturday. Four of Willis’ 14 completions against the Texans were to Woods, who finished with 30 yards. The 30-year-old wideout leads the Titans with 44 catches and 448 receiving yards in his first year with the team after winning the Super Bowl with the Los Angeles Rams last season. See which team to pick here.How to make Cowboys vs. Titans picks on TNFSportsLine’s model is leaning Under on the point total, calling for 42 combined points. The model also says one side of the spread hits in over 50% of simulations. You can only see the model’s TNF picks at SportsLine.