Titans’ Ryan Tannehill out for rest of regular season 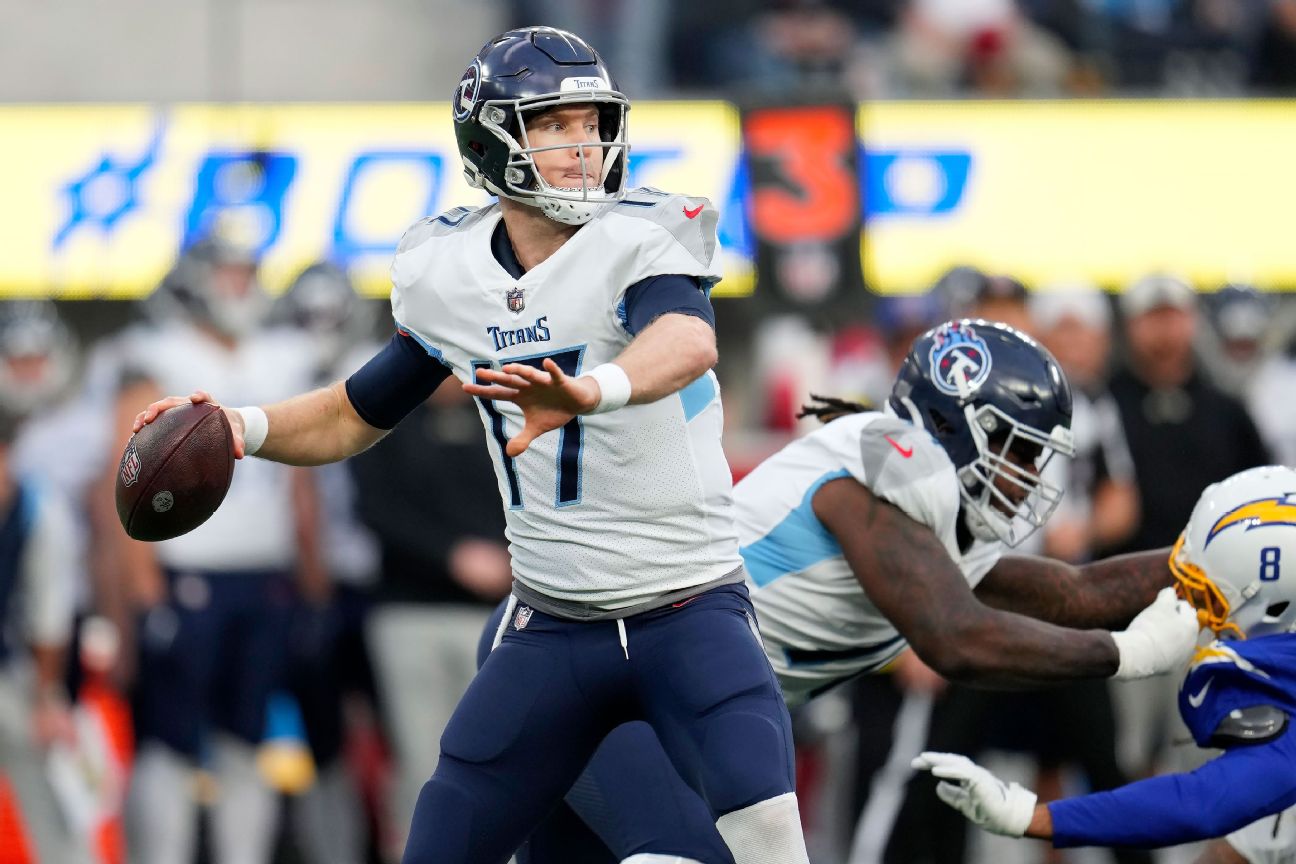 Tennessee Titans quarterback Ryan Tannehill will not play again during the regular season after undergoing surgery for a high right ankle sprain this week, a league source told ESPN on Saturday.It is considered unlikely that Tannehill would return if the Titans (7-7) were to win the AFC South and qualify for the postseason, the source told ESPN.Tannehill had been rehabbing in an effort to do whatever he could to make it back over the next few weeks.1 RelatedThe Titans, mired in a four-game losing streak, will now rely on rookie quarterback Malik Willis as their division lead has dwindled to half a game over the surging Jacksonville Jaguars.Tannehill was carted off with his ankle injury Sunday when Los Angeles Chargers linebacker Khalil Mack landed on his right foot during Tennessee’s opening offensive series. Tannehill missed only one series before returning to the game with the ankle heavily taped, playing through an injury that days later would necessitate surgery.There are now questions about not only Tannehill’s short-term future, but his long-term outlook as well. He will be entering the final season of his four-year, $118 million deal after this season, but after guaranteeing the first three years of his extension, the Titans have contractual flexibility in Year 4 of the deal.The Titans can opt to try to sign Tannehill to an extension that would create added salary-cap space, or they can free up as much as $27 million against their 2023 cap by releasing him — a decision that will shape the direction of the franchise.Tennessee hosts the Houston Texans (1-12-1) on Saturday and the Dallas Cowboys in Week 17 before closing the season at Jacksonville the following week.Tannehill has passed for 2,536 yards and 13 touchdowns with six interceptions this season — his fourth with the Titans.ESPN’s Turron Davenport contributed to this report.