Titans’ Ryan Tannehill has tightrope ankle surgery, doing what he can to play Week 18 vs. Jaguars, per report 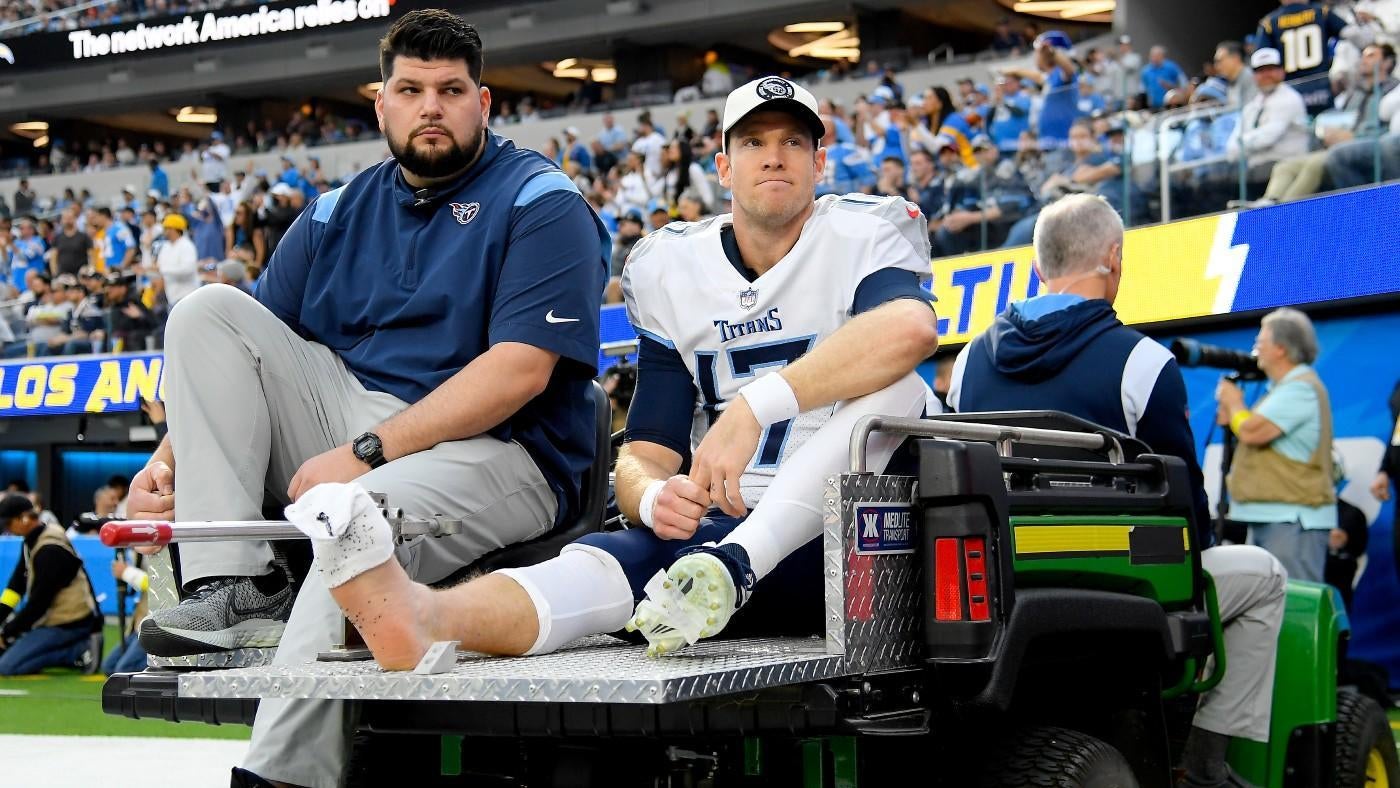 The Tennessee Titans are once again one of the most injured teams in the NFL, and they have reportedly lost one of their most important players as the team enters a pivotal stretch at the end of the regular season. The Athletic previously reported that Titans quarterback Ryan Tannehill is most likely done for the season with his ankle injury, but that may not be the case. Per NFL Network, Tannehill has undergone tightrope surgery and is doing everything he can to play Week 18 vs. the Jaguars — a game that will decide the AFC South.Tannehill suffered what was the second injury to his right ankle on Tennessee’s first drive of the eventual 17-14 loss to the Los Angeles Chargers in Week 15, when the quarterback was tackled by Khalil Mack, and had the ankle rolled up on. Tannehill was carted to the locker room, but returned to the lineup after just one drive off and finished the game. In speaking about the pain he was in this past Sunday, Tannehill told reporters, “Whatever the top rating on the pain scale, it was that,” per NFL Media.

Tannehill averaged 211.3 passing yards per game this season and threw 13 touchdowns compared to six interceptions. He struggled at times with a subpar wide receiving corps and the worst pass-blocking offensive line in the NFL, per PFF. Tannehill missed two games earlier this season after injuring his right ankle against the Indianapolis Colts.

This news comes at a bad time for the Titans. They are on a four-game skid and just one game ahead of the surging Jacksonville Jaguars in the AFC South. A spot in the playoffs is on the line these next three weeks. With Tannehill sidelined, rookie Malik Willis will take over as the new starter. The third-round pick out of Liberty is 1-1 in his two starts this season, completing 17 of his 38 pass attempts for 177 yards and one interception. For depth, the Titans signed former University of Tennessee star Joshua Dobbs off of the Detroit Lions practice squad.Tannehill’s future in Nashville is uncertain. The first-round pick of the Miami Dolphins in 2012 signed a four-year, $118 million extension before the 2020 season, but according to Spotrac, there’s an “out” in his contract this offseason. The Titans already fired general manager Jon Robinson. More seismic moves could be on the way.

The Titans are currently on a five-game losing streak and stand at 7-8, in second place in the division behind the 7-8 Jaguars.