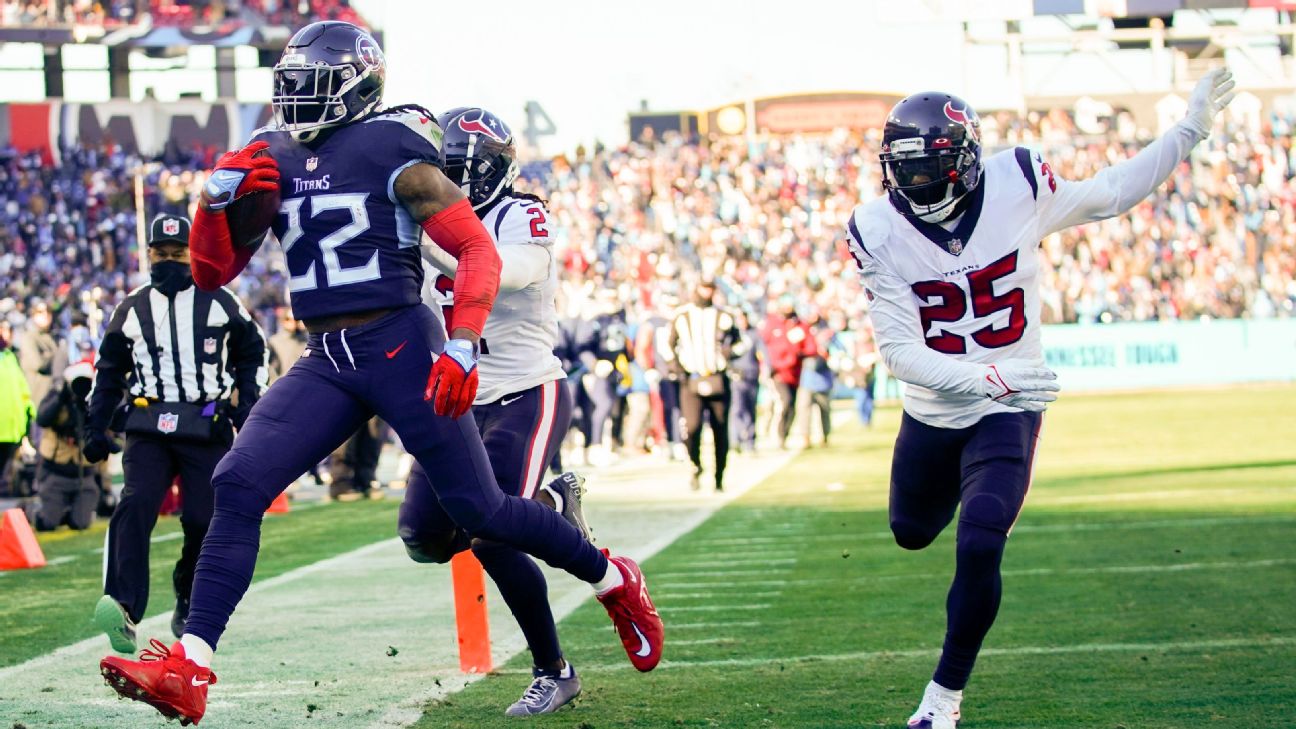 2:36 PM ETTurron DavenportESPN Close Covered Eagles for USA Today
Covered the Ravens for Baltimore Times
Played college football at Cheyney UniversityNASHVILLE, Tenn. — The Tennessee Titans got off to a much-needed fast start to take a lead over the Houston Texans when running back Derrick Henry took off for a 48-yard touchdown run on their second offensive series.Henry started on quarterback Malik Willis’ left side and took the handoff on an option look when two defenders focused on the quarterback opening up a running lane on the ride side.Henry broke a tackle and outraced the Texans’ defense to the end zone. The 6-foot-3, 247-pound back hit a top speed of 19.9 miles per hour. In total, Henry’s run traveled 65.8 yards from snap.The King is cooking early! 👨🏾‍🍳📺: Watch #HOUvsTEN on @NFLonCBS pic.twitter.com/uMaJot4OYf— Tennessee Titans (@Titans) December 24, 2022 Henry’s 48-yard scamper was the 12th rushing touchdown of his career of 40-plus yards. That ties Chris Johnson for fifth in NFL history and the Titans/Oilers franchise record.Henry has an NFL record four consecutive games of rushing for 200 or more yards against the Texans.