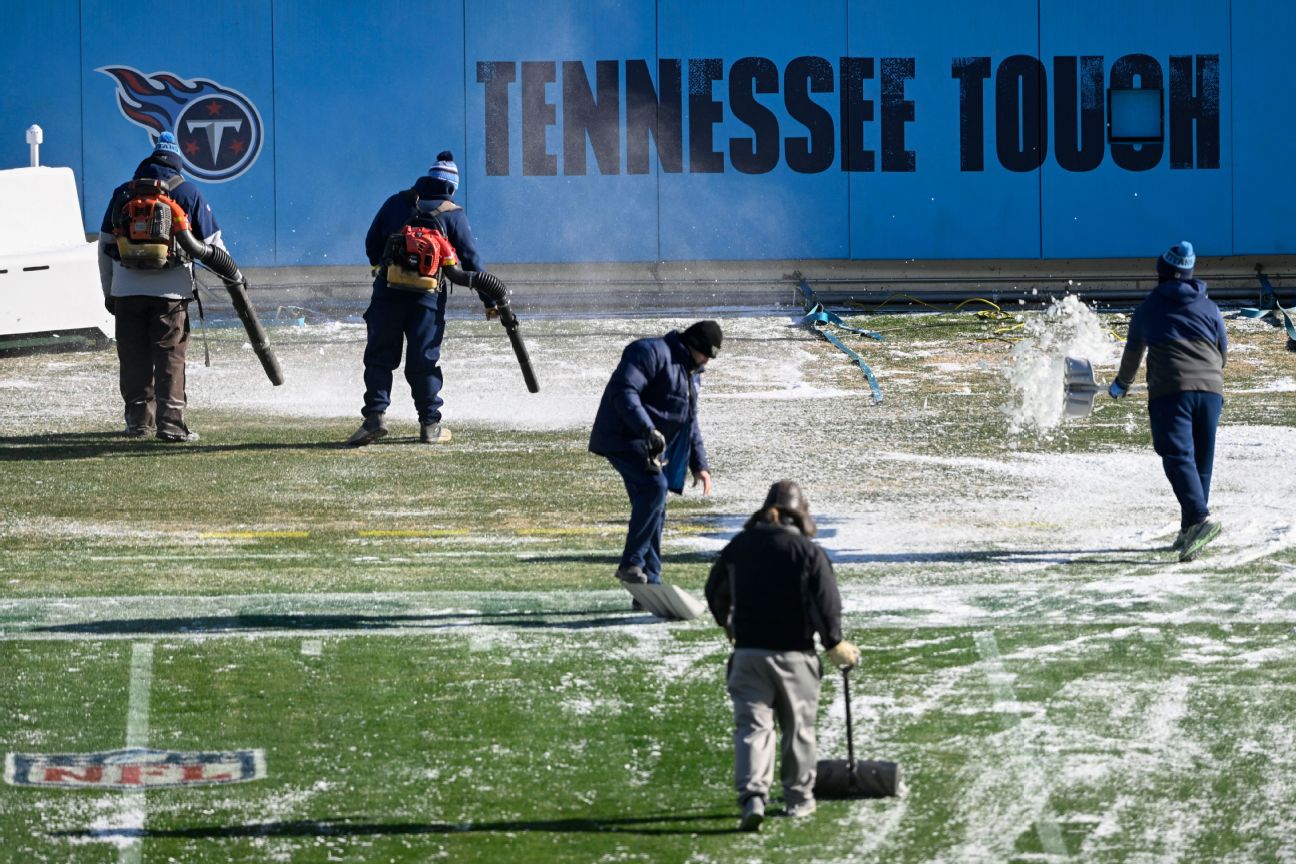 11:52 AM ETTurron DavenportESPN Close Covered Eagles for USA Today
Covered the Ravens for Baltimore Times
Played college football at Cheyney UniversityNASHVILLE, Tenn. — Due to power outages and rolling blackouts in the area, the Tennessee Titans have postponed Saturday’s game against the Houston Texans to 2:02 p.m. ET, sources told ESPN’s Adam Schefter.The Titans were asked by Nashville mayor John Cooper on Saturday morning to postpone the game because the Tennessee Valley Authority is conducting rolling blackouts due to unprecedented cold temperatures resulting in high power demand.”I’ve been informed that TVA’s unilateral rolling blackouts will continue,” Cooper posted on Twitter. “All non-essential businesses should reduce power usage. I’ve asked the Titans to postpone their 12pm game in solidarity with our neighbors.”The expected temperature at kickoff is 18 degrees, making it the coldest game ever at Nissan Stadium. The previous coldest game the Titans have played at Nissan Stadium occurred on Dec. 31, 2017, when the temperature was 23 degrees at kickoff against the Jacksonville Jaguars.In franchise history, the Titans/Oilers have never hosted a game in which the temperature was below 23 degrees.The Titans had a tarp over the field with hot air blowing under it four hours before kickoff to keep the field from freezing. The hot air was fueled by gas, not electricity.Fans have already been admitted into the stadium.