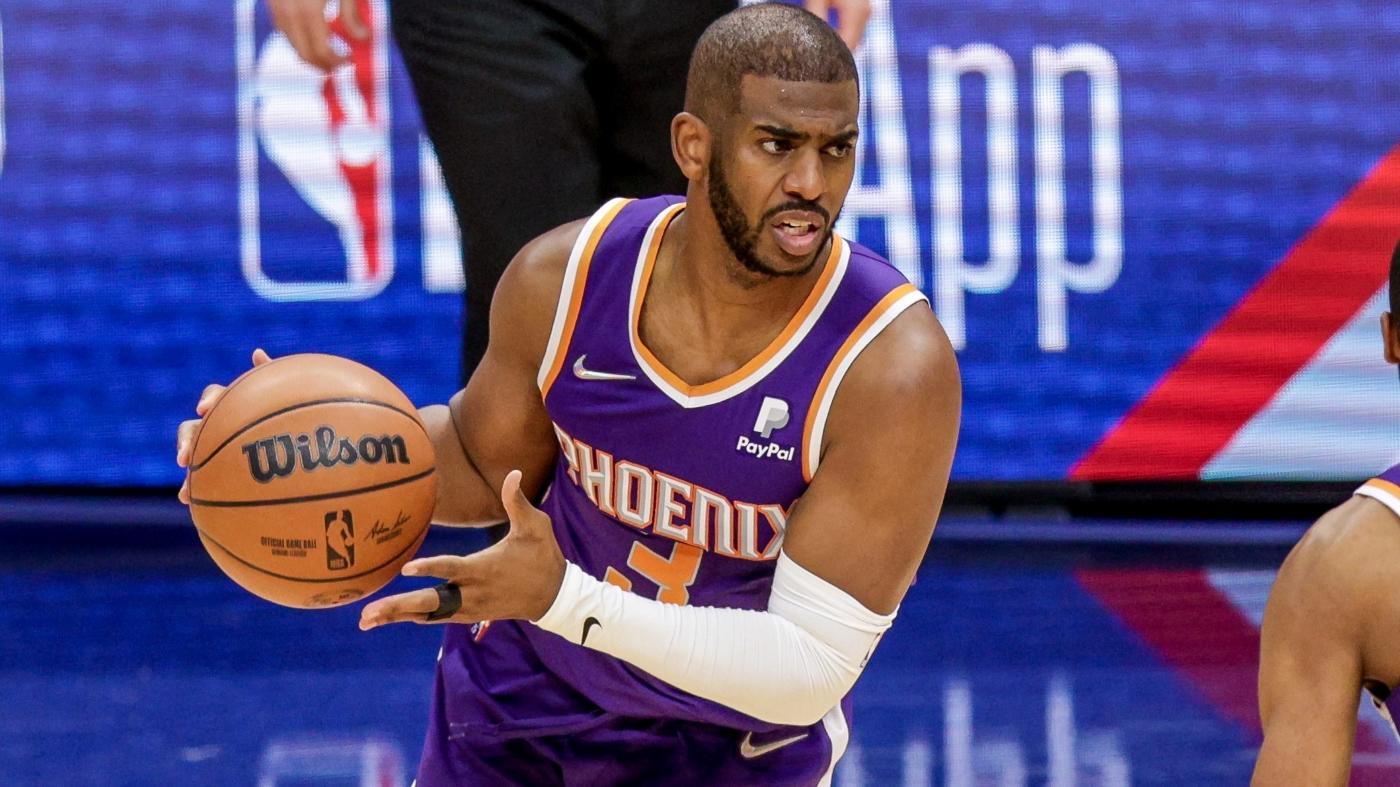 The five-game Christmas Day NBA schedule concludes with a matchup in the Mile High City. The Denver Nuggets (20-11) host the Phoenix Suns (19-14) in a battle of Western Conference contenders. Phoenix has dropped two straight games and Devin Booker (groin) remains day-to-day. Denver, meanwhile, has won three straight games.Tip-off is set for 10:30 p.m. ET in Denver. Caesars Sportsbook lists Denver as a 4.5-point favorite in the latest Nuggets vs. Suns odds. The over/under for total points is set at 143. Before locking in any Nuggets vs. Suns picks, be sure to check out the NBA predictions and betting advice from the SportsLine Projection Model.The SportsLine Projection Model simulates every NBA game 10,000 times and has returned well over $10,000 in profit for $100 players on its top-rated NBA picks over the past four-plus seasons. The model enters Week 10 of the 2022-23 NBA season on a stunning 28-12 roll on all top-rated NBA picks this season, returning almost $1,400. Anyone following it has seen huge returns.Now, the model has set its sights on Suns vs. Nuggets, and just locked in its Christmas Day NBA picks. You can visit SportsLine now to see the model’s picks. Here are several NBA odds and betting lines for Nuggets vs. Suns:

Why the Suns can coverGuard Mikal Bridges is a two-way threat for the Suns. Bridges has elite length and athleticism that allows him to be an outstanding defender. The Villanova product owns a polished jumper from the perimeter, shooting 39% from beyond the arc. Bridges averages 15.8 points, 4.7 rebounds and 1.2 steals per game. On Dec. 15, he dropped 27 points, six rebounds and two blocks. Guard Chris Paul is still an exceptional floor general. Paul is very creative as a distributor and is an accurate passer. The 12-time All-Star plays with great anticipation and has a knack for steals. He’s putting up 12 points, 4.6 rebounds, 8.7 assists and 1.5 steals per game. Paul has recorded a double-double in two of his last five outings. Why the Nuggets can cover Denver is one of the NBA’s hottest teams right now. The Nuggets have won three straight and six of their last seven. They had one of their better wins of the season this past Tuesday, beating the Memphis Grizzlies 105-91 and easily covering as 1.5-point underdogs in that one. In total Denver has covered in two straight and three of its last five. The Nuggets are 8-6 against the spread at home this season.

The Nuggets are healthy and getting Nikola Jokic, Jamal Murray, Aaron Gordon and Michael Porter Jr. on the floor at the same time has been a huge boost for this squad. Jokic leads the way with 24.9 points, 10.9 rebounds and 9.3 assists per game. The other three are all averaging at least 16.5 points per game, helping Denver rank eighth in the league in scoring average (115.6 ppg).How to make Nuggets vs. Suns picksSportsLine’s model is leaning Over on the total, projecting the teams to combine for 243 points. It has also generated an against-the-spread cashes in more than 50% of simulations. You can only get the model’s pick at SportsLine. So who wins Suns vs. Nuggets? And which side of the spread hits in more than 50% of simulations? Visit SportsLine now to see which side of the spread to jump on, all from the advanced model that is up nearly $1,400 on all top-rated NBA picks this season, and find out.