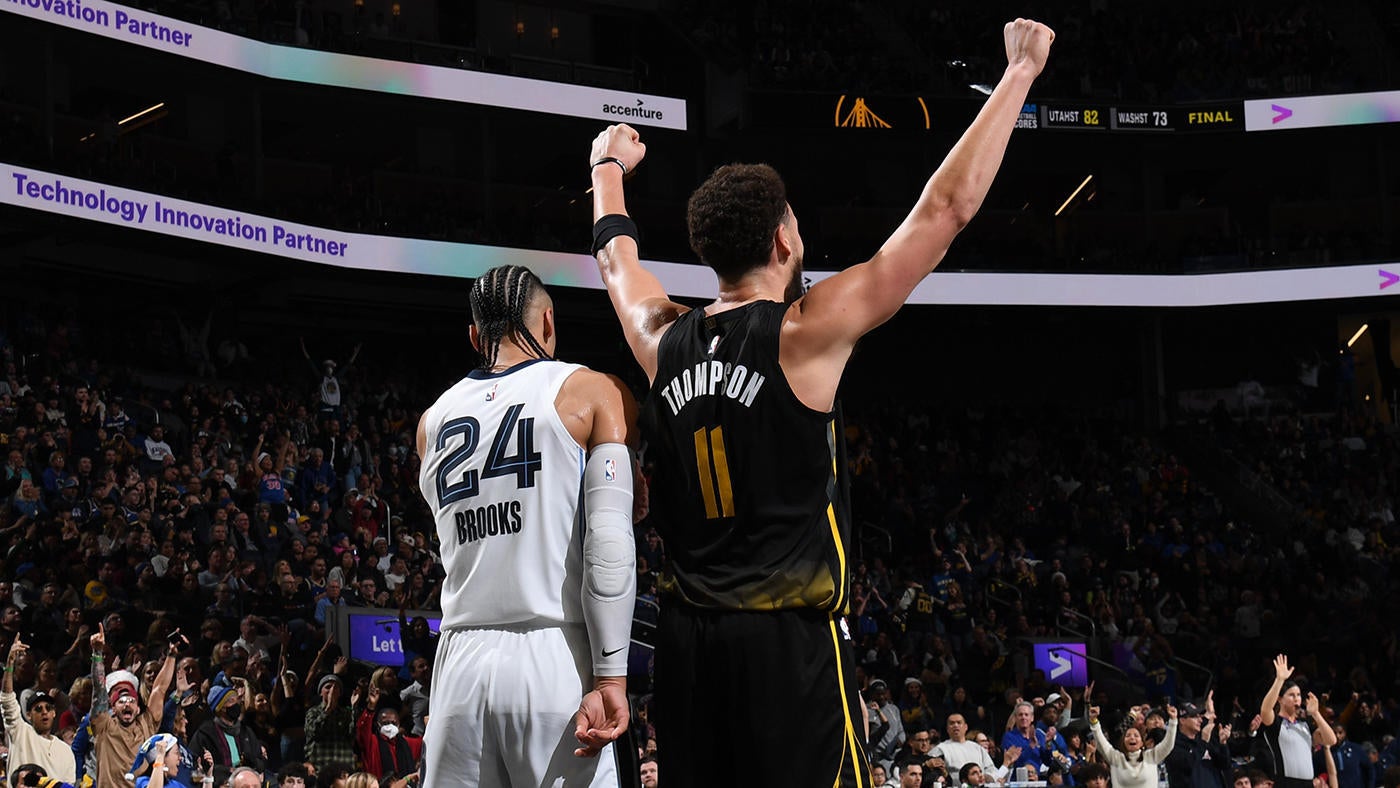 SAN FRANCISCO — It was so on-brand for the Memphis Grizzlies, it verged on parody.

In the visiting locker room before games, most teams play a steady loop of the opponent’s highlights, including scouting notes, on whatever monitor they can get their hands on. Prior to the Grizzlies’ marquee Christmas Day matchup against the Warriors, however, the Golden State scouting video was relegated to a laptop with its screen tilted heavily toward the floor. Instead, the Memphis players had their eyes glued to a TV showing a live feed of … the Boston Celtics.

“[The Golden State scouting video] will go on later,” injured Grizzlies veteran Danny Green told CBS Sports in the locker room before the game. “We watch enough of the Warriors.”

In case you missed it, Grizzlies guard Ja Morant recently named the Celtics as the team he feels Memphis has to get through in order to win a title. When asked about Western Conference teams, he now-famously said, “Nah. I’m fine in the West.” The fact that the Celtics-Milwaukee Bucks game took precedent over the Warriors an hour before they played says everything about the bravado and swagger the Grizzlies have flaunted for the last few seasons.

Here’s the thing about swagger, though. It looks real ugly when you lose.

For 48 minutes starting with the opening whistle, the Warriors — without injured All-Stars Steph Curry and Andrew Wiggins — proceeded to wipe the floor with the Grizzlies en route to a 123-109 win. Golden State led by as many as 20 points, and never trailed after the 2:49 mark of the first quarter. The Warriors went 18 for 44 from 3-point range and outrebounded the board-monster Grizzlies, 61-54. It was a good, old-fashioned Christmas whooping, like Uncle Eddie kicking a bound-and-gagged Mr. Shirley in the rear end as he entered the Griswold household.

“The fact that they’re the young up-and-coming team, there’s been a lot of chirping back and forth. It’s all healthy and it’s good stuff. It’s the spirit of competition, and so it’s fine with me,” Warriors head coach Steve Kerr said after the win. “We know how good they are, and we’re trying to keep it rolling and they’re trying to knock us off the mountain. So it sets up for a really good matchup.”

The Warriors kept it rolling on Christmas. And, boy, did they enjoy it. Draymond Green stared down Morant after blocking his shot. Ty Jerome proudly displayed his open right hand to the rabid Chase Center crowd after Memphis inexplicably parted the seas for his wide-open layup. In the final minutes, Klay Thompson — who has experienced more than his fair share of frustration since the last time he played a Christmas Day game in 2018 — knocked down a jumper and earned a technical foul for taunting Dillon Brooks after a stumble landed him on the hardwood floor.

Lest we forget, Brooks’ flagrant foul broke former Warrior Gary Payton II’s elbow during their six-game Western Conference semifinal series this past spring, and earlier this week Brooks said he was looking forward to guarding Thompson on Christmas because he had been “talking a little smack.”

“It’s always fun to talk trash — been doing that since we were in middle school,” Thompson said after the game. “That’s when you can play at your best, or get frazzled. For me, it’s usually the former.”

Thompson went just 8 for 25 from the field, but Kerr pointed out his nine rebounds and energy as signs of the win-at-all-costs mentality that’s helped the Warriors to four titles in eight seasons. On this night, he was merely a cog in a full team effort from Golden State.

Jordan Poole filled in admirably in the Curry role, running around screens, popping for deep 3s and dropping in floaters on his way to 32 points. His emotions showed as well, though they were mostly directed toward the officials, as he earned an ejection with just over nine minutes left. Donte DiVincenzo added 19 points on 5-for-9 3-point shooting, while Jerome scored 14 points on 6 of 9 from the field. With any of those three on the floor, the Warriors showed why their unique offensive system can be so devastating, even with Curry on the sideline donning a trendy, holiday-green tweed topcoat.

“They don’t change their system,” Grizzlies coach Taylor Jenkins said of playing the Warriors sans Curry. “They play with the same pace, they try to establish in transition, one of the league leaders in 3-point attempts. … And then just the constant body movement and ball movement. They’re the best in the league at it.”

Green teetered on the edge, as he always does, but reeled things in enough to avoid his own second technical and remain in the game. In typical Draymond Green fashion, he dominated while hardly scoring, collecting 13 assists and 13 rebounds to go with his three points — along with what Kerr called “all-world” defense. As one of the veteran leaders of this Warriors group, he must smirk at the confidence with which the Grizzlies play, knowing full well that he acted the same way as Golden State took its lumps before finally breaking through in 2015.

Despite the loss, don’t expect the Morant-led Grizzlies to stop talking any time soon — they’re one of the top teams in the West and just saw their three best players take the court together for the fist time this season a couple days ago. In a sport full of elite athletes in superhero-level physical condition, supreme confidence can be the narrow difference between a champion and an also-ran.

As for the Warriors, games like this Christmas win and a dominant victory over the Celtics a couple weeks ago show that they’re still as dangerous as ever in a single-game setting. The question, made more urgent by their abysmal 3-16 road record, is whether they can sustain excellence for long enough stretches to win another title. We won’t know that answer until the postseason — if they get there — but they’re hoping to forge the necessary mojo in an upcoming stretch of seven home games in 14 days.

“We’ve been great at home, but we haven’t really built a lot of momentum this year. It’s kind of been stops and starts,” Kerr said on Christmas. “It feels like it’s time to turn it up, and so we’ve got to build on this.”