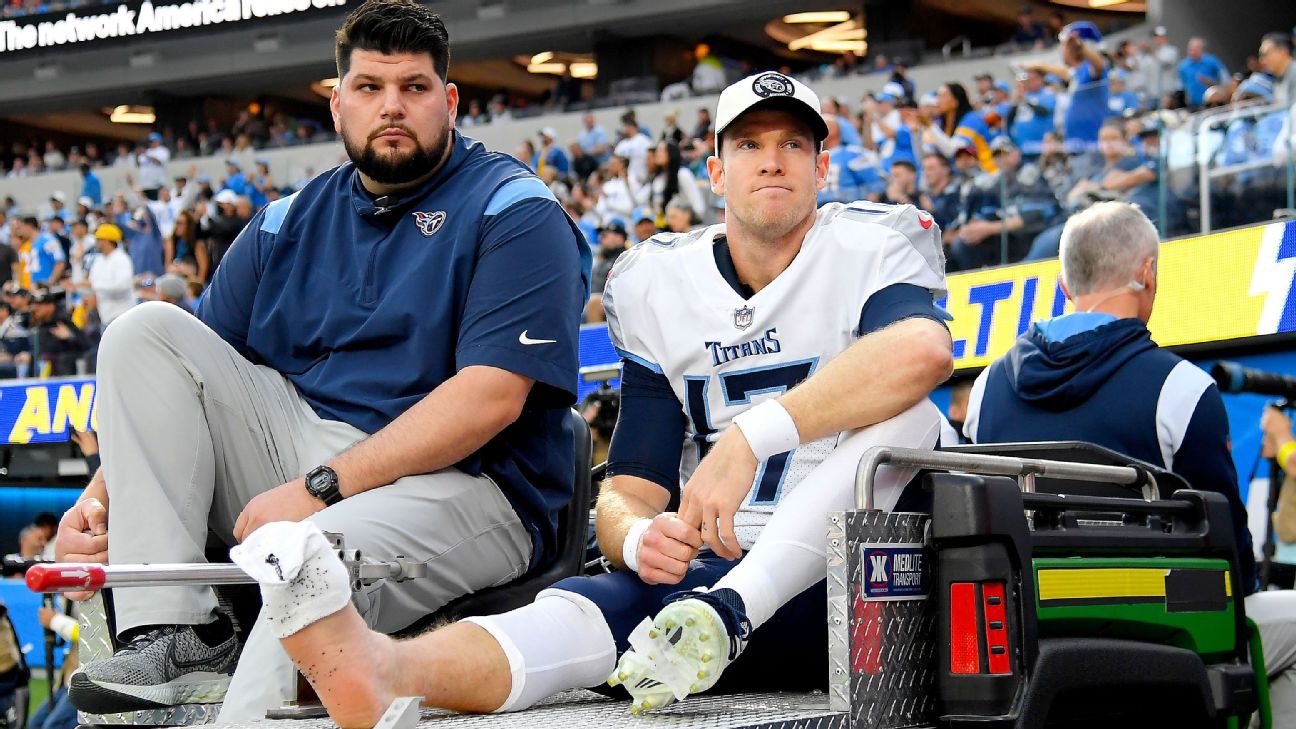 Tennessee Titans quarterback Ryan Tannehill underwent ankle surgery this week, leaving him as a “long shot” to play again this season, league sources told ESPN.Tannehill is rehabbing in an effort to do whatever he can to try make it back over the next few weeks, and the Titans have not given up hope that someone as tough as the former Pro Bowler could make it back this season.But a return this season undoubtedly would be a challenging task, and the Titans (7-7) now must rely on rookie quarterback Malik Willis to lead them to an AFC South title and a postseason spot.Tannehill was carted off with his ankle injury Sunday when Chargers linebacker Khalil Mack landed on his right foot during Tennessee’s opening offensive series. Tannehill missed only one series before returning to the game with the ankle heavily taped, playing through an injury that days later would necessitate surgery.”We are never going to question his toughness or his willingness to get back and help us win,” Titans head coach Mike Vrabel said about Tannehill after the 17-14 loss.There are now questions about not only Tannehill’s short-term future, but his long-term outlook as well. He will be entering the final season of his four-year, $118 million deal after this season, but after guaranteeing the first three years of his extension, the Titans have contractual flexibility in Year 4 of the deal.The Titans can opt to try to sign Tannehill to an extension that would create added salary-cap space or they can free up as much as $27 million against their 2023 cap by releasing him — a decision that will shape the direction of the franchise.The Titans are mired in a four-game losing streak, and their division lead has dwindled to one-half game over the surging Jacksonville Jaguars.Tennessee, which has won the AFC South the past two seasons, on Saturday will host the Houston Texans (1-12-1) — the same team Willis made his first NFL start against on Oct. 30 in a 17-10 win. The Titans close the regular season at home against the Dallas Cowboys in Week 17 and on the road at Jacksonville the following week.Tannehill has passed for 2,536 yards and 13 touchdowns with six interceptions this season — his fourth with the Titans.