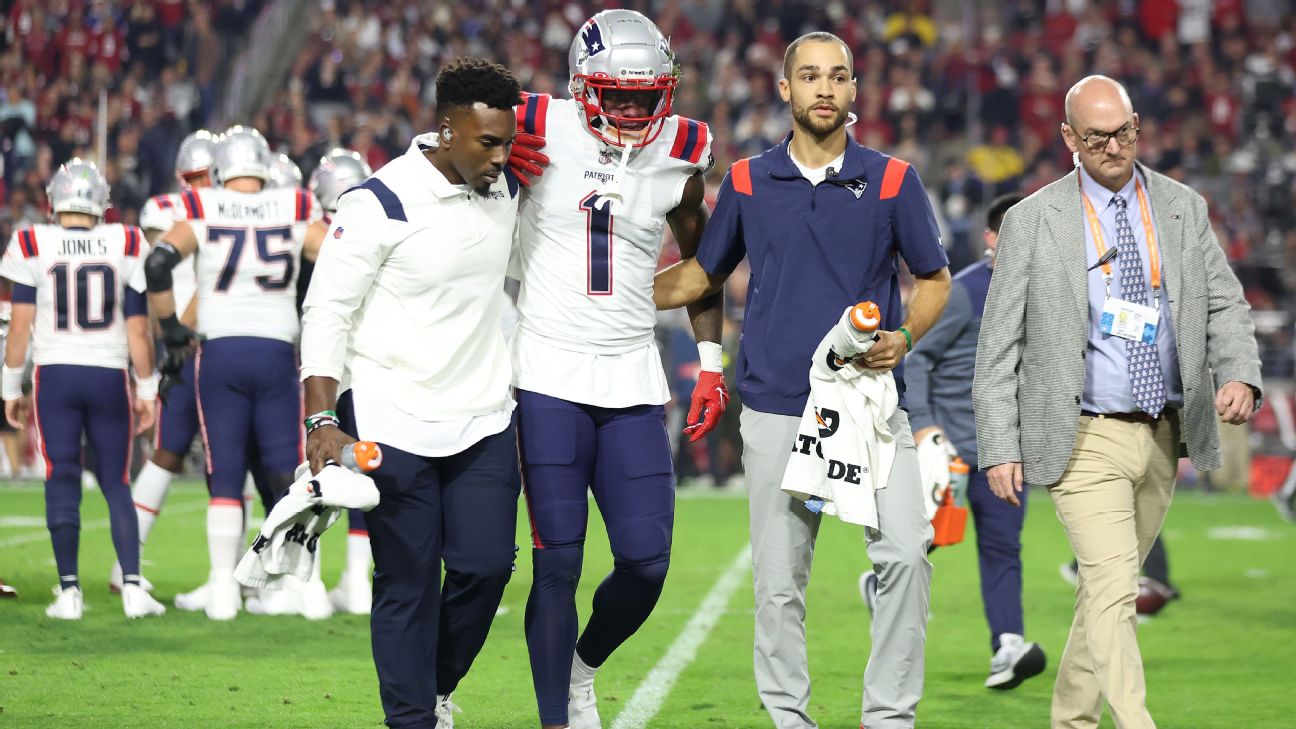 NEW YORK — The NFL and NFLPA have determined spotters assigned to watch players for concussions were aware New England Patriots wide receiver DeVante Parker had a possible head injury on Dec. 12 and were in position to prevent him from playing.After reviewing the incident in the Patriots’ game against the Cardinals, the league and the players’ union said the spotters never had to ask the officials to remove Parker for a concussion evaluation because Arizona threw a challenge flag to stop play.In making the determination, the two bodies said officials reviewed the medical staff reports and game video and interviewed the relevant medical personnel to understand the sequence of events.1 RelatedThe review was initiated because it appeared Parker may have been permitted to participate in the subsequent play without a concussion evaluation. The parties said Friday in a joint release that the game-day concussion checklist was followed.The documents and interviews established that one of the spotters was engaged with New England’s medical staff regarding a prior injury when Parker was hurt. The other certified athletic trainer spotter observed the play as it happened, heard the broadcasters’ commentary in real time and immediately informed his colleague of the need to review the play for a potential head injury.During the approximately 20 seconds that elapsed before play was stopped, both spotters requested the replay, reviewed that game video to confirm the player received an impact to the head and exhibited post-injury behavior, and concluded a mandatory evaluation was necessary.The spotters were in the process of calling a medical timeout when play was stopped because of the Cardinals throwing a challenge flag. The spotters then advised the Patriots medical staff that the player required a concussion evaluation pursuant to the protocol and he was removed from the field and evaluated.The NFL and the union said they were satisfied Parker would not have participated in another play even if the Cardinals had not challenged the play. They also commended players for pointing out Parker’s injury.Parker missed last week’s loss to the Las Vegas Raiders and has already been ruled out for Saturday’s game against the Cincinnati Bengals.Information from ESPN’s Mike Reiss and The Associated Press was included in this report.