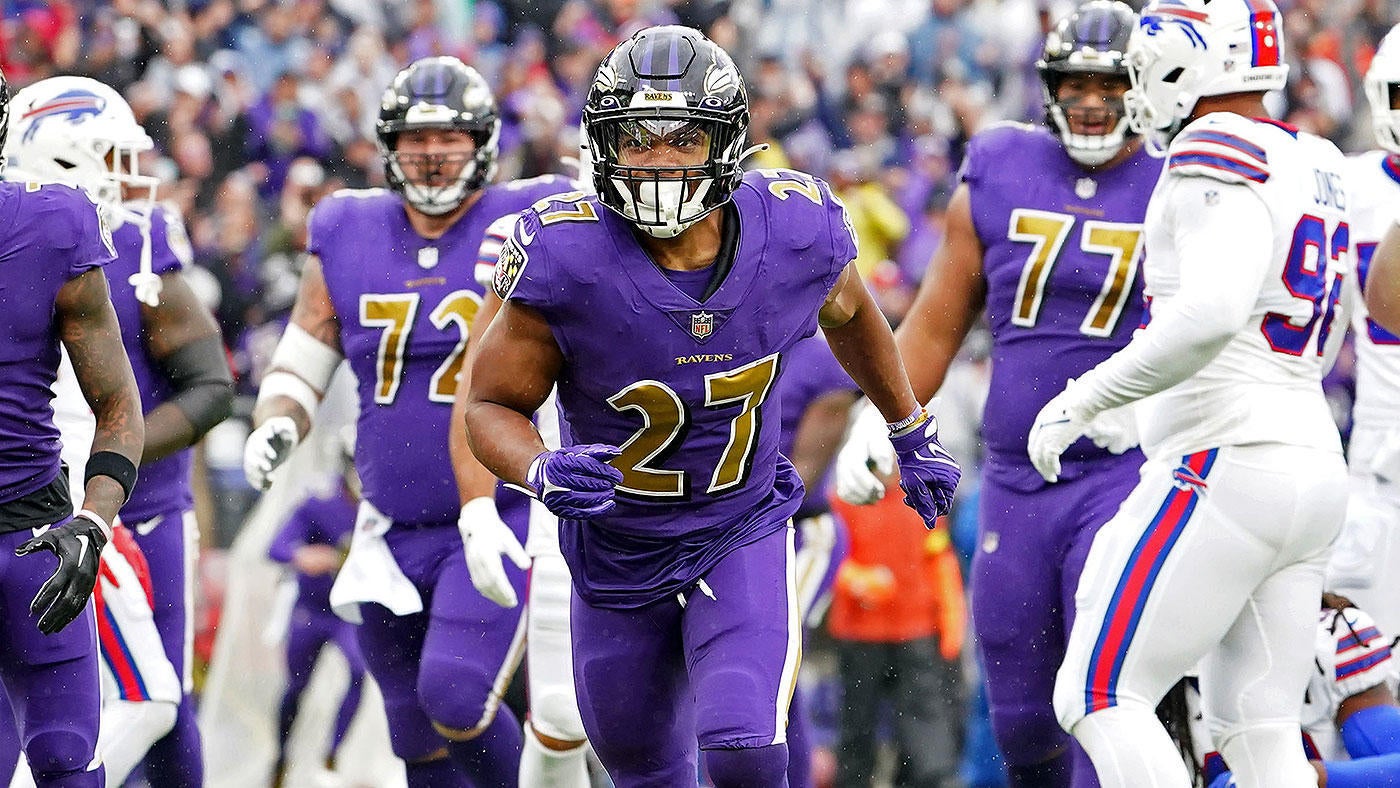 The Atlanta Falcons will try to stay in contention in the NFC South when they go on the road to face the Baltimore Ravens on Saturday afternoon. Atlanta has lost three straight games and five of its last six, but it is still just one game back of division-leading Tampa Bay. Baltimore had its two-game winning streak snapped in a loss at Cleveland last week, and it is going to be without star quarterback Lamar Jackson (knee) again on Saturday.Kickoff is set for 1 p.m. ET. Baltimore is a 6.5-point favorite in the latest Ravens vs. Falcons odds from Caesars Sportsbook, while the over/under for total points scored is 35.5. Before making any Falcons vs. Ravens picks, you’ll want to see the NFL predictions from the proven computer model at SportsLine.The model, which simulates every NFL game 10,000 times, is up more than $7,000 for $100 players on top-rated NFL picks since its inception. The model enters Week 16 of the 2022 NFL season on an incredible 157-113 run on top-rated NFL picks that dates back to the 2017 season. The model ranked in the top 10 on NFLPickWatch four of the past six years on straight-up NFL picks and beat more than 94% of CBS Sports Football Pick’em players four times during that span. Anyone who has followed it is way up.Now, the model has set its sights on Ravens vs. Falcons. You can head to SportsLine to see its picks. Here are several NFL betting lines for Ravens vs. Falcons:Ravens vs. Falcons spread: Ravens -6.5Ravens vs. Falcons over/under: 35.5 pointsRavens vs. Falcons money line: Baltimore -285, Atlanta +228Ravens vs. Falcons picks: See picks here

Why the Ravens can coverBaltimore is getting accustomed to playing without Jackson, as it has been able to win two of its last three games without him on the field. Running back J.K. Dobbins has been outstanding in his two games since returning from an injury, racking up a combined 245 yards on 28 carries in those contests. The Ravens rank near the bottom of the NFL in passing yards per game, so they are fine with using their rushing attack to control the pace of the game.Atlanta is going to be without its starting quarterback as well, with Marcus Mariota hitting the IR last week due to knee problems. Rookie Desmond Ridder did not have a strong start in his debut last weekend, throwing for just 97 yards in a loss to New Orleans. The Falcons have only covered the spread twice in their last eight games and are riding a five-game road losing streak coming into this matchup. They have also covered the spread just once in their last 10 games against Baltimore. Why the Falcons can coverBaltimore’s offense was not able to get anything going without Jackson on the field last week, scoring just three points in a double-digit loss to Cleveland. Tyler Huntley completed just 17 of 30 passes for just 138 yards and an interception. Atlanta has one of the league’s top rushing attacks, which features rookie running back Tyler Allgeier. He rushed for 139 yards and a touchdown against New Orleans last week, averaging 8.2 yards per carry. The Falcons are just one game back of Tampa Bay in the NFC South standings, so they will be fully motivated for this contest. Baltimore has only covered the spread once in its last five games and is a team to avoid until Jackson is at full strength. How to make Falcons vs. Ravens picksThe model has simulated Ravens vs. Falcons 10,000 times and the results are in. The model is leaning Over, and it also says one side of the spread has all the value. You can only see the pick at SportsLine.So who wins Falcons vs. Ravens? And which side of the spread has all the value? Visit SportsLine now to find out which side of the Ravens vs. Falcons spread you need to jump on Saturday, all from the model that has crushed its NFL picks, and find out.