Rams’ Aaron Donald out vs. Broncos, likely done for season 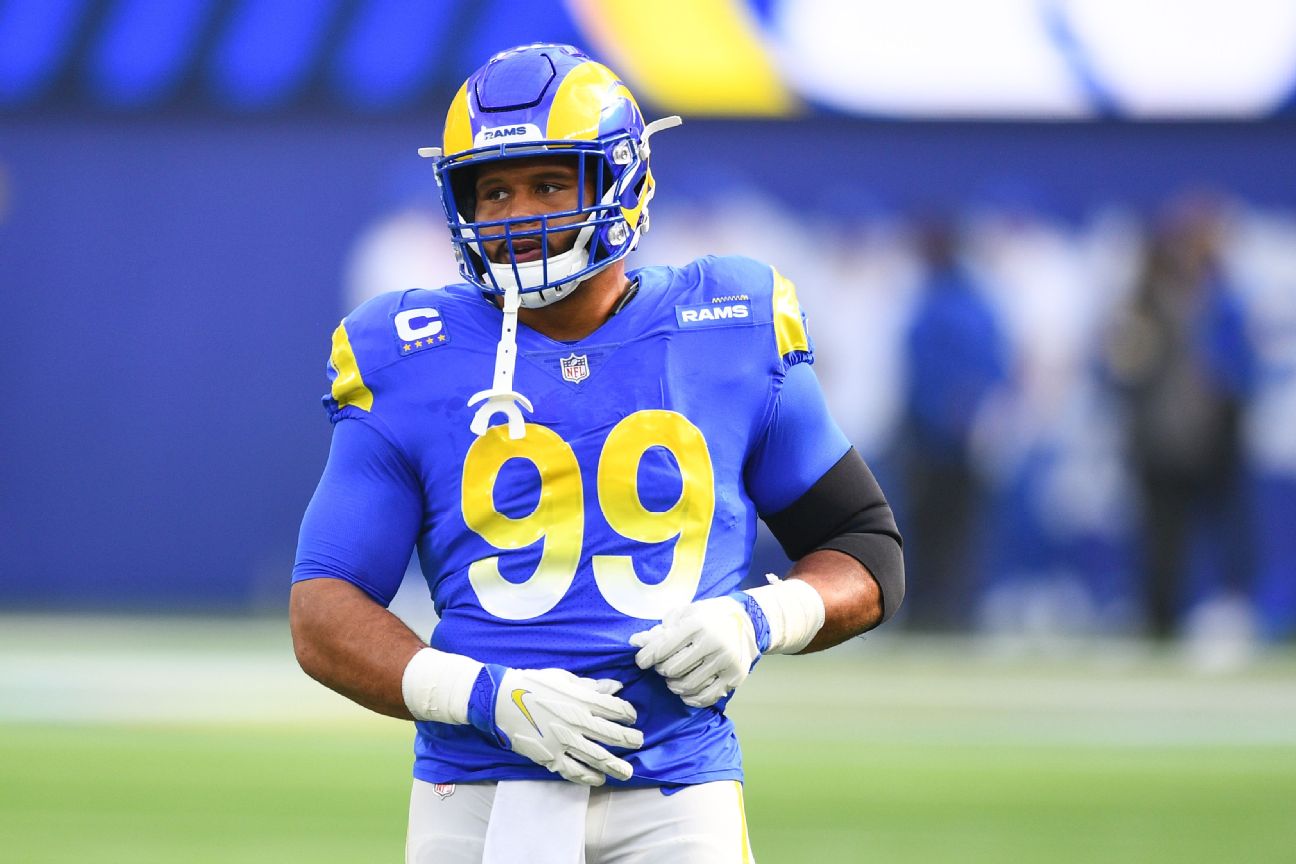 THOUSAND OAKS, Calif. — Los Angeles Rams defensive tackle Aaron Donald will not play Sunday against the Denver Broncos and is unlikely to play again this season, coach Sean McVay said Friday.Donald hasn’t played since suffering a high ankle sprain in Week 12 against the Kansas City Chiefs, with McVay saying previously that the team was taking it a week at a time with his return.2 RelatedMcVay on Friday said Donald is “making good progress” but would “probably not” be cleared before the end of the season.”Will he be fully cleared to be Aaron Donald?” McVay said. “And if he is, then we talk to him and see. But if not, we’ll err on the side of being smarter. But obviously, he’s a guy that has certainly earned the right where you talk to him. But he’s not cleared yet and I don’t know that I see that changing in the next couple weeks.”In 11 games this season, Donald has five sacks, 10 tackles for a loss, 11 quarterback hits and a forced fumble.Although he has missed the Rams’ last three games with the injury, Donald was named to his ninth Pro Bowl on Monday.