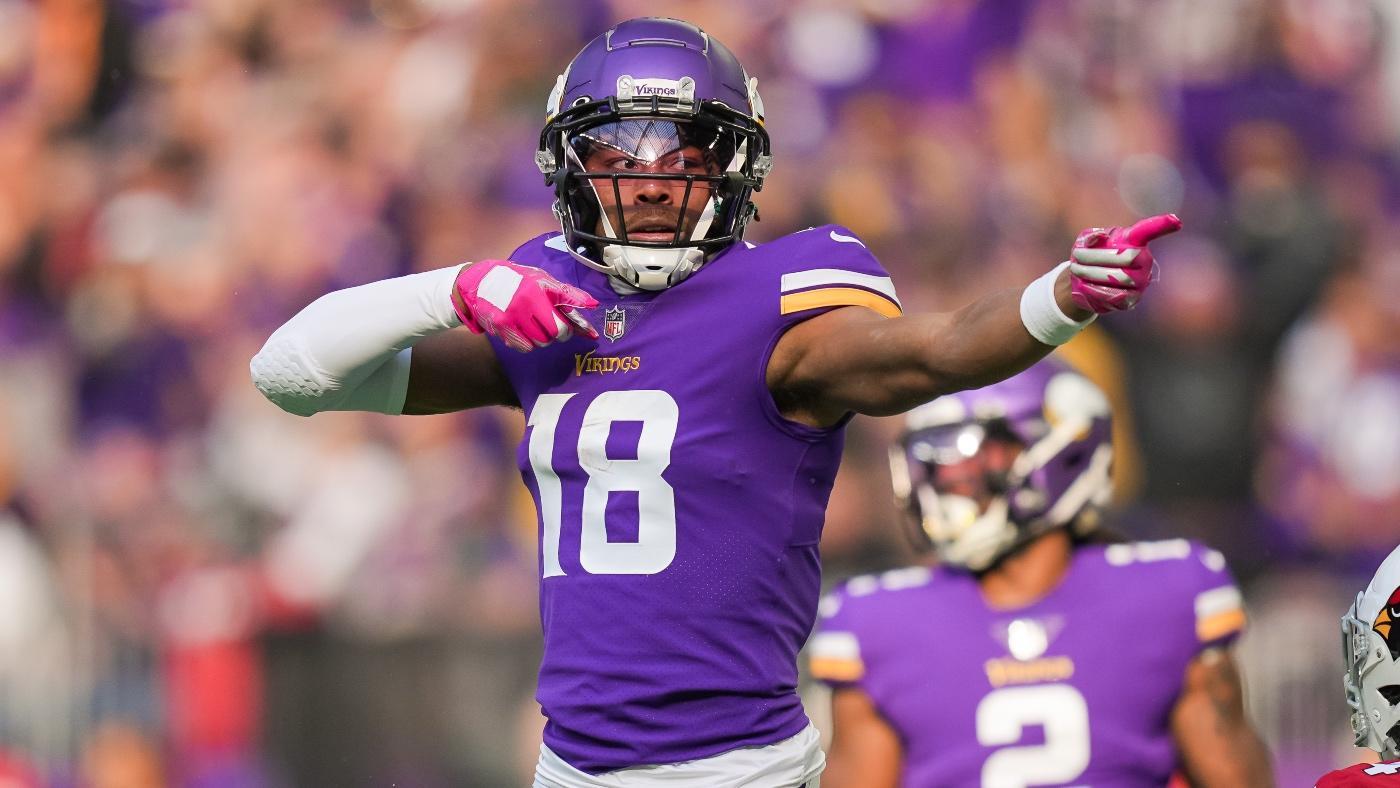 Week 15 was not good to me with my picks. In fact, it was one of my worst weeks of the season.Ouch.So much for getting on a hot streak in the final month. But it’s Christmas week, which means the best present I can give you all is a bunch of winners — and that’s what I intend to do.But first, a look back at last week’s disaster. I went 11-5 with my straight-up picks, 5-10-1 with my against the spread expert picks and 1-3-1 with my Best Bets as part of the Pick-Six podcast. PS: Two of my best bets were the Patriots — thanks crazy ending — and the Saints — thanks two-point conversion. That puts my records at 136-87-1 straight up, 101-114-9 ATS and 47-36-5 with my Best Bets.

With three weeks left, it’s time to pick it up. Or the coal is coming in my stocking.Thursday, 8:15 p.m. ET (Amazon Prime Video)

This is an enormous game in the AFC playoff picture. Jacksonville is riding high behind Trevor Lawrence, but the Jets defense has been outstanding. That will present a real problem for Lawrence. The Jacksonville defense has struggled, but Zach Wilson has as well. Look for Lawrence to get the best of it in the battle of 2021 high first-round quarterbacks. Jacksonville keeps pushing for the postseason with a victory.Pick: Jaguars 24, Jets 20Saturday, 1 p.m. ET (Fox, fuboTV)

The Ravens could have Lamar Jackson back in this one. They need him in the worst way. The passing game is struggling. The Falcons have defensive issues, though, which could help. Desmond Ridder was just OK last week in his first start, and now faces a tougher defense. Ravens win it.

This is an important game for both teams in terms of playoff implications. The Lions are playing consecutive road games, which will be a challenge. Carolina looked bad last week in losing to the Steelers. The Lions are a tough challenge for the Carolina defense, which will be the difference in the game. The Lions keep rolling. Pick: Lions 27, Panthers 17Saturday, 1 p.m. ET (CBS, Paramount+)

The Bills are trying to lock up the top seed in the AFC playoffs, while the Bears are playing out the string. But the Bills play the Bengals next week after beating the Dolphins. This looks like a sandwich game. It won’t be. Josh Allen will put up a ton of points for the Bills as they keep rolling. Pick: Bills 37, Bears 21Saturday, 1 p.m. ET (CBS, Paramount+)

These two are alive in their playoff races, but neither can afford another loss. That makes this game a big one for both. The Browns haven’t been great on offense with Deshaun Watson back at quarterback, but this could be the game to get it going. Look for the Browns to win it.

The Chiefs are winning games, but they have looked off the past few weeks. Seattle has also struggled the past few games. This is a must-win for them, but this is a tough place to play. Their defense has major issues, which will show up here as Patrick Mahomes lights them up. Pick: Chiefs 35, Seahawks 21Saturday, 1 p.m. ET (Fox, fuboTV)

The Titans are in jeopardy of missing the playoffs if they don’t turn things around. The Texans have played much better in recent weeks, but this will be a challenge against a team that badly needs it. The Titans will right things here with a big showing by Derrick Henry. Pick: Titans 23, Texans 21Saturday, 4:05 p.m. ET (CBS, Paramount+)

This is a tough trip for Washington against a team that will have four extra days of rest. Washington is struggling on offense, which is never a good thing against a 49ers defense that is the best in the NFL. Look for that defense to shine again with Brock Purdy doing enough to win it.Pick: 49ers 25, Commanders 14Saturday, 4:25 p.m. ET (Fox, fuboTV)

The Eagles will likely be starting Gardner Minshew here for the injured Jalen Hurts. That changes the way they play offense. The Cowboys have looked bad the past two weeks on defense, but I think that changes here. They will get after Minshew with no threat of a quarterback run with him in the game. Cowboys win it.

This is another game featuring two teams that have small playoff hopes. The Raiders are coming off an amazing victory over the Patriots, while the Steelers handled the Panthers on the road. Kenny Pickett should be back for the Steelers here, which matters. Pittsburgh’s defense will get the best of Derek Carr. Steelers take it. Pick: Steelers 24, Raiders 16Sunday, 1 p.m. ET (Fox, fuboTV)

The Packers are still alive after winning Monday night, but this is tough turnaround on a short week. The Dolphins have lost three straight, but they played better last week. This will be a shootout with the Packers keeping it close as Aaron Rodgers and Tua Tagovailoa put on a show. Pick: Dolphins 31, Packers 30Sunday, 4:30 p.m ET (CBS, Nickelodeon, Paramount+)

This is a game many expected to be an important one, but instead it features two of the biggest disappointments of the year. Both teams have offensive issues. The Broncos have the better defense and Russell Wilson will be back. The Rams are also playing on a short week. But something says the Rams find a way to win it.

These two have major issues, but the Bucs are still in first place while the Cardinals are done. Arizona could be down to third-team quarterback Trace McSorley against a Bucs team that blew a big lead last week. Tom Brady has struggled, but I think he will play well here. Bucs take it. Pick: Bucs 24, Cardinals 20Monday, 8:15 p.m. ET (ESPN, fuboTV)

The Colts are coming off a loss where they blew a 33-point lead, the type of loss that can send a team packing for the year. They also will be without running back Jonathan Taylor. The Chargers beat the Titans last week, but didn’t play well in doing so. They will here. Justin Herbert plays big to keep the Chargers on the path to playoffs. Pick: Chargers 30, Colts 20