Patriots owner Robert Kraft greets fan who was taunted in stands at Raiders game: ‘What you did was so classy’ 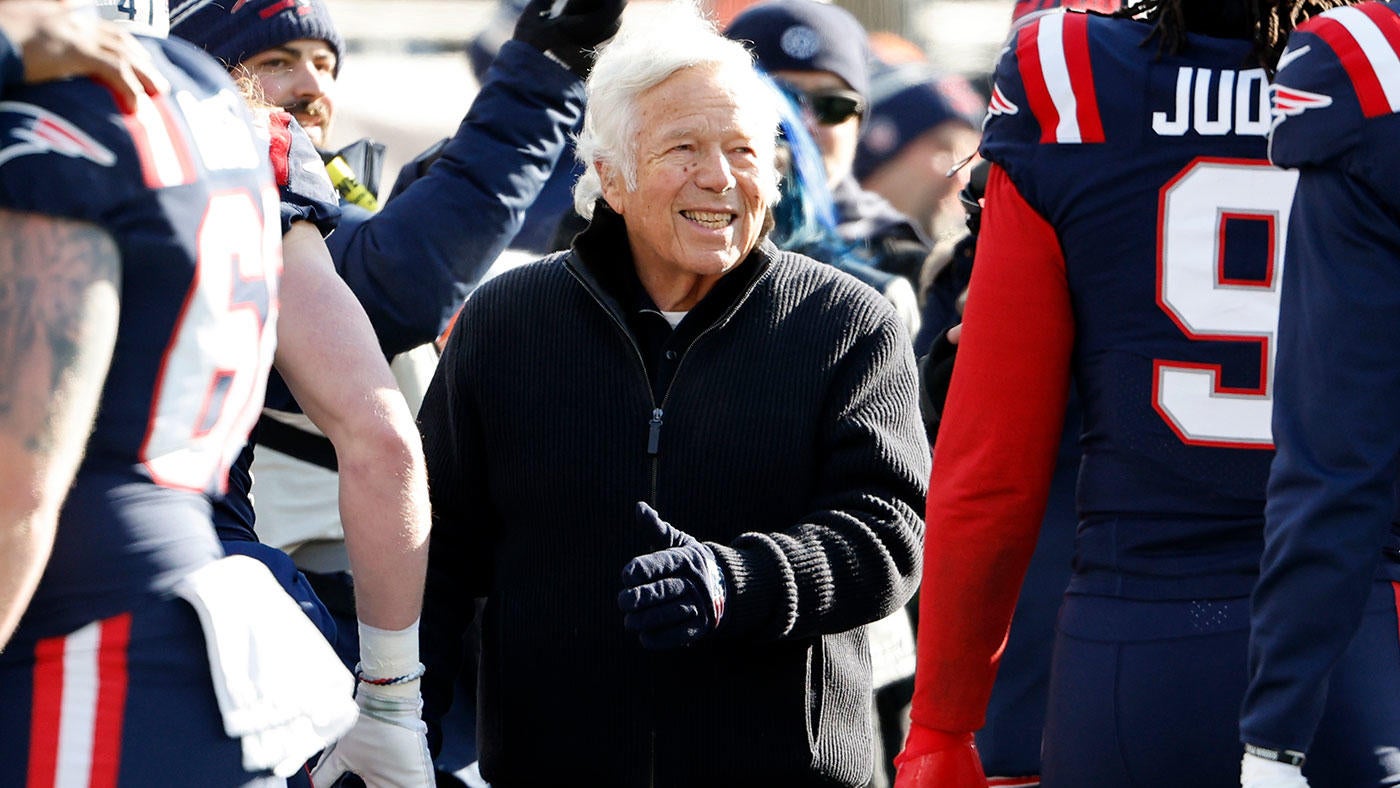 New England Patriots fan Jerry Edmond, who was the subject of a viral video in which he kept his composure despite being taunted and berated by a Las Vegas Raiders fan following his team’s Week 15 loss, is receiving VIP treatment courtesy of Patriots owner Robert Kraft this week. Kraft and Edmond met Saturday after the team owner personally invited him to Gillette Stadium for New England’s game against the Bengals, and Kraft told Edmond he’ll have the opportunity to watch the action from his suite. “I tell ya, what you did was so classy, and you represent what our whole franchise is about,” Kraft said.
Edmond attended the Patriots’ road game against the Las Vegas Raiders in Week 15, where he dealt with an unfriendly Raiders fan who took exception to Edmond cheering for his team in Raiders territory. The woman in question was no more graceful or hospitable to the visiting fan after the Patriots lost in humiliating fashion when an ill-advised lateral turned a tie game headed to overtime into a 30-24 loss, instead taunting and berating him to his face.

Despite the other fan’s belligerence, Edmond did not lose his temper or retaliate as he tried to process the devastating, spectacularly awful loss. On Wednesday, Kraft contacted Edmond personally to invite him to the Patriots’ Week 16 game against the Cincinnati Bengals, an invitation which he accepted in a phone call shared by League of Justice.Edmond received a customized jersey as well as pregame field passes to watch warmups on Christmas Eve, when the Patriots look to save their season against the AFC North-leading Bengals.

The Patriots were not the only team who recognized Edmond for his composure. According to League of Justice, Raiders president Sandra Douglass Morgan also reached out to Edmond to express the team’s appreciation for how he handled the situation.