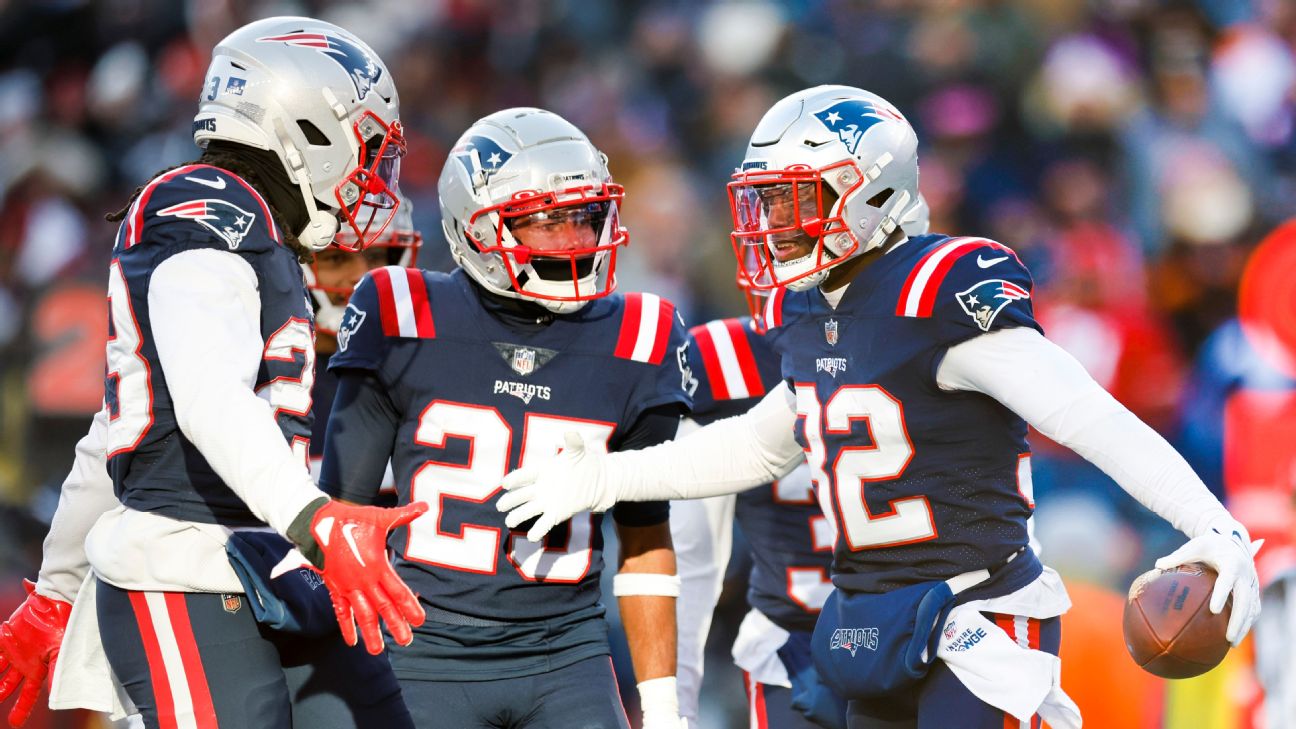 FOXBOROUGH, Mass. — On an otherwise dreadful day for the New England Patriots against the Cincinnati Bengals, rookie cornerback Marcus Jones provided a glimmer of hope.Jones intercepted quarterback Joe Burrow in the third quarter and returned it 69 yards up the left sideline for a touchdown. Jones made a key cut at the 30-yard line, as running back Samaje Perine attempted to tackle him from behind and Burrow went low..@MarcusJonesocho has got speeeeed 🏃‍♂️💨📺: @NFLonCBS pic.twitter.com/Gy0EUimecx— New England Patriots (@Patriots) December 24, 2022 The play was set up by a blitz from safety Kyle Dugger, which pressured Burrow into his second pick-six of the season. Kicker Nick Folk missed the ensuing extra point, as the Patriots cut the Bengals’ lead to 22-6.Jones, a third-round pick from Houston, has now scored on offense (reception), defense (INT return) and special teams (punt return) this season.The interception return was the Patriots’ sixth defensive touchdown of the season, tying a franchise record. It also marked the third straight game in which the Patriots have scored a defensive touchdown — the first time they’ve done that since 2004.