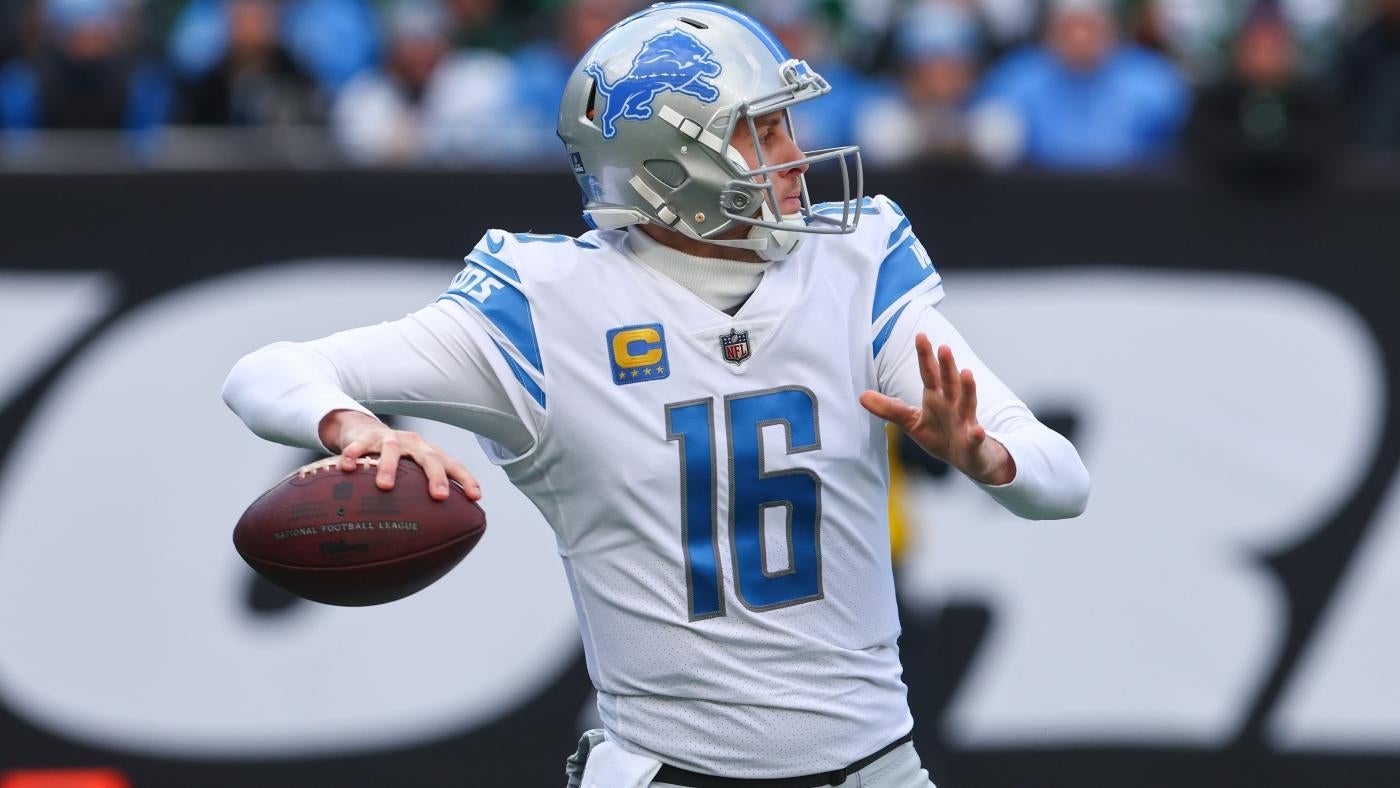 The Detroit Lions will have a chance to keep their late season surge alive when they face the Carolina Panthers on Saturday afternoon. Detroit has won three straight games and six of its last seven, including a 20-17 win over the Jets last week. Carolina is sitting four games below the .500 mark this season, but it still has an outside chance to make the playoffs. The Panthers recorded a 20-0 victory when these teams last met, which came during the 2020-21 season.Kickoff is set for 1 p.m. ET. Detroit is a 2.5-point favorite in the latest Lions vs. Panthers odds from Caesars Sportsbook, while the over/under for total points scored is 43.5. Before entering any Lions vs. Panthers picks, you’ll want to see the NFL predictions from the proven computer model at SportsLine.The model, which simulates every NFL game 10,000 times, is up more than $7,000 for $100 players on top-rated NFL picks since its inception. The model enters Week 16 of the 2022 NFL season on an incredible 157-113 run on top-rated NFL picks that dates back to the 2017 season. The model ranked in the top 10 on NFLPickWatch four of the past six years on straight-up NFL picks and beat more than 94% of CBS Sports Football Pick’em players four times during that span. Anyone who has followed it is way up.Now, the model has set its sights on Panthers vs. Lions. You can head to SportsLine to see its picks. Here are several NFL betting lines for Panthers vs. Lions:Panthers vs. Lions spread: Lions -2.5Panthers vs. Lions over/under: 43.5 pointsPanthers vs. Lions money line: Carolina +110, Detroit -130Panthers vs. Lions picks: See picks here

Why the Panthers can coverCarolina might be coming off a loss to Pittsburgh, but it has been an underrated team during the second half of the season. The Panthers had won three of their previous four games, despite being underdogs in all three wins. They still have a realistic shot to make the playoffs as well, trailing Tampa Bay by just one game in the standings after having picked up a win against the Buccaneers earlier in the season. The Panthers are ranked inside the top 15 in the NFL in rushing yards per game, with D’Onta Foreman going over 100 yards in four of his last eight games. They are facing a Detroit defense that is second worst in the NFL, allowing 398.5 yards per game. Carolina has covered the spread in four of its last five games and has won seven of the last nine meetings between these teams. Why the Lions can coverDetroit is not only one of the hottest teams in the NFL, but it has also been the most profitable team in the betting market over the past two months. The Lions have gone a perfect 7-0 against the spread in their last seven games following their 20-17 win over the New York Jets last week. Detroit has won six of its last seven games outright, sitting just a half-game behind Washington in the race for the NFC’s final playoff spot.Quarterback Jared Goff, who led the Rams to a Super Bowl appearance four years ago, has thrown 219 straight passes without an interception, which is the best active streak in the league and the longest in team history. Goff became the first quarterback in franchise history to start six straight games without turning the ball over. Carolina’s quarterback situation is not nearly as favorable, with Sam Darnold being the third starting quarterback for the Panthers this season. Their rushing attack struggled last week as well, totaling just 21 yards on 16 carries in a loss to Pittsburgh. How to make Panthers vs. Lions picksThe model has simulated Lions vs. Panthers 10,000 times and the results are in. The model is leaning Under, and it’s also generated a point-spread pick that is hitting in more than 50% of simulations. You can only see the pick at SportsLine.So who wins Panthers vs. Lions? And which side of the spread is hitting more than 50% of the time? Visit SportsLine now to find out which side of the Lions vs. Panthers spread you need to jump on Saturday, all from the model that has crushed its NFL picks, and find out.