Panthers run over Lions, setting up showdown with Buccaneers 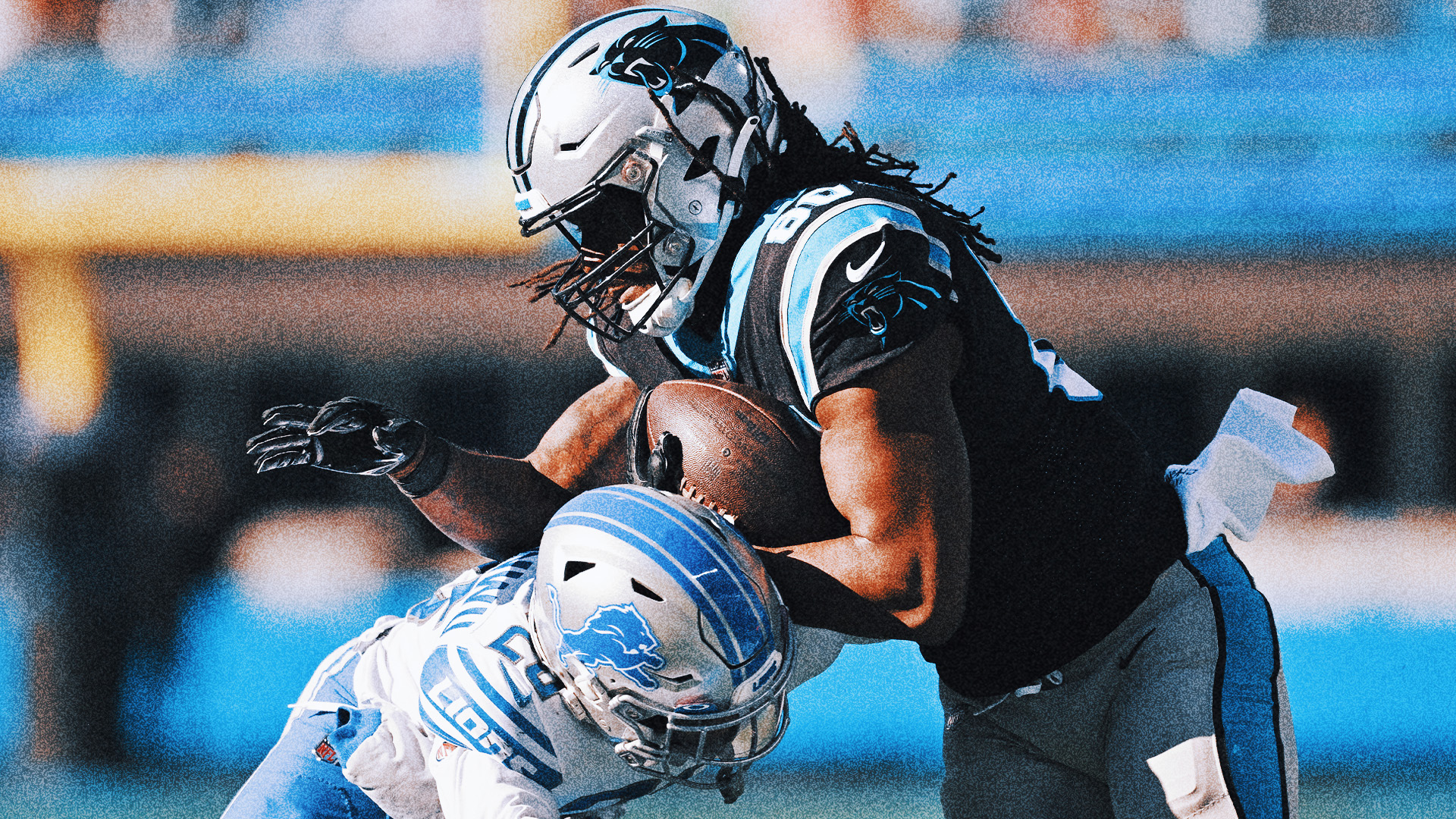 Greg Auman NFC South Reporter Carolina’s surge behind a dominating running game under interim coach Steve Wilks continued Saturday with a 37-23 win over the Lions, putting more pressure on the Buccaneers atop the NFC South standings and setting up a showdown next week in Tampa.Carolina (6-9) rushed for a franchise record 320 yards Saturday, including 240 in the first half on the way to a 24-7 lead on a Detroit team that had come in winning six of seven games. D’Onta Foreman and Chuba Hubbard both were over 100 rushing yards by halftime, with Foreman finishing with 165 and a touchdown and Hubbard finishing with 125.”We talked all week about (how) the true character of this football team would reveal itself in how we responded,” Wilks said after the Panthers improved to 5-5 since he took over following the firing of Matt Rhule in October. “I’m very proud again of the men in that locker room and how we came out and played today against a good football team.”The Bucs (6-8) don’t play until Sunday night at Arizona, and Carolina’s victory adds to the importance of that game. If the Bucs beat the Cardinals, they can clinch the NFC South next week by beating the Panthers in Tampa. A Tampa Bay loss on Christmas would mean Carolina can eliminate the Bucs with a win over them, putting the Panthers in strong position for an unlikely division title.The Panthers scored on five of their first six possessions Saturday, including four touchdowns, to cruise to a 31-7 lead early in the third quarter. Detroit’s offense woke up with 16 points late, but the Lions never got closer than 14 points. Quarterback Sam Darnold played mistake-free football for Carolina, throwing for 250 yards and a touchdown and rushing for another score.”Everything we do starts up front, and to see us bounce back and run the ball like we did today for a franchise record 320, it was impressive,” Wilks said. “Total yardage was 570. On the defensive side of the ball, controlling the line of scrimmage there and stopping the run with 45 yards. Proud of them and how they came out and bounced back and played. … Everything we talk about is one at a time. We’re going to enjoy tomorrow with our families, enjoy Christmas, get back in here on Monday at 1 o’clock, put this game to bed and get ready for Tampa.”The Bucs have lost two straight to the 49ers and Bengals to create an opportunity for the Panthers. Tampa Bay, though, remains favored Sunday as Arizona third-string QB Trace McSorley will make his first career start.A half-game separates the top three teams in the NFC South, as New Orleans also rallied to win Saturday, turning a 10-point deficit into a 17-10 victory against the Browns. The Saints, too, are 6-9 and still alive for playoff contention. They need plenty of help, but could also win the division title if the next eight days fall right and they beat the Panthers in the regular-season finale.While not as frigid as some games this weekend, the temperature at kickoff in Charlotte was just 20 degrees Fahrenheit, with winds at 10 miles per hour and a wind chill of 9 degrees, the kind of weather that favors a dominating run game. Just three NFL teams over the past eight seasons have rushed for 320 yards like Carolina did Saturday — the Eagles had 363 in a November win over the Packers, the Ravens had 404 last season in a win over the Bengals last season, and the Jets went for 323 in a 2018 win over the Broncos.Carolina had mustered just 21 rushing yards in last week’s loss to the Steelers, a world of difference from Saturday, but the offensive line set the tone in practice this week, even wearing ski masks at a team meeting to set a menacing tone for a physical game ahead.”Our guys did a great job coming off the ball, getting to the second level, which was a key for us,” Wilks said. “We always feel like our running backs, if they can get to the second level before they get touched, they can do a great job of making that first guy miss, and you saw a little bit of that today.”The Panthers have now won four of their last six games, making them the hottest team in a bad division that could have a champion with a losing record. That still means a home playoff game, something the Panthers haven’t enjoyed since going 15-1 in 2015 before losing in the Super Bowl. Whether the Bucs win or lose Sunday, the Panthers can control their playoff fate by simply winning their two remaining games, against teams they beat in their first meetings earlier this season.Top stories from FOX Sports:Greg Auman is FOX Sports’ NFC South reporter, covering the Buccaneers, Falcons, Panthers and Saints. He is in his 10th season covering the Bucs and the NFL full-time, having spent time at the Tampa Bay Times and The Athletic. You can follow him on Twitter at @gregauman. Get more from National Football League Follow your favorites to get information about games, news and more