Packers’ Christian Watson ruled out vs. Dolphins on Christmas Day with hip injury 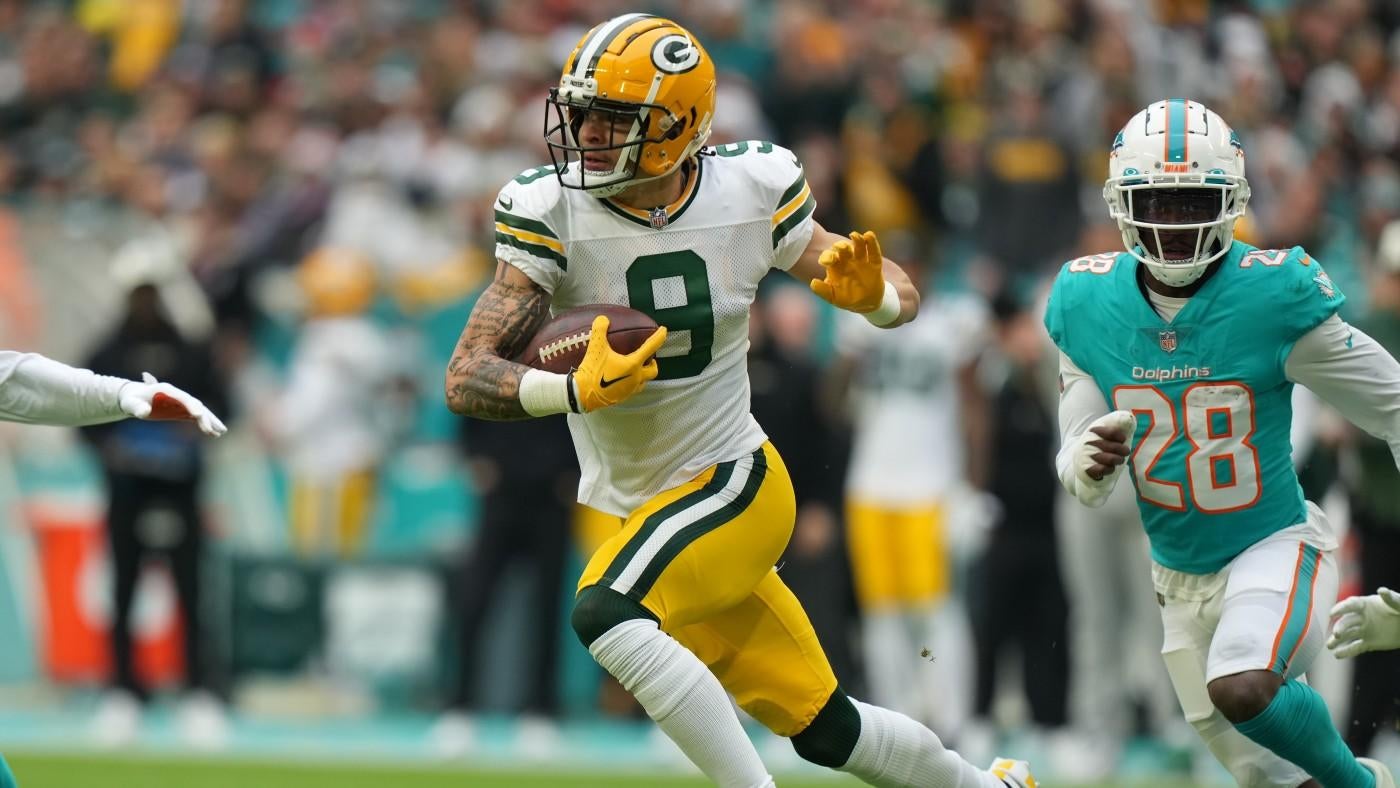 The Green Bay Packers announced that rookie wide receiver Christian Watson is officially out for the rest of their game against the Miami Dolphins. Watson went out with a hip injury. The Packers initially ruled Watson as questionable following his injury and downgraded him to out in the third quarter.
Before he left the game, Watson had six receptions for 49 yards, averaging 8.2 yards per catch. Watson has emerged as the No. 1 receiving option this year on an offense that desperately needed one. This season, he has 29 receptions for 447 yards with seven touchdowns.

Watson was drafted in the 2022 NFL Draft with the No. 34 overall pick in the second round. The 23-year-old attended North Dakota State.

NFL world reacts as Damar Hamlin makes progress, talks with Bills: ‘Had to be most incredible team meeting’