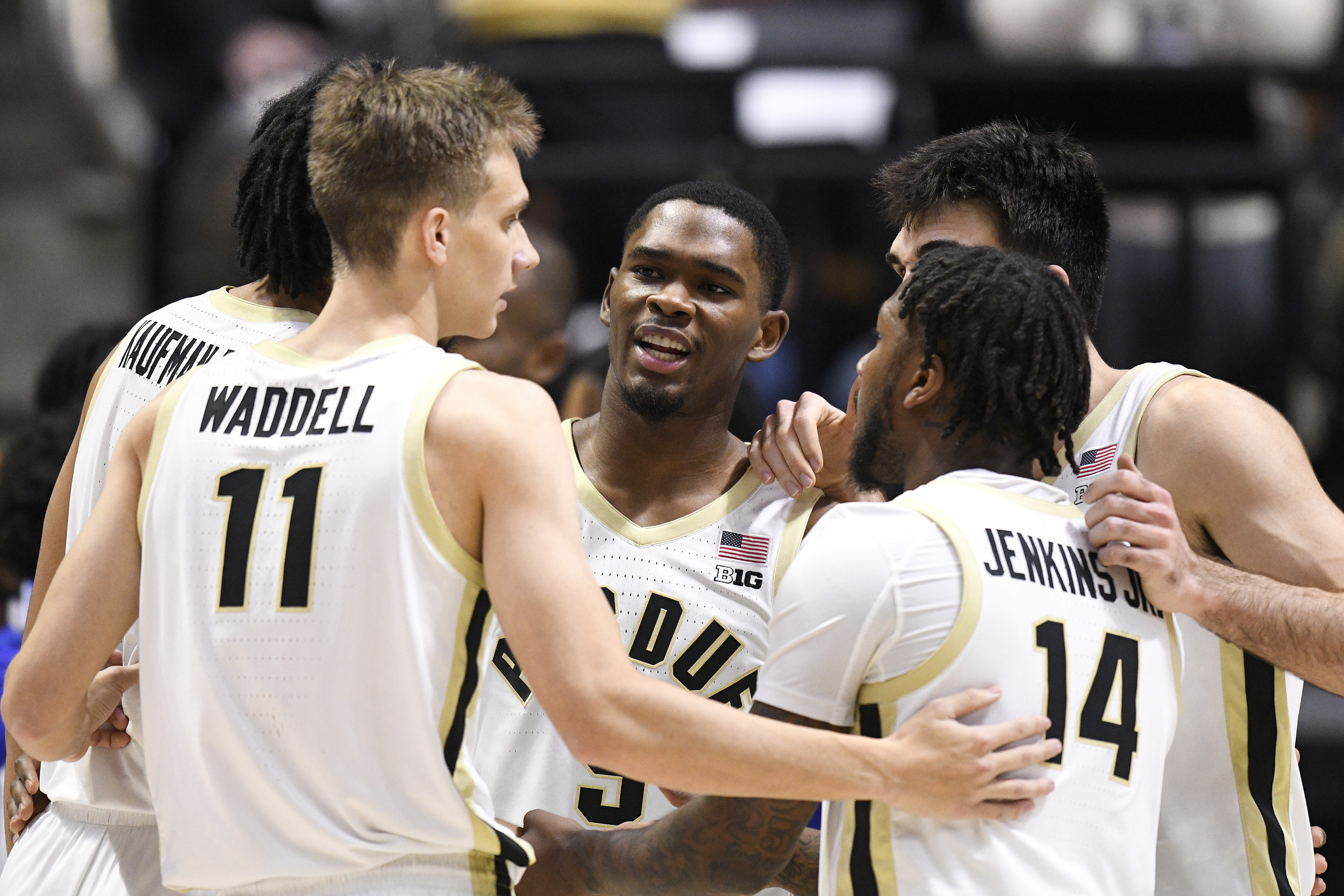 Purdue remained atop The Associated Press Top 25 men’s college basketball poll for a third straight week, while preseason No. 1 North Carolina returned to the rankings and New Mexico cracked the poll for the first time in eight years.The Boilermakers earned 40 of 60 first-place votes in Monday’s latest poll, while fellow unbeaten Connecticut earned the other 20 to sit at No. 2 in an unchanged top.Purdue had never been ranked No. 1 before a one-week stay there last December, and was unranked to start the season. But the Boilermakers made a rapid rise from No. 24 to No. 5 in a one-week span in late November, then climbed to No. 1 on Dec. 12.The Boilermakers’ win against New Orleans last week marked their first home game with that No. 1 ranking.”We’ve not had any handouts. We’ve had to work for everything,” coach Matt Painter said afterward, adding: “But we’ve earned it. but we’ve got to keep earning it. This isn’t the season. This is just a third of the season.”[College basketball power rankings: UConn, Arizona keep rolling]THE TOP TIERNo. 3 Houston, No. 4 Kansas and No. 5 Arizona held their positions as the top five remained in place for a second straight week.Texas was next at No. 6, followed by Tennessee, Alabama, Arkansas and Gonzaga — the preseason choice at No. 2 that returned to the top 10 after sliding as low as No. 18 earlier this month.TAR HEELS RETURNNorth Carolina is back in the poll at No. 25 after a tumultuous opening to the season.Returning four starters from last year’s unexpected run to the NCAA title game, the Tar Heels started December by becoming only the sixth team to go from preseason No. 1 to unranked since at least the 1961-62 season. That came after a run of four straight losses.But UNC has won four straight since, the past two coming against Big Ten teams — Ohio State on Dec. 17 and Michigan last week — to regroup.RISINGMiami had the week’s biggest jump after a win against Virginia, climbing eight spots to No. 14 for its highest ranking since the 2017-18 season. No. 20 Auburn rose three spots. In all, 10 teams moved up from last week.SLIDINGVirginia took the week’s biggest tumble, falling seven spots to No. 13. Mississippi State was close behind, falling six spots to No. 21. Duke was the only other team to slide, falling three spots to No. 17.STATUS QUOSeven teams held their positions from last week, with No. 12 Baylor and No. 19 Kentucky joining the unchanged top five.WELCOMEXavier and New Mexico are tied at No. 22, while No. 24 West Virginia joined them in new additions to the poll this season. For the Lobos, it marks the first time they’ve cracked the AP Top 25 since March 2014.FAREWELL (FOR NOW)Illinois (No. 16), Virginia Tech (No. 21), Marquette (No. 24) and Arizona State (No. 25) fell out from last week’s poll.CONFERENCE WATCHThe Southeastern Conference led all leagues with six ranked teams, followed by the Big 12 with five and the Atlantic Coast Conference with four.The Big Ten had three ranked teams while the Pac-12 and Big East each had two. The American Athletic, West Coast and Mountain West conferences each had one.FULL RANKINGSPurdueUConnHoustonKansasArizonaTexasTennesseeAlabamaArkansasGonzagaUCLABaylorVirginiaMiamiWisconsinIndianaDukeTCUKentuckyAuburnMississippi StateNew MexicoXavierWest VirginiaNorth CarolinaReporting from the Associated Press.  Get more from College Basketball Follow your favorites to get information about games, news and more