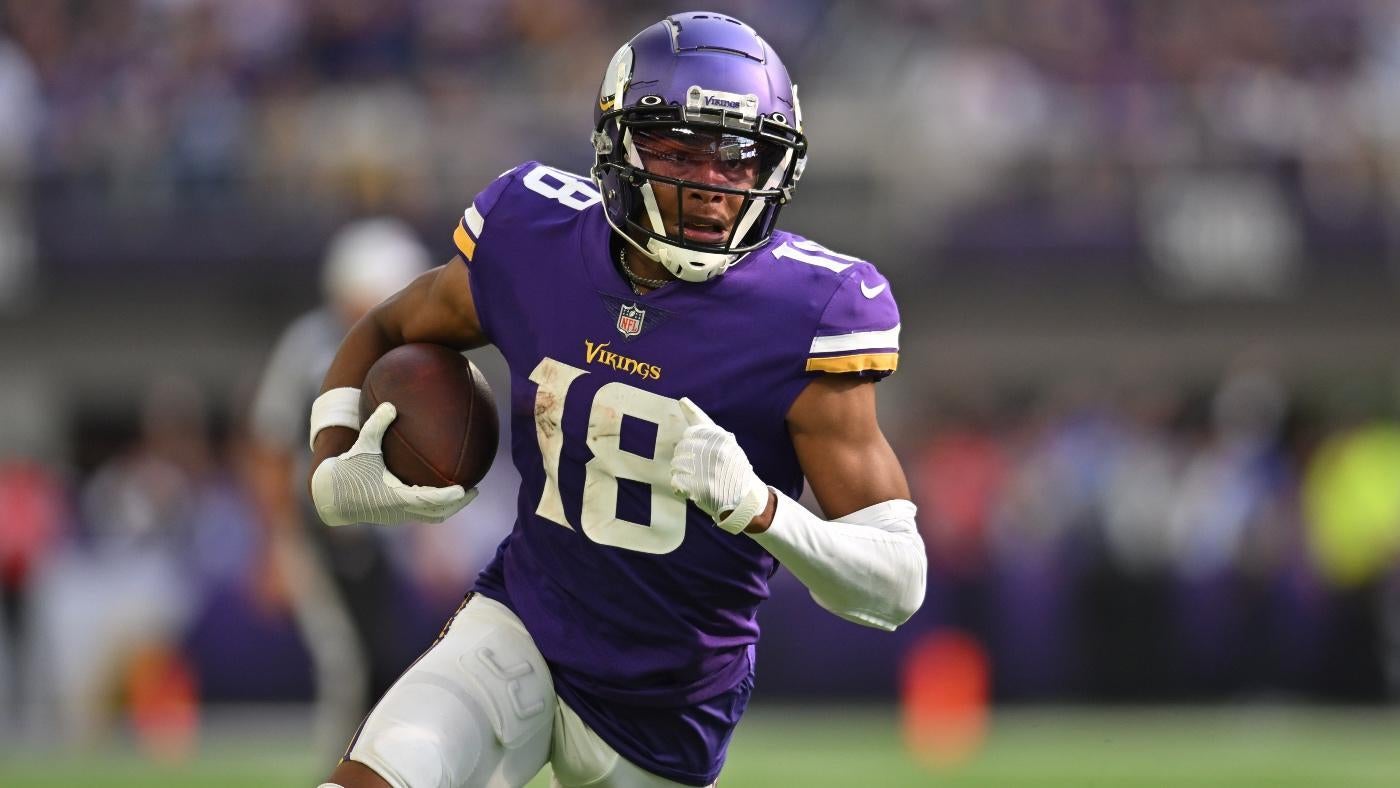 Close games, comebacks and last-minute victories marked Week 15, and now weather threatens to make the NFL Week 16 schedule even more unpredictable. That could mean it’s the perfect time to lean on NFL props. There are 11 NFL Week 16 games on Saturday this holiday weekend, and three will be played Sunday. A lack of marquee matchups also makes it a good time to look to NFL props. Running backs could be the ticket, with freezing temperatures and high winds expected at several sites. New England’s Rhamondre Stevenson and Atlanta’s Tyler Allgeier both showed big-play ability in Week 15 as the league’s top two rushers. Now they both will be playing in tough winter conditions Saturday. So, will they be the workhorses in NFL Week 16?Stephenson had a league-best 172 yards in Week 15, and New England hosts the Bengals on Saturday at 1 p.m. ET. Caesars Sportsbook lists the over/under on the Patriot’s rushing yards at 62.5. Allgeier rushed for 139 on just 17 carries, and his Falcons visit Baltimore, where the wind could blow up to 30 mph. Caesars favors him to go under 56.5 rushing yards (-137). Before locking in any 2022 NFL Week 16 prop bets, make sure you check out the top NFL picks and predictions from NFL props expert Alex Selesnick.Selesnick (aka PropStarz) specializes in NFL, MLB and NBA prop betting, where he implements a combination of research, statistical analysis and mathematical modeling. The expert has been crushing his picks and is a stunning 35-24 on NFL prop picks in this column through the first 14 weeks. He also went 130-89 (+26.69 units) on MLB prop plays during the 2022 season and is up nearly 235 units on NBA props and futures plays over the past two-plus seasons.Now, after poring over the hundreds of available Week 16 NFL prop bets, PropStarz has found the picks he loves. You can only see them here.

Top 2022 Week 16 NFL prop picksOne play PropStarz is strongly backing Sunday is Vikings receiver Justin Jefferson Over 89.5 receiving yards (-115) against the Giants. The Vikings will be playing in the comfort of their dome, so the fierce weather everywhere else will be a non-issue. And they face a New York defense that is anything but fierce. The Giants rank 32nd in Pro Football Focus coverage grade, allow 11.7 yards per completion (27th) and have a DADOT of 9.0 yards (30th).Jefferson has the NFL record for receiving yards in sight, as he needs 323 yards in the final three games to eclipse Calvin Johnson’s mark. He needs to average just under 108 yards per game over the final three to get there, and the superstar is averaging an astonishing 115 yards in his first 14 games. PropStarz says Jefferson is an automatic bet when his total is under 100 yards. He even says that “in the right game script he could go for 200 against the Giants.” You can see all of PropStarz’s Week 16 NFL prop picks here.How to make 2022 NFL Week 16 prop bets and predictionsPropStarz has locked in a few other confident Week 16 NFL prop picks. They include a star tight end who will sail past his yardage total and he’s also going to reveal a longshot play that you’ll want to see. You can only see these picks over at SportsLine.

What are the best 2022 Week 16 NFL prop bets you can make? Which tight end is a must-back? Visit SportsLine now to see the best NFL Week 16 prop bets, all from the expert who’s 35-24 on SportsLine prop plays this season, and find out.