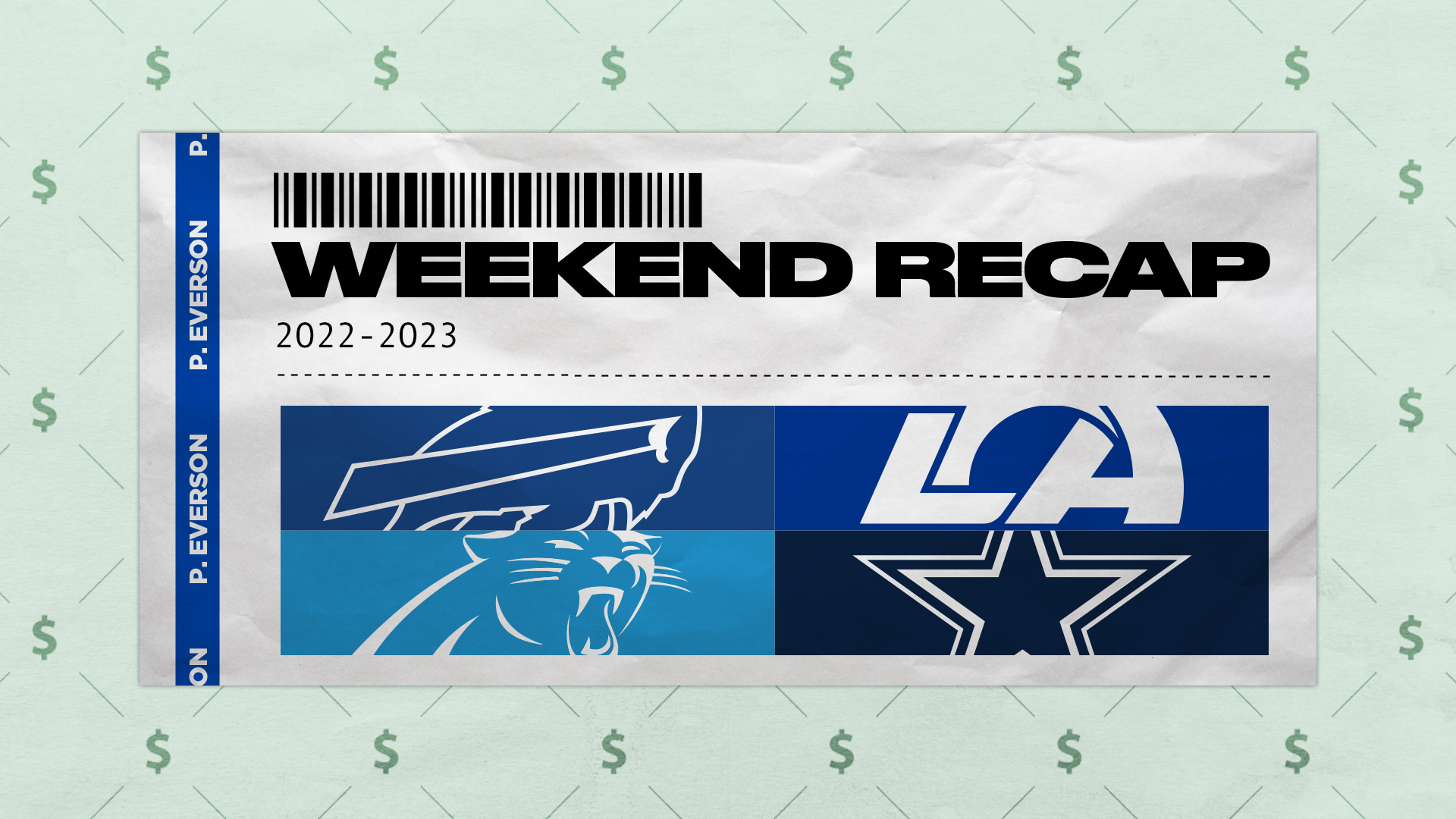 Patrick Everson FOX Sports Betting Analyst If you’re a typical public/recreational bettor, then the NFL Week 16 odds market probably didn’t treat you too well over this Christmas holiday weekend.In short, there was a fair amount of coal left in bettors’ stockings.And no team did more to make that happen than the Los Angeles Rams. Or the Denver Broncos, depending on your perspective.Let’s dive into our weekend betting recap.Not-So-DangeRussFor whatever reason — certainly not based on its record — Denver was a popular play on Christmas Day as a 3-point favorite at the Rams. At BetMGM, the Broncos were not only taking straight bets on the spread and moneyline but also were included in many parlays/moneyline parlays.Pregame, BetMGM vice president of trading Jason Scott said:”We will need one of the two [remaining] favorites, Broncos or Bucs, to lose for us to win today.”Then Russell Wilson threw first-quarter interceptions on back-to-back passes, helping Los Angeles stake itself to a 17-0 lead. The three-hour carnage concluded with Wilson not even in the game and Brett Rypien throwing an INT to Rams cornerback Cobie Durant, who returned it 95 yards for a touchdown to cap a 51-14 bashing.That marked a significant win for BetMGM and other bookmakers. Scott tried to put the outcome in perspective.”If we lined it up as bundles of cash, it would be more than you and I could jump over,” Scott said.Christmas Eve ChillIt wasn’t just frigid on the field for many of the Christmas Eve games. Bettors got frozen out in key matchups, as well.The Chicago Bears were a trendy ‘dog in Week 16, getting 8 points at home against the Buffalo Bills. Chicago led 10-6 at halftime, so Bears backers certainly had a reason for optimism.But Buffalo proceeded to score 29 of the game’s final 32 points and won going away, 35-13.”It was a solid Christmas Eve, as the Bills covering and the Over getting there, despite the frigid weather, was a big winner for us,” WynnBet senior trader Chris Youn said.The Bills-Bears total closed at 40.5, with the bulk of tickets and money on the Under.While the Bears were public pups, the Detroit Lions were absolute darlings as a public favorite against the host Carolina Panthers. The surging Lions, 1.5-point favorites, fell into a 31-7 hole early in the third quarter en route to a 37-23 loss.”The Panthers covering was another winner for us, as we had five times more Lions tickets on the spread,” Youn said while noting WynnBet got favorable results in Saturday’s later games, too. “The 49ers taking care of business and their game going Over gave us the best decision for the book in the afternoon. As for the night game, the Steelers winning and covering was the perfect ending to a solid day.”San Francisco, a 6-point home favorite against Washington, rolled to a 37-20 victory. Pittsburgh got a late TD to dispatch Las Vegas 13-10 and cover as a 2-point home favorite.Rams SlamAs was the case at BetMGM, WynnBet got a big boost Sunday from the Rams. Baker Mayfield & Co. were not even remotely threatened in the aforementioned 51-14 blasting of the Broncos.”The Packers winning wasn’t great,” Youn said, alluding to Green Bay’s 26-20 victory as a popular 3.5-point underdog at Miami. “But we were profitable in the Rams game. We did lose to the Rams moneyline, but we won two times more on the Rams spread.”What everyone is overlooking after Cowboys defeat Eagles
Greg Jennings tells Craig why he believes no one has been talking about the Cowboys performance defensively.
How About Them Cowboys?Well, that’s what you’d be saying if you were behind the counter. The Philadelphia Eagles — minus MVP candidate Jalen Hurts, and therefore starting Gardner Minshew — were another trendy underdog with bettors for a Christmas Eve road game against the Dallas Cowboys.Last week, the point spread was all over the place, first on the Hurts injury news Monday, then on Thursday’s confirmation that he wouldn’t play. Dallas generally opened at -1.5, got as high as -6/-6.5 depending on where you shopped, and closed at -4 before kickoff.The Cowboys trailed for significant portions of the game but scored the final 13 points – all in the fourth quarter – to win in a shootout, 40-34. That’s a cover, for those of you scoring at home.”The Cowboys covering was our best result of a good weekend,” said Casey Degnon, senior risk supervisor at The SuperBook. “A lot of public money came in on the Minshew-led Eagles up until kickoff, so we were really thankful for that [Miles] Sanders fumble late in the fourth quarter.”Indeed, Sanders’ fumble at the Philly 24-yard line with 2:19 left set up the Dallas field goal that provided the final spread-covering margin of 6 points.I Like Big Bets and I Cannot LieOne customer of Caesars Sports really liked big bets this weekend, firing up a bunch of NFL plays. It was a veritable laundry list of #MajorWagers:$110,000 Patriots +3.5 vs. Bengals (loss)$131,000 Panthers +3.5 (-131) vs. Lions (win)$110,000 Eagles +6 at Cowboys (push)$110,000 Eagles-Cowboys Over 46.5 (win)$131,000 Raiders +3 (-131) at Steelers (push)$120,000 Vikings -3 (-120) vs. Giants (push)$110,000 Packers +4 at Dolphins (win)$110,000 Bears +9 vs. Bills (loss)Add it all up, and you’ve got $932,000 in bets. And with three wins, three pushes (ties) and two losses, the bettor had a net profit of $80,000.It’s a good return on investment of 8.6%. Can’t complain about that, but it’s a hard way to get there. Though this customer likely doesn’t have money problems, so perhaps it’s not that hard.For us commoners, though, a reminder: Keep it reasonable. Never bet more than you can afford to lose. Enjoy the Bolts and Colts on Monday Night Football.Patrick Everson is a sports betting analyst for FOX Sports and senior reporter for VegasInsider.com. He is a distinguished journalist in the national sports betting space. He’s based in Las Vegas, where he enjoys golfing in 110-degree heat. Follow him on Twitter: @PatrickE_Vegas.Top stories from FOX Sports: Get more from National Football League Follow your favorites to get information about games, news and more