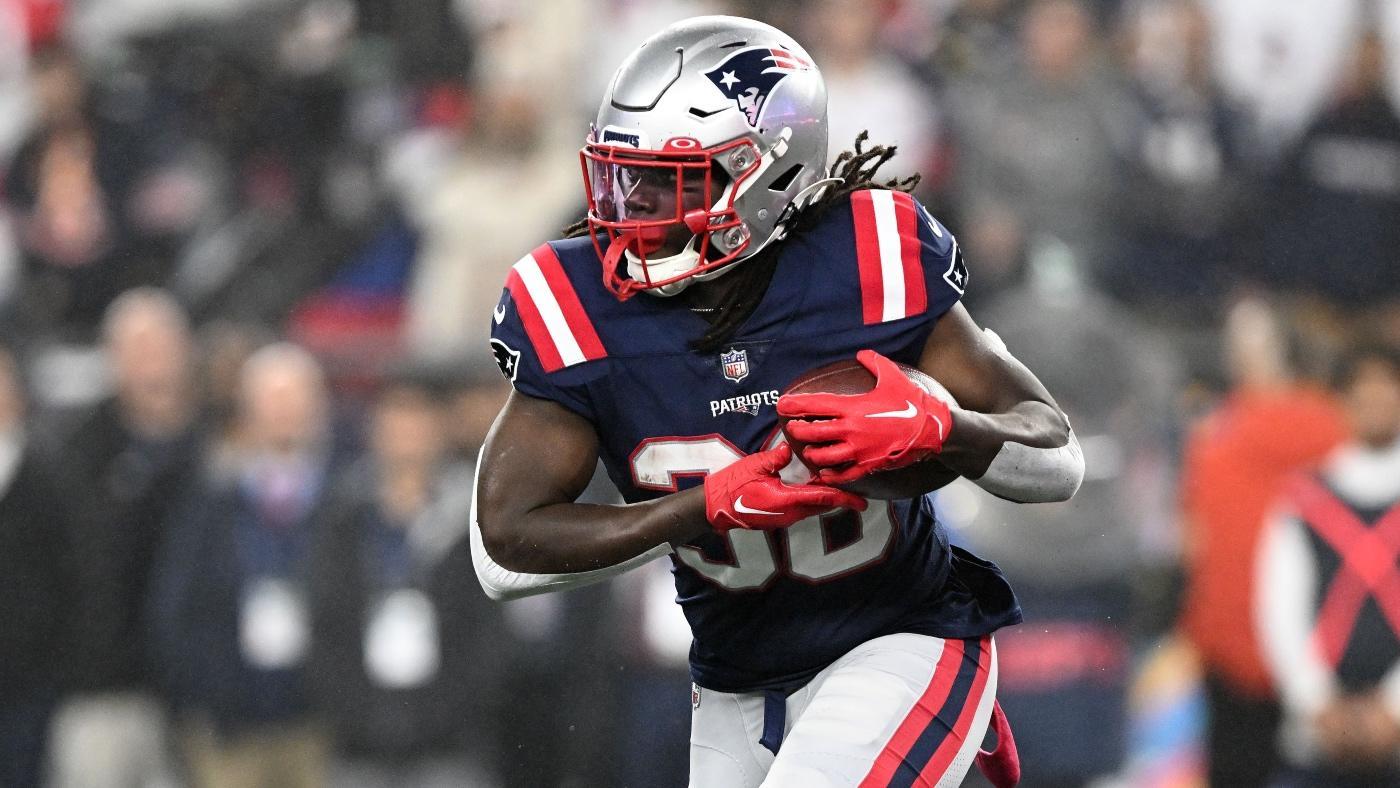 If you’ll rely on trends before laying down any Week 17 NFL bets, then the Buccaneers hosting the Panthers should jump out at you. Shockingly, Tampa has yet to cover at home this season (0-6-1), and Sunday provides its last opportunity to do so. On the other hand, the Panthers are a perfect 4-0 against the spread in divisional games. Despite the NFL betting trends favoring Carolina, Tampa is a 3-point favorite in the latest Week 17 NFL odds at Caesars Sportsbook, which has six other games with Week 17 NFL spreads of a field goal or less. All of the Week 17 NFL lines are listed below, and SportsLine’s advanced computer model has all the NFL betting advice and predictions you need to make the best Week 17 NFL picks now.The model, which simulates every NFL game 10,000 times, is up well over $7,000 for $100 players on top-rated NFL picks since its inception. The model enters Week 17 of the 2022 NFL season on an incredible 158-113 run on top-rated NFL picks that dates back to the 2017 season.The model also ranked in the top 10 on NFLPickWatch four of the past six years on straight-up NFL picks and beat more than 94% of CBS Sports Football Pick’em players four times during that span. Anyone who has followed it is way up.Now, it has turned its attention to the latest Week 17 NFL odds and locked in NFL picks for every NFL matchup. Head here to see every pick.

Top Week 17 NFL predictionsOne of the model’s strongest Week 17 NFL picks is that the Patriots (+1) cover the spread at home against the Dolphins. Both teams limp into this game, as New England has lost back-to-back contests and Miami has lost four straight. But the Pats’ recent losses were both fluky since one came on an ill-advised lateral attempt and the other came due to a fumble on the five-yard line with under one minute remaining.Miami’s losses are more attributable to the scheme since defenses are figuring out Mike McDaniel’s offenses at halftime. The Dolphins have averaged just 6.6 points in the second half over their last five games and quarterback Tua Tagovailoa is in the league’s concussion protocol. The Patriots have home-field advantage and one extra day of rest, and the model has them covering well over 60% of the time. The model also says the Under (43.5) hits in well over 50% of simulations. See which other teams to pick here.Top Week 17 NFL survivor picksThe model’s Week 17 NFL knockout pool picks say to avoid the Buccaneers, even though they are favorites versus the Panthers. Tampa barely dodged its third straight defeat in Week 16, as it needed overtime to defeat a Cardinals team down to its third-string quarterback. On the other hand, the Panthers ran all over a Lions squad that had won six of seven, and now Carolina controls its own destiny to win the NFC South. The Panthers have won three of their last four and quarterback Sam Darnold has provided the type of stability the team has lacked at that position.

Darnold has accounted for six total touchdowns versus zero turnovers since taking over in Week 12. Behind him is one of the most potent rushing attacks in the NFL, as the 320 yards on the ground Carolina racked up against Detroit are the sixth-most by any team over the last decade. Carolina ran for 173 yards in a Week 7 win over Tampa and the Bucs are 0-5 when they allow over 150 rushing yards this season. With momentum on Carolina’s side, the model is steering clear of Tampa with Week 17 NFL knockout pool picks. See which team you should pick here.Top Week 17 NFL office pool picksOne of the strongest Week 17 NFL football pool picks from the model is that the Lions beat the Bears. Chicago’s eight-game losing streak is the longest active in the NFL. Last week against the Bills, Justin Fields, who had averaged over 100 rushing yards over his previous eight games, rushed for just 11 while Chicago used him as a pocket-passer in chilly weather conditions.The conditions will certainly be better in a dome on Sunday, but Detroit is the only team with an incentive to win. It still has a shot at the postseason, but must win out in order for that to happen. Over their last eight games, the Lions have three times as many takeaways (12) as giveaways (four), and their offense is explosive, ranking in the top five in points and yards. The Lions are forecasted to breeze to a double-digit victory and are projected to win straight-up over 70% of the time. See which other teams to pick here.

How to make Week 17 NFL picksThe model has made the call on who wins and covers in every other game on the Week 17 NFL schedule, and it’s calling for a shocking loss by a division leader. It’s also backing a surprising team that’s turned the corner in its NFL survivor picks. You can only get every pick for every game at SportsLine.So what NFL predictions, NFL pool picks, and NFL survivor picks can you make with confidence? And which division leader goes down hard? Check out the latest NFL odds below, then visit SportsLine to see which teams win and cover the spread, all from a proven computer model that has returned well over $7,000 since its inception, and find out.Week 17 NFL odds, lines, spreadsGet full NFL picks at SportsLineThursday, Dec. 29Cowboys at Titans (+9.5, 42)