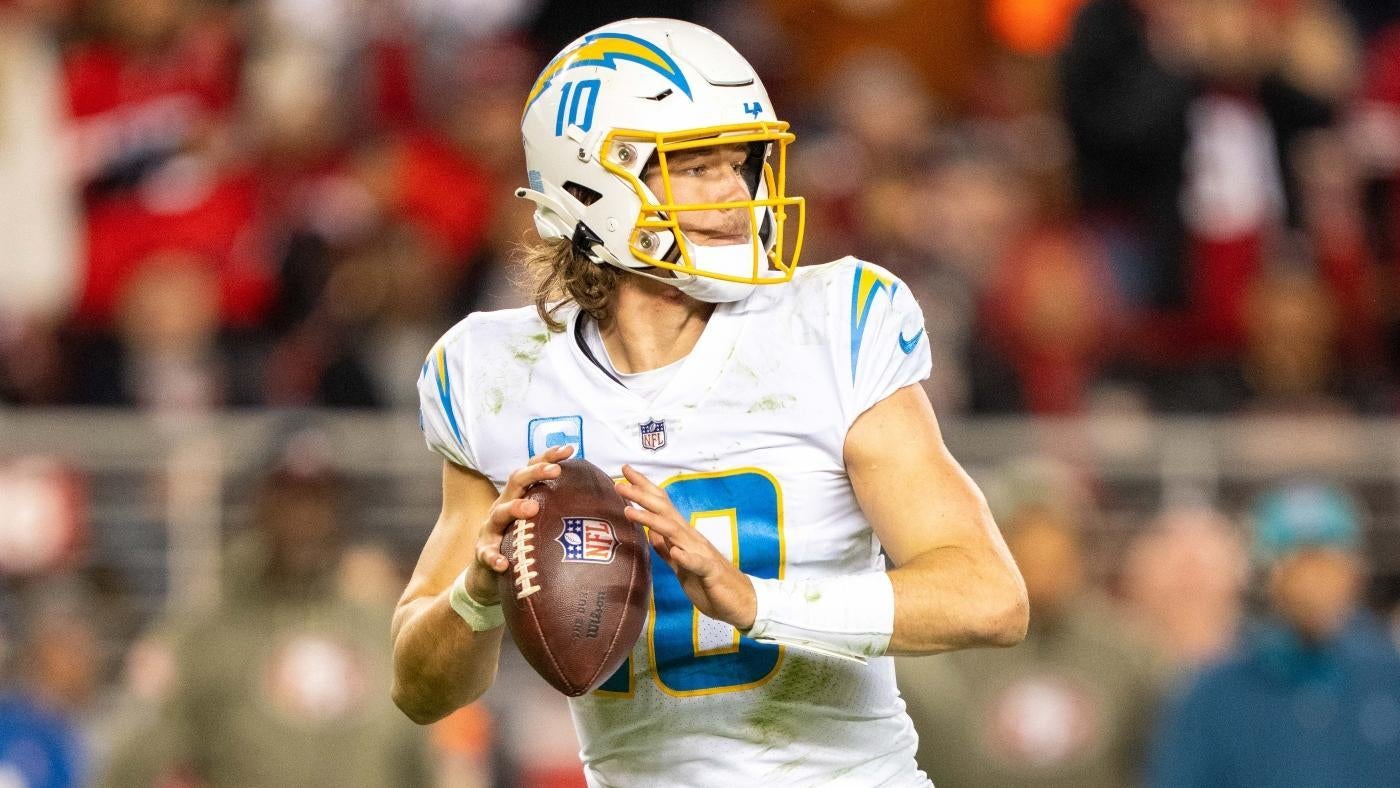 The Week 16 NFL schedule concludes with Los Angeles Chargers at Indianapolis Colts on Monday Night Football. Kickoff is 8:15 p.m. ET at Lucas Oil Stadium. Daily Fantasy football players will certainly be taking a hard look at the Chargers, who will have all their top skill players like Justin Herbert, Austin Ekeler, Mike Williams and Keenan Allen available. There could be some tougher calls for NFL DFS lineups when it comes to the Colts, who have lost star running back Jonathan Taylor (ankle) for the year and are turning to Nick Foles at quarterback. Where are the best values for this single-game slate for NFL DFS players? Before making any NFL DFS picks for Colts vs. Chargers on sites like DraftKings and FanDuel, be sure to check out the NFL DFS lineup advice, strategy and player stacks from SportsLine NFL daily Fantasy expert Jimmie Kaylor. Kaylor is a NFL and DFS expert for SportsLine, who opened the 2022 NFL season by winning DraftKings’ NFL Showdown Thursday Kickoff Millionaire contest. He edged out over 355,000 other entrants in the contest and also has multiple five-figure tournament wins on his DFS resume. Kaylor, who has been cashing big all season, has covered the NFL and college football for close to a decade as a member of the Pro Football Writers of America, and his background as a former college and NFL player gives him a unique perspective when building his fantasy lineups and locking in his betting picks.Kaylor has been spot-on all season, hitting on epic NFL DFS picks like Jerry Jeudy (4-102-1), Stefon Diggs (12-148-3, 6-106-1, 7-92-1), Amari Cooper (7-101-1, 5-131-1), Nick Chubb (23-113-1, 23-101-2), CeeDee Lamb (8-87-1), Deebo Samuel (6-115-1) Cooper Kupp (14-122), Travis Kelce (7-25-4, 10-106), Davante Adams (3-124-2), Justin Fields (179-1-1, 82-1), Derrick Henry (132-2), Jimmy Garoppolo (228-4), and Michael Pittman (7-61-1). Anyone who has followed his picks is way up.Now, Kaylor has turned his attention to Chargers vs. Colts on Monday Night Football Week 16 and just locked in his top daily Fantasy football picks. You can only see his picks and analysis at SportsLine.

Top NFL DFS picks for Chargers vs. Colts on MNFOne of Kaylor’s favorite DFS picks for the Colts vs. Chargers MNF game is Herbert. The third-year pro out of Oregon has cleared 310 passing yards in his last three games. This appears to be an ideal spot for him to make it four straight. Indianapolis got shredded for four passing touchdowns by Kirk Cousins last week. With a spot in the postseason on the line, Kaylor is expecting Herbert to play at a level that justifies his price tag on Monday. “Justin Herbert has had an up-and-down season, but, outside of a below average performance against the Titans last week, the former Oregon star has been playing his best football of the season over the last month,” Herbert told SportsLine. “With a playoff spot on the line, I am going expecting Herbert to shine during prime time on Monday Night Football. The Colts have a solid defense, but I am expecting the Chargers to put the game in Herbert’s hands and let him carry them to the postseason. I am projecting around 300 yards and two passing touchdowns with 20-plus rushing yards for Herbert on MNF,” Kaylor told SportsLine. You can see the rest of Kaylor’s NFL DFS picks here.How to build NFL DFS lineups for Colts vs. Chargers on MNFKaylor is also targeting another undervalued player who could explode for huge numbers for Monday Night Football. This pick could be the difference between winning your tournaments and cash games or going home with nothing. You can only see who it is, and the rest of Kaylor’s MNF DFS picks, at SportsLine.

So who is Jimmie Kaylor including in his optimal NFL DFS lineups for Monday Night Football? And which under-the-radar NFL DFS picks offer huge value? Visit SportsLine now to see optimal NFL DFS picks, rankings, advice, and stacks, all from a DFS expert who already won a single-game millionaire maker tournament in 2022, and find out.