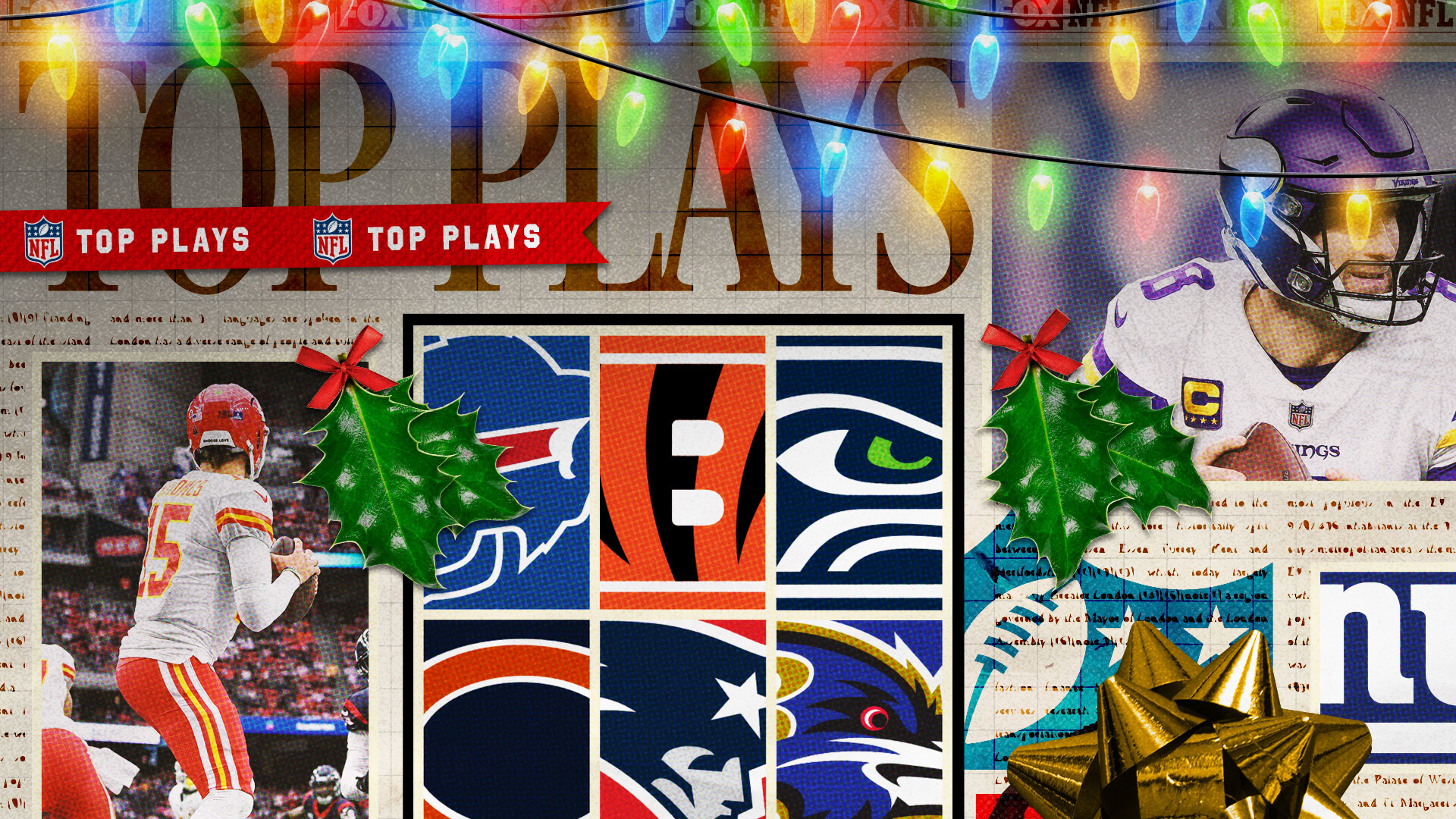 Week 16 of the NFL season continues Saturday with an action-packed slate — and we’ve got you covered with all the must-see moments from around the league. As the playoff race continues to intensify, so does the winter weather, and frigid cold temperatures and gusty winds are expected to play a major role during the 11-game Christmas Eve slate.Eight games had kickoff temperatures below freezing, and four games have nighttime temperatures projected to be in the single digits or in the negatives, per FOX Sports Research and FOX Weather.The Bills-Bears game could be the coldest in Soldier Field history in terms of wind chill, with a feels-like temperature anywhere between -9 to -20 degrees, while the Saints-Browns game is expected to have wind gusts up to 63 mph.Here are the top plays from Saturday’s slate!Seattle Seahawks at Kansas City ChiefsBattling earlyAfter going three-and-out on their opening drive, the Chiefs bounced back in a big way on their second possession when Patrick Mahomes hit Kadarius Toney for an 8-yard touchdown to give K.C. an early lead.New York Giants at Minnesota VikingsHistory madeWith a 25-yard reception in the first quarter, Justin Jefferson (1,661 yards) set the new Vikings single-season receiving yard record, breaking Randy Moss’ 2003 record (1,623) after coming up just short last season (1,616).Then, with momentum on their side, the Vikings were first on the board with a touchdown courtesy of T.J. Hockenson.Detroit Lions at Carolina PanthersPouncing earlyThe Panthers took the lead on their opening drive, thanks to the fancy footwork of Raheem Blackshear.Quick answerThe Lions came back with an opening-drive score of their own, as Jared Goff connected with tight end Shane Zylstra.Cincinnati Bengals at New England PatriotsDynamic duoThe Joe Burrow-Tee Higgins connection was hot despite the freezing weather, picking up a smooth first-quarter score.Double troubleThe Bengals added six more points when Burrow launched one to wideout Trent Irwin, who reeled in this pass under pressure while fighting off Patriots defenders. Just like that Cincinnati took a 12-0 lead midway through the first frame.Buffalo Bills at Chicago BearsOn the moveJustin Fields connected with a wide-open Dante Pettis on the Bears’ opening drive to take a 7-0 lead over the Bills.Closing the gapGabe Davis reeled in a 19-yard touchdown pass from Josh Allen to make it a one-point game, 7-6, midway through the first quarter after heavy winds resulted in a missed extra point.Atlanta Falcons at Baltimore RavensStay tuned for updates!New Orleans Saints at Cleveland BrownsStay tuned for updates!COMING UP:Houston Texans at Tennessee Titans (Delayed to 2:02 p.m. ET)
Houston Texans

u38.5
Get more from National Football League Follow your favorites to get information about games, news and more