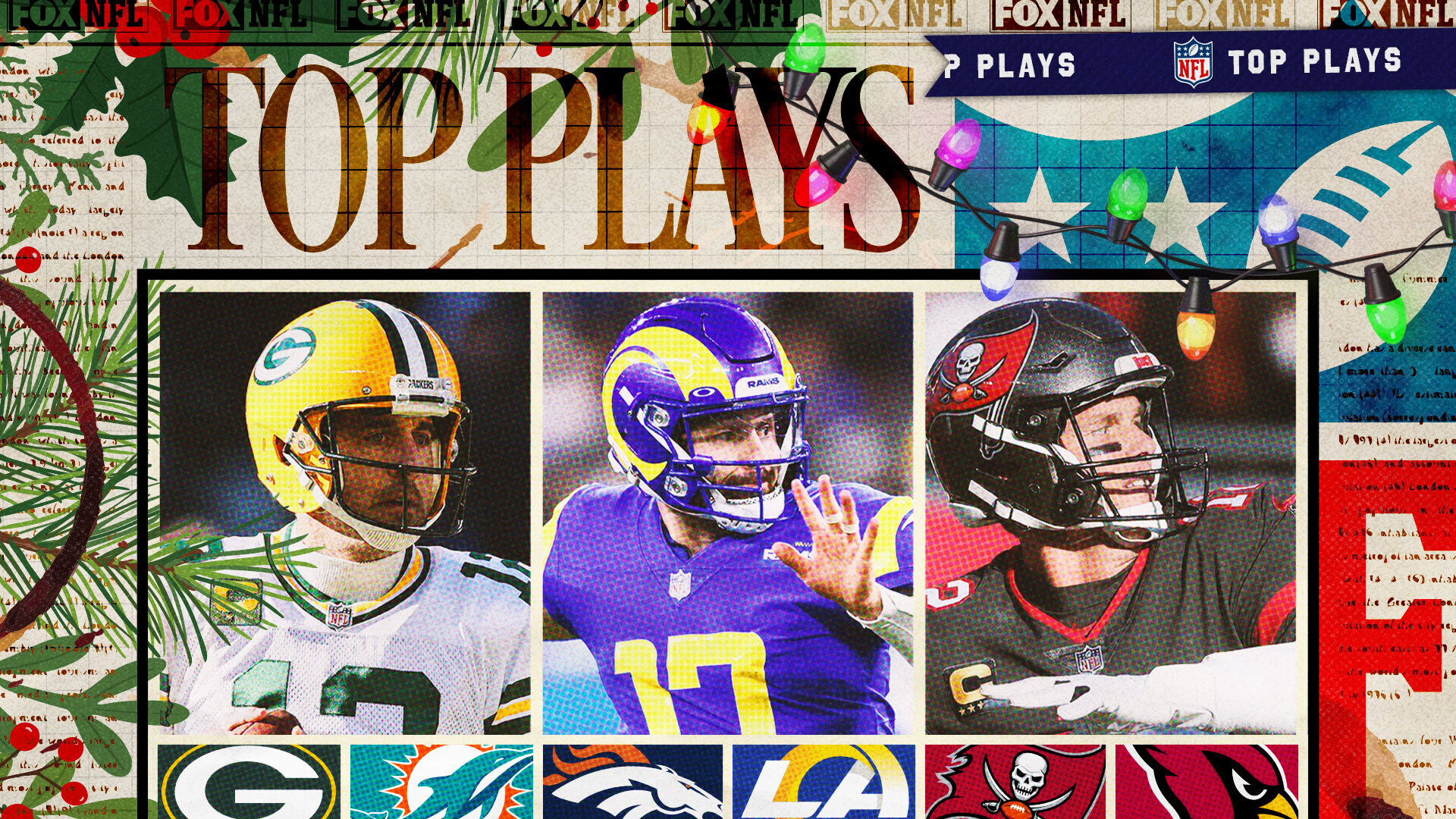 Week 16 of the NFL season continues Sunday with a three-game Christmas Day slate — and we’ve got you covered with all the action from start to finish!Aaron Rodgers and the Green Bay Packers upset Tua Tagovailoa and the Miami Dolphins to begin the Christmas Day slate at Hard Rock Stadium in Florida. Trailing 20-10 at halftime, the Packers scored 16 unanswered points in the second half as Tagovailoa threw an interception on the Dolphins’ final three drives.Later, the Los Angeles Rams are playing host to the Denver Broncos (4:30 p.m. ET), followed by the Tampa Bay Buccaneers facing the Arizona Cardinals (8:20 p.m. ET) to close out the action.Here are the top plays from Sunday’s slate!Denver Broncos at Los Angeles Rams (4:30 p.m. ET)
Denver Broncos

u36
FINAL: Green Bay Packers 26, Miami Dolphins 20Nearly running all the wayAfter the Dolphins went up 3-0 on the opening drive, Keisean Nixon put the Packers in great field position, returning the ensuing kick 94 yards to put Green Bay within Miami’s 10-yard line. The Packers weren’t able to fully take advantage, settling for a field goal.Waddle your way for six!Jaylen Waddle took Tagovailoa’s pass the distance, turning a 10-yard reception to an 84-yard touchdown to put Miami up 10-3.Got a Marcedes for ChristmasGreen Bay finally reached the end zone when Rodgers found Marcedes Lewis wide open to tie the game at 10-10.Finding TyreekTagovailoa’s favorite gift this season has been Tyreek Hill, and he connected with him again on Christmas. The star receiver hauled in a 52-yard grab to put the Dolphins at the Packers’ 1-yard line. Jeff Wilson ran in for a touchdown on the ensuing play to give Miami a 17-10 lead.Not on Miami’s watchThe Packers tried to keep their drive alive by running a fake punt on fourth down deep in their own territory. The Dolphins sniffed out the fake quicker than Santa sniffs cookies on Christmas Eve. Big fourth-down conversionRodgers used the play-action to his advantage, finding Christian Watson open for a first down to help set the Packers up for a field goal to make it 20-13 before halftime. ♫ Sliiiide to the left ♫Rodgers moved to his left and found Lewis again, but this time for a 30-plus yard completion to set the Packers up at the Dolphins’ 7-yard line.Awesome AJAJ Dillon powered his way into the end zone just two plays after Rodgers’ deep pass to even the game early in the third.Watson done for the dayRodgers and the Packers will be without their top receiver in recent weeks for the rest of Christmas Day as Watson suffered a hip injury and has been rule out. He had six receptions for 49 yards on the day before leaving. Dolphins defense gets the pick … but was there a PI?Rodgers wanted it all on third-and-15, launching a pass to the end zone to Allen Lazard. Kader Kohou made the play to get the interception for the Dolphins though, but it appeared he might have gotten away with some contact.”Ball Don’t Lie,” at least for Packers fansOn the play right after Rodgers’ interception, the Packers got the ball back when Tagovailoa threw the ball right at Jaire Alexander to give Green Bay great field position. A gift for De’Vondre CampbellTagovailoa threw another interception right at the Packers LB as the Dolphins were driving to either tie or take the lead.Tua turnoverThe Dolphins quarterback threw his third interception in his final three dries as his final pass of the game went straight to Rasul Douglas, sealing the 26-20 win for the Packers.Stay tuned for updates!COMING UP:Tampa Bay Buccanners at Arizona Cardinals (8:20 p.m. ET)
Tampa Bay Buccaneers

u41
Get more from National Football League Follow your favorites to get information about games, news and more