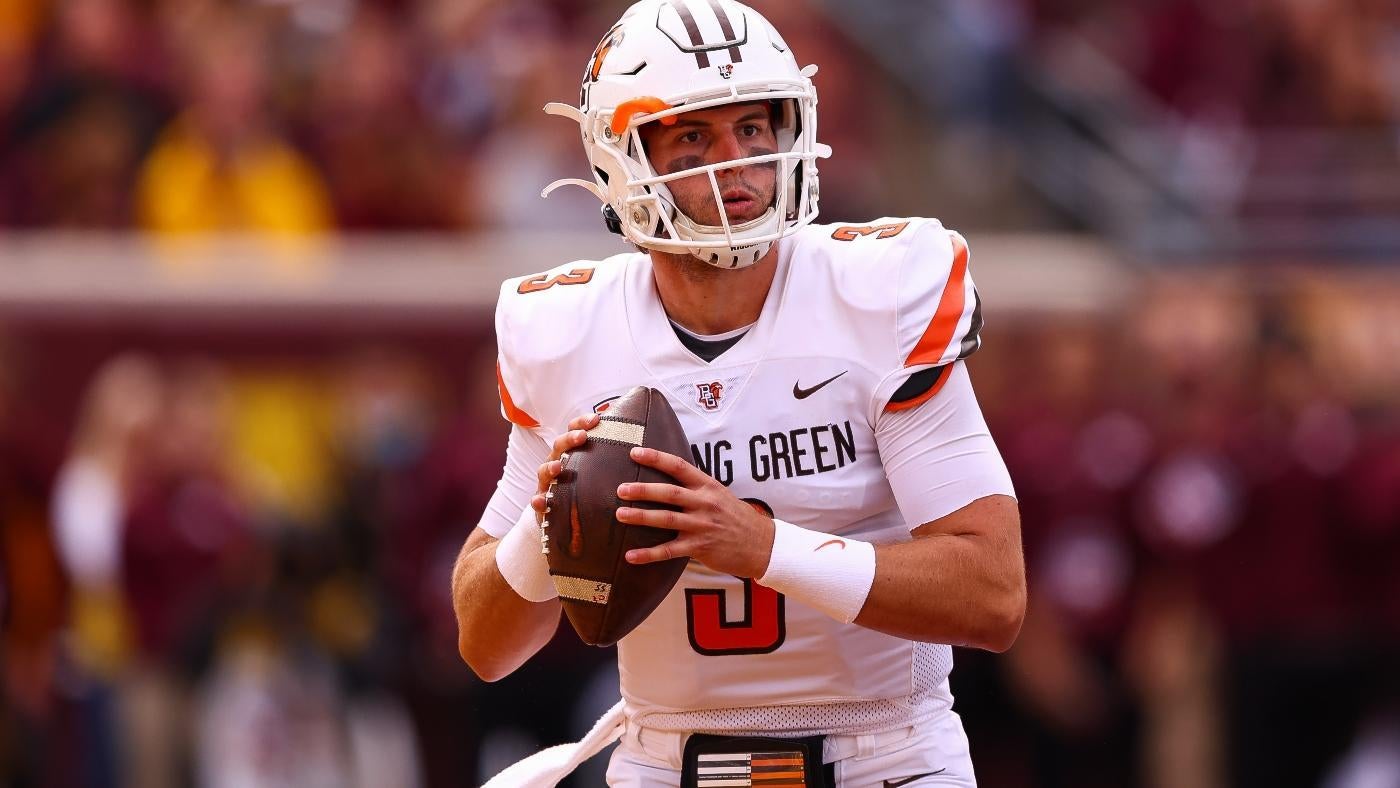 The Quick Lane Bowl features a pair of programs on the rise as New Mexico State and Bowling Green clash at Ford Stadium in Detroit to kick off the post-Christmas slate. Neither program has played in a bowl game since 2017, making this a big moment for both teams. The Aggies needed a late waiver to become bowl eligible after their game against San Jose State was cancelled in October and replaced with a second FCS opponent. Luckily for them, the waiver cleared NMSU for a bowl after it won five of its last six games. Bowling Green also had a brutal 1-3 start after a seven-overtime nonconference loss to FCS Eastern Kentucky. However, the Falcons pulled things together down the stretch to finish with a winning record in MAC play. New Mexico State and Bowling Green have never played in their more than 100 years of existence, proving one of the reasons why bowl season is so great. The last time NMSU played a MAC opponent was 2019 when the Aggies lost 42-28 against Central Michigan to move to 0-7. What you need to knowKillin’ It: New Mexico State has been one of the most woebegone programs in all of college football, clearing .500 just one time since 2002 and winning a combined eight games over the past four years. However, first-year coach Jerry Kill quickly got the program back on track after moving over from an off-field job at TCU. The Aggies won five of their last six games, including emphatic victories over New Mexico and Liberty. It won’t get much national attention, but Kill had one of the most impressive coaching jobs in college football this year. Falcon resurgence: After years of struggles under coach Scot Loefler, Bowling Green finally broke through in the second half of the season. Beating Marshall the week after the Thundering Herd topped Notre Dame built some confidence, but winning three straight against Miami (Ohio), Central Michigan and Western Michigan proved the Falcons’ resurgence was real. Led by dynamic All-MAC rusher Karl Brooks, this is the first winning conference record at BGSU since Dino Babers left.

Both of these teams have won ugly all season long against better opponents, but the deeper and more battle-tested program will come on top in Detroit. Bowling Green’s rise under Loeffler took time, but wins over Toledo and two of the vaunted directional Michigan schools gives them a strong base to take this game. Prediction: Bowling Green -3