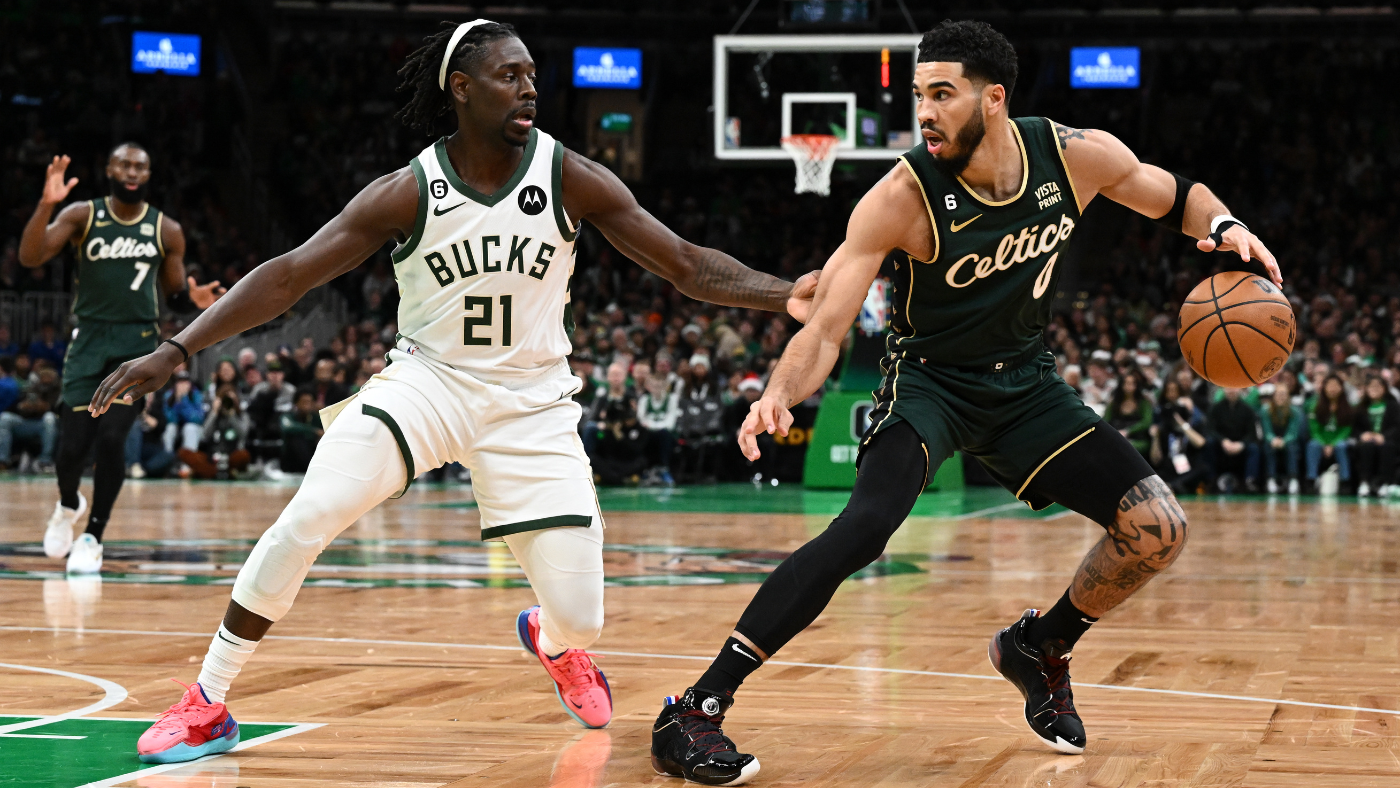 We’re 60 percent of the way through the five-game Christmas slate. In the opener, the 76ers dominated the second half to defeat the Knicks, 119-112, which was followed by the Mavericks taking out the Lakers, 124-115, behind a 51-point third quarter. Below are the top Christmas performances so far. This post will continue to update throughout the night. Jayson Tatum: 41 points, 7 rebounds, 5 assistsWhen there’s a primetime matchup, you can pretty much count on Tatum going off these days, and going head to head with Giannis Antetokounmpo certainly qualifies.
Tatum was lethal from all three levels on Sunday, hitting 3 of 7 from deep, 3 of 4 from the midrange and 8 of 11 in the paint. He went 10 for 10 from the free-throw line, where he’s posting a career high 8.5 attempts per game this season. Jordan Poole: 32 points in 29 minutesPoole entered Christmas averaging 28 points in games Stephen Curry hasn’t played, and he continued that trend on Sunday with 32 points in just 29 minutes. Poole was clearly in cook mode early, jitterbugging all over to create shots and moving without the ball for catch-and-shoots. He had a shot at 40 but was ejected for picking up a second technical foul midway through the fourth quarter.

Luka Doncic: 32 points, 9 assists, 9 reboundsDoncic was measured in his typical brilliance, methodically piecing together this ho-hum night on just 16 shots (12 of 16 free throws) and keeping the Lakers at a distance with nine fourth-quarter points. This fake Doncic threw on Wenyen Gabriel was quite amusing.
Joel Embiid: 35 points, 8 reboundsEmbiid finished 12 of 22 from the field and got to the line 15 times, sinking 10. He was doing work from his office, putting the ball on the floor from the free-throw line extended/elbow area, and he got his midrange jumper, which has been efficient all year, going with 15 third-quarter points before Philly made its move with a 24-9 run over the bulk of the fourth quarter.
Harden has been playing terrific since returning to the lineup, and he again made everything go on Christmas for a Sixers team that has won eight straight. He finished with five 3-pointers and matched Embiid with 10 made free throws. Harden in pick and roll is still a virtually guaranteed quality shot. Harden has tallied a remarkable 34 assists over his last two games.

Christian Wood: 30 points, 8 rebounds, 7 assistsWood coming off the bench has been a major point of discussion all season. He’s started the last five, and it’s going to be hard to send him back to the bench after games like this. The seven assists are a career high for Wood, as are the four steals he added to his line. When Wood plays 30 minutes or more, he basically averages 24 and 10 boards. Since becoming a starter, he’s averaging 18 and nine. Dallas needs his firepower and the pairing with Doncic is offensively ideal.
Hat tips in defeatLeBron James: LeBron did all he could with Anthony Davis still sidelined, posting 38 points, six rebounds and five assists on 13-of-23 shooting, including 12 of 12 from the free-throw line. He committed just two turnovers and the Lakers were on the positive side of his 34 minutes. LeBron has now scored at least 30 points in his last seven games. Julius Randle: Randle came out on fire, hitting four of his first six 3-pointers through a quarter and a half. He was shut out from deep after that by still wound up with 35 points and eight boards. Randle has played well pretty much all season and has averaged 31 and 11 over his last three, but the Knicks, after winning eight straight, have dropped each of those three. Ja Morant: Morant finished with 32 points, eight assists and seven rebounds on better than 50-percent shooting, but it wasn’t enough with Desmond Bane turning in a nine-point showing on 0 of 7 from 3.