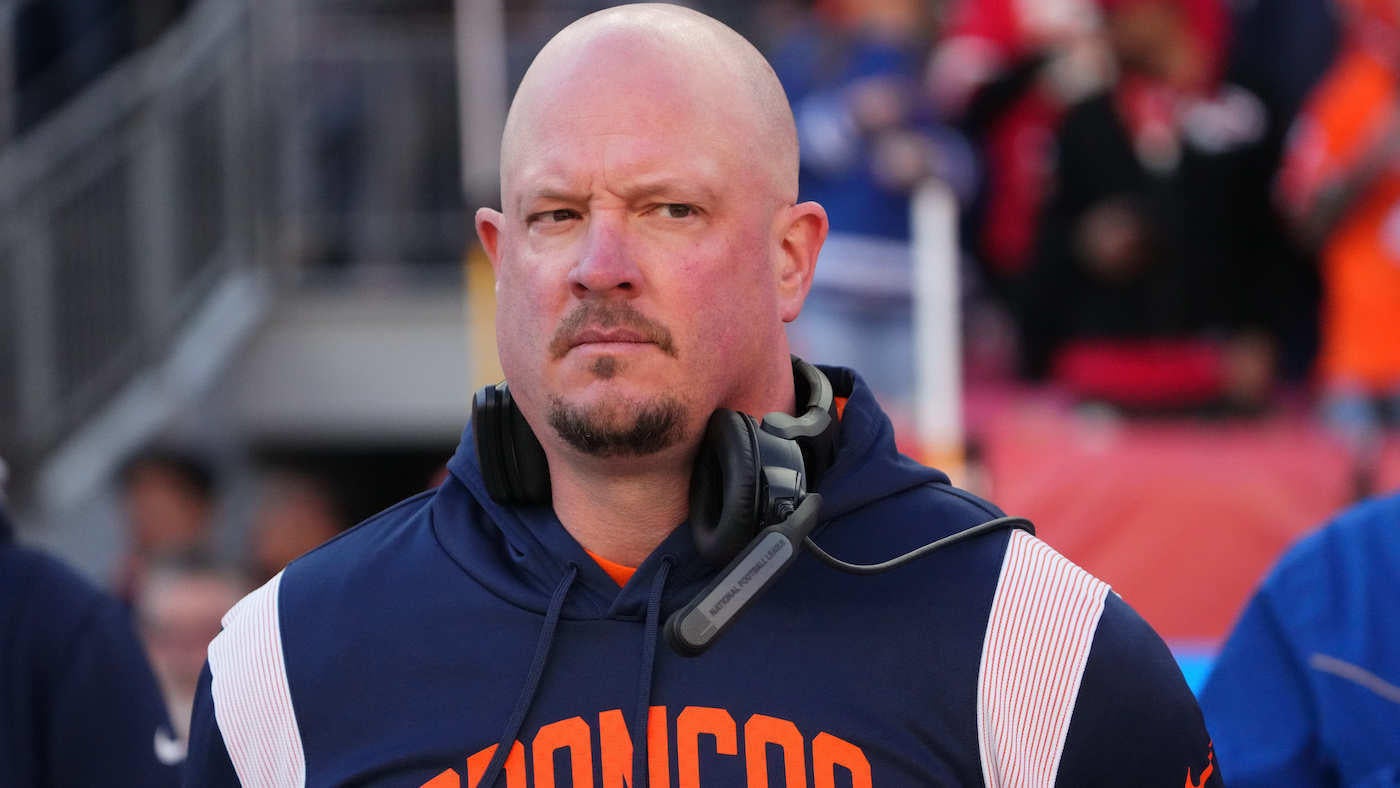 The Denver Broncos moved on from Nathaniel Hackett after just 15 games, ending one of the most disastrous head coaching hires in NFL history. Hackett didn’t last past his first season in Denver, despite having Russell Wilson as his franchise quarterback and a roster projected to compete for the AFC West title and end a six-year playoff drought. The Broncos defense was one of the best in the NFL, despite the offense not holding up to their end of the bargain. A 51-14 loss to the Los Angeles Rams was the final straw for Hackett, who appeared to be on the outs anyway once the season concluded. Hackett is just the fifth head coach since the merger not to last to the finish of his first season. Here’s the infamous list of head coaches Hackett didn’t want to be on — and why they failed. Nathaniel Hackett (Denver Broncos, 2022)Record: 4-11Hackett was a disaster from the start in Denver, as the Broncos offense averaged 15.5 points per game under his watch — the franchise’s lowest since 1971. The Broncos were also last in third-down conversation rate at 28.6% in the 15 games under Hackett.

Russell Wilson signed a five-year, $242.6 million contract with Denver this offseason. Out of 33 qualifying quarterbacks, Wilson is 32nd in completion rate (60.1%) and 29th in passer rating (82.6). His dropoff is contributed to Hackett and an offense that was inefficient.The Broncos can’t cut Wilson and his contract, so Hackett is the odd man out. Wilson gets another coach to help rebound his career. Record: 2-11Meyer was fired prior to the end of a disastrous first season in Jacksonville, which was one of the worst head coaching hires ever. A tenure full of embarrassment and scandal, from controversial head coach hires to quarrels with players (including allegedly kicking one that led to his dismissal). Makes sense considering Meyer never was a coach in the NFL prior to his hire in Jacksonville.

The numbers were abysmal for Trevor Lawrence in his rookie season too, who finished his rookie season completing 59.6% of his passes for 3,641 yards with 12 touchdowns to 17 interceptions (71.9 rating). Of the 31 qualified quarterbacks, Lawrence was 29th in completion percentage, 31st in touchdown percentage (2.0%), 24th in interception percentage (2.8%), 31st in yards per attempt (6.0), and 30th in quarterback rating.Meyer mishandled his players, his personnel, and wasn’t fit to coach in the NFL. Record: 3-10Petrino was hired by the Falcons after a successful stint at Louisville to work with Michael Vick and turn him into a complete player. Vick’s role in the illegal dogfighting ring led to him not playing a down and eventually going to jail, leaving Atlanta’s season an abject disaster. The Falcons traded Vick’s backup, Matt Schaub, in the offseason — leaving Petrino with Joey Harrington and Byron Leftwich as his quarterbacks.

Petrino had enough of the situation in Atlanta, resigning to take the head coaching job at Arkansas just a day after promising owner Arthur Blank he would stay with the Falcons. He didn’t have a strong relationship with the Falcons players and was reluctant to share personnel decisions with his players. Petrino never coached in the NFL again. Record: 1-8A wide receivers coach for Washington and the Baltimore Colts, McCulley lasted just nine games with the 49ers before his dismissal. Attendance was poor for 49ers games thanks to the poor start, as 10,000 season ticket holders didn’t show up to Candlestick Park in the game prior to McCulley’s dismissal. General Manager Joe Thomas fired McCulley after taking the majority of the blame for the 49ers’ slow start. The 49ers signed O.J. Simpson prior to the 1978 season, but a bad knee and a weak offensive line didn’t bode well for Simpson — who was a shell of a player he once was with the Buffalo Bills.

McCulley was the fourth head coach of the 49ers in the last three years. Bill Walsh was hired the following offseason while McCulley continued his NFL career as a wide receivers coach for the New York Jets and a quarterbacks coach for the Kansas City Chiefs. Lou Holtz (New York Jets, 1976)Record: 3-10Holtz had a 33-12-3 record in four seasons at North Carolina State before leaving and accepting an offer to become the head coach of the Jets. Realizing he couldn’t coach in the pros after a 3-10 start, Holtz resigned with a game left to play and decided to go back to the college ranks. The 1976 Jets averaged 12 points on offense and allowed 27.2 points a game, an average point differential of -15.2. The Jets two wins (Tampa Bay Buccaneers and Buffalo Bills) were a combined 2-25 against everybody else. The Jets turned the ball over three times more than the amount of touchdowns they scored — the definition of ineptitude.

Holtz had a successful college career, winning the national championship with Notre Dame in 1988 and finishing with a record of 249-132-7 in his college head coaching career.