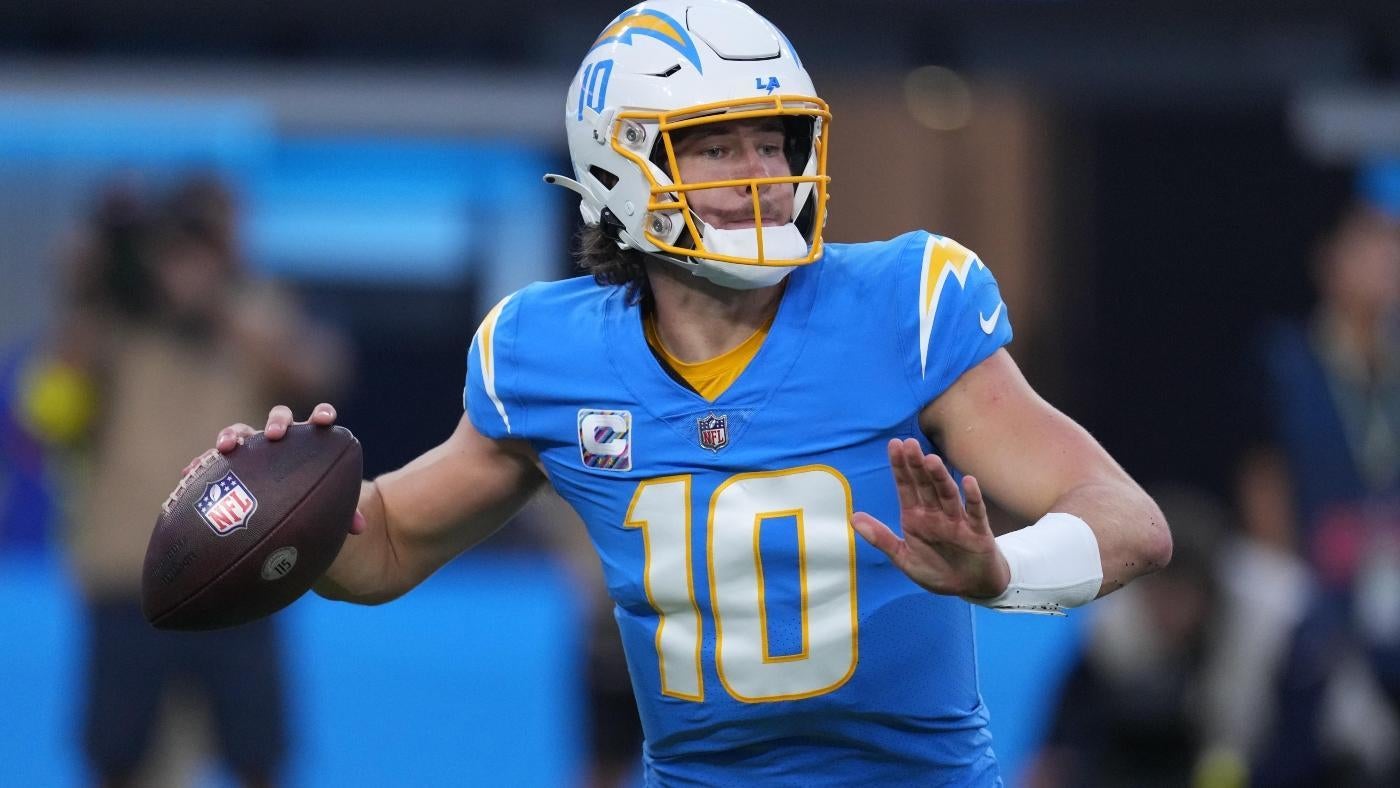 The Indianapolis Colts will look to rebound from their devastating loss a week ago when they take on the visiting Los Angeles Chargers in a key AFC matchup on Monday Night Football. The Chargers (8-6), who can clinch a playoff berth with a win, have won two in a row and three of four. They are coming off a 17-14 win over the Tennessee Titans. The Colts (4-9-1), who have lost four in a row, are coming off a 39-36 overtime loss at Minnesota last Saturday. Indianapolis let a 33-point lead slip away in that game and has now been eliminated from postseason consideration. Kickoff from Lucas Oil Stadium in Indianapolis is set for 8:15 p.m. ET. Los Angeles leads the all-time series 19-11, including a 17-10 edge during the regular season. Los Angeles is a 4-point favorite in the latest Chargers vs. Colts odds from Caesars Sportsbook, while the over/under for total points scored is set at 45.5. Before making any Colts vs. Chargers picks or NFL predictions, make sure you check out what SportsLine’s resident Los Angeles expert, R.J. White, has to say.White, a Fantasy and gambling editor for CBS Sports, consistently crushes against-the-spread picks and went 445-378-24 on his ATS picks from 2017-21, which returned $2,542 to $100 players. He’s also an incredible 22-9-2 on his last 33 against-the-spread NFL picks involving the Chargers, returning $1,193 for $100 bettors.He’s well-known for cashing out big in the Westgate Las Vegas SuperContest twice since 2015. White also cashed big on his NFL futures in 2021, including nailing Jonathan Taylor as the NFL rushing leader at 10-1. Anyone who has followed White is way up.

Why the Chargers can coverQuarterback Justin Herbert powers the Los Angeles offense. In 14 games this season, Herbert has completed 407 of 603 passes (67.5%) for 4,019 yards and 21 touchdowns with nine interceptions for a rating of 91.5. He has also rushed 46 times for 145 yards (3.2 average) and one explosive play of 23 yards. In the win over Tennessee last week, Herbert completed 28 of 42 passes (66.7%) for 313 yards.Also helping power the offense is running back Austin Ekeler. In 14 games played, Ekeler has carried 165 times for 692 yards (4.2 average) and nine touchdowns. He has three explosive plays of 20 yards or more, including a season-long 71 yards. He has also been a factor in the passing game, catching a team-high 95 passes for 635 yards (6.7 average) and five touchdowns. See which team to pick here.

Why the Colts can coverIndianapolis will turn to third-string quarterback Nick Foles to make his first start of the season. Foles is no stranger to success, helping lead the Philadelphia Eagles to the Super Bowl LII championship in 2017. Foles was named the Super Bowl MVP after completing 28 of 43 passes for 373 yards and three touchdowns with one interception in a 41-33 win over the New England Patriots. For his career, Foles has completed 62.4% of his passes for 14,003 yards and 82 touchdowns against 43 interceptions.With Taylor shut down for the rest of the season with a high ankle sprain, the Colts will turn to Zack Moss and Deon Jackson at running back. Moss tied a career high with 81 yards rushing last week. Jackson rushed for 55 yards and had his first career touchdown reception in Week 15 at Minnesota. Jackson is second on the team with 57 rushing attempts for 191 yards (3.4 average) and one touchdown. He also has 21 receptions for 125 yards (6.0 average). See which team to pick here.How to make Colts vs. Chargers picksWhite has analyzed this matchup from every angle. He’s leaning Under the point total and he has discovered a critical X-factor that has him jumping all over one side of the spread. He’s only sharing what it is, and which side to back, at SportsLine.

Who wins Chargers vs. Colts on Monday Night Football? And which critical X-factor makes one side of the spread a must-back? Visit SportsLine now to see which side of the Colts vs. Chargers spread to back, all from the expert who is an outstanding 22-9 on picks involving Los Angeles, and find out.