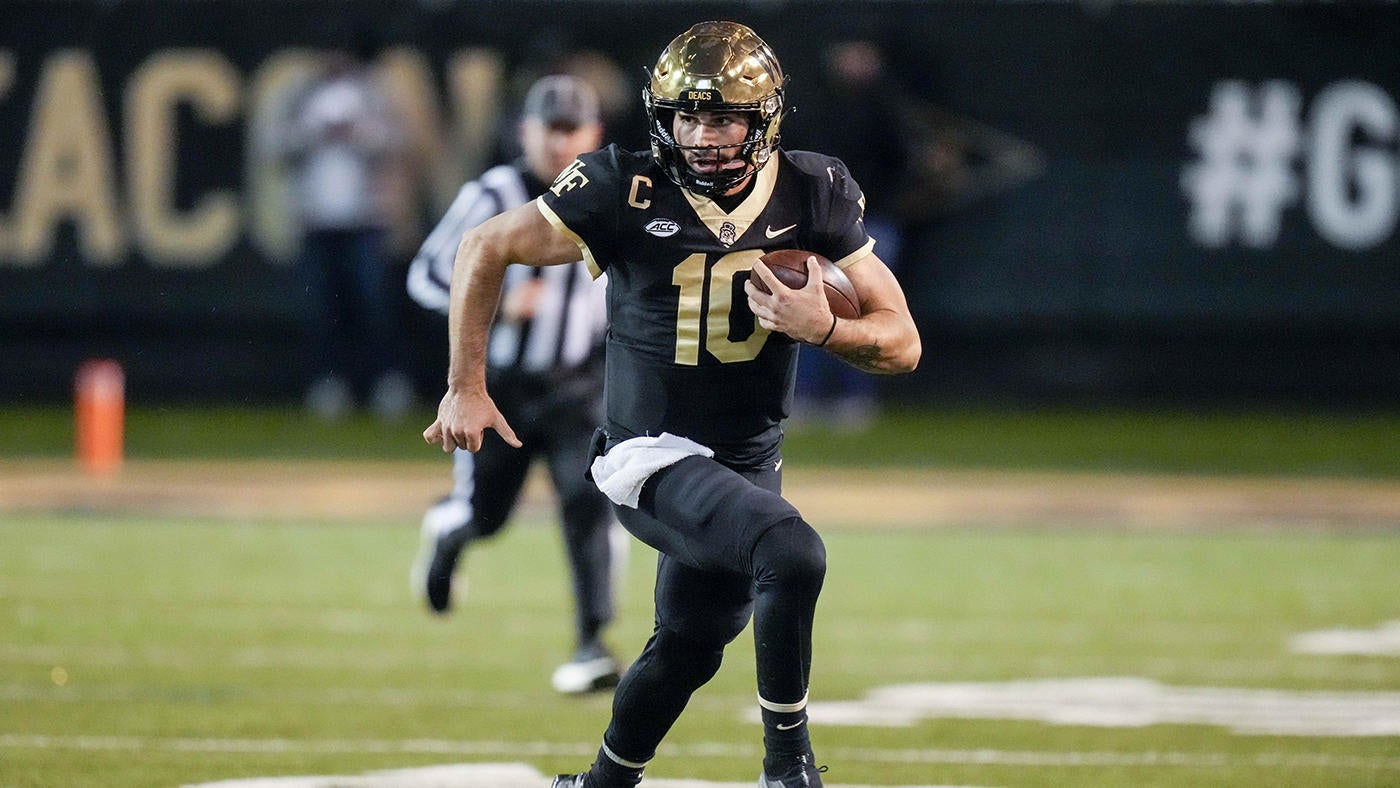 Missouri and Wake Forest will cap their 2022 seasons in Tampa, Florida, in the Gasparilla Bowl at Raymond James Stadium, which is important because bowl games often seem to take it to the next level when they’re played in a stadium with an actual pirate ship inside the venue. And when the bowl game is named after a fictional pirate who terrorized the Gulf of Mexico, amassing a vast fortune? Well, that only takes things to the next level.The two teams in this game had seasons that were something of mirror images of one another. Wake Forest began the season with six wins in its first seven games but fell apart down the stretch. A 48-21 loss to Louisville that saw the Demon Deacons blow a halftime lead with eight — eight! — second-half turnovers began a stretch of four losses in their final five games. Meanwhile, Missouri rebounded from a 2-4 start to the season with four wins in its last six games, including wins in its final two games to attain bowl eligibility.The bowl will mark the first time the teams have ever met on the football field.How to watch Gasparilla Bowl liveDate: Friday, Dec. 23 | Time: 6:30 p.m. ETLocation: Raymond James Stadium — Tampa, FloridaTV: ESPN | Live stream: fuboTV (Try for free)Missouri vs. Wake Forest: Need to knowThis will be Sam Hartman’s last game with Wake Forest: Hartman became Wake Forest’s all-time leading passer earlier this season, passing Riley Skinner’s previous mark of 9,762 yards, and he enters the final game of his Wake career with 12,687 yards and another school record with 107 passing touchdowns. He’s one touchdown away from passing  former Clemson QB Tajh Boyd to become the ACC’s all-time leader. What isn’t known is whether this will be Hartman’s final college game. All he’s confirmed is that he’ll be leaving Wake Forest, but he could enter the NFL Draft or transfer. Whatever his next stop is, he’ll leave Wake as the greatest quarterback in program history.

Missouri will be short-handed: Without its defense, Missouri likely doesn’t reach a bowl game. While the offense improved late in the year, the defense carried the team for most of the season, and it will be needed against an explosive Wake Forest offense. Unfortunately, it’ll be missing a lot of key players. Defensive ends Isaiah McGuire and D.J. Coleman and safety Martez Manuel were the team’s top three leaders in sacks, accumulating 16 combined, and none will play in this game as they’re preparing for the NFL Draft. On the offensive side of the ball, Dominic Lovett led Missouri with 56 receptions for 846 yards, but he’s in the transfer portal and won’t be playing in the game.This is the bowl’s first meeting between Power Five programs: The Gasparilla Bowl first appeared in 2008 as the magicJack Bowl and has gone through seven different names since. It has seen teams from six difference conferences appear in the game, with UCF making five appearances over the years. However, despite all the variety, the game has never featured two Power Five teams facing one another. In fact, only three Power Five programs have ever appeared in the game. The SEC sent Mississippi State in 2016 and Florida last year, while the ACC’s NC State played in the 2014 game. Gasparilla Bowl prediction, picks If you want to take Wake Forest to cover the spread due to everybody Missouri is missing, I won’t talk you out of it, but I think the over is the smarter play. Wake Forest’s defense has been awful all season long, and even a short-handed Missouri offense could find success against it, which makes trusting Wake to win difficult. Meanwhile, Wake should have no trouble scoring against a Missouri defense missing so many key players. This one could get silly. Prediction: Over 58.5