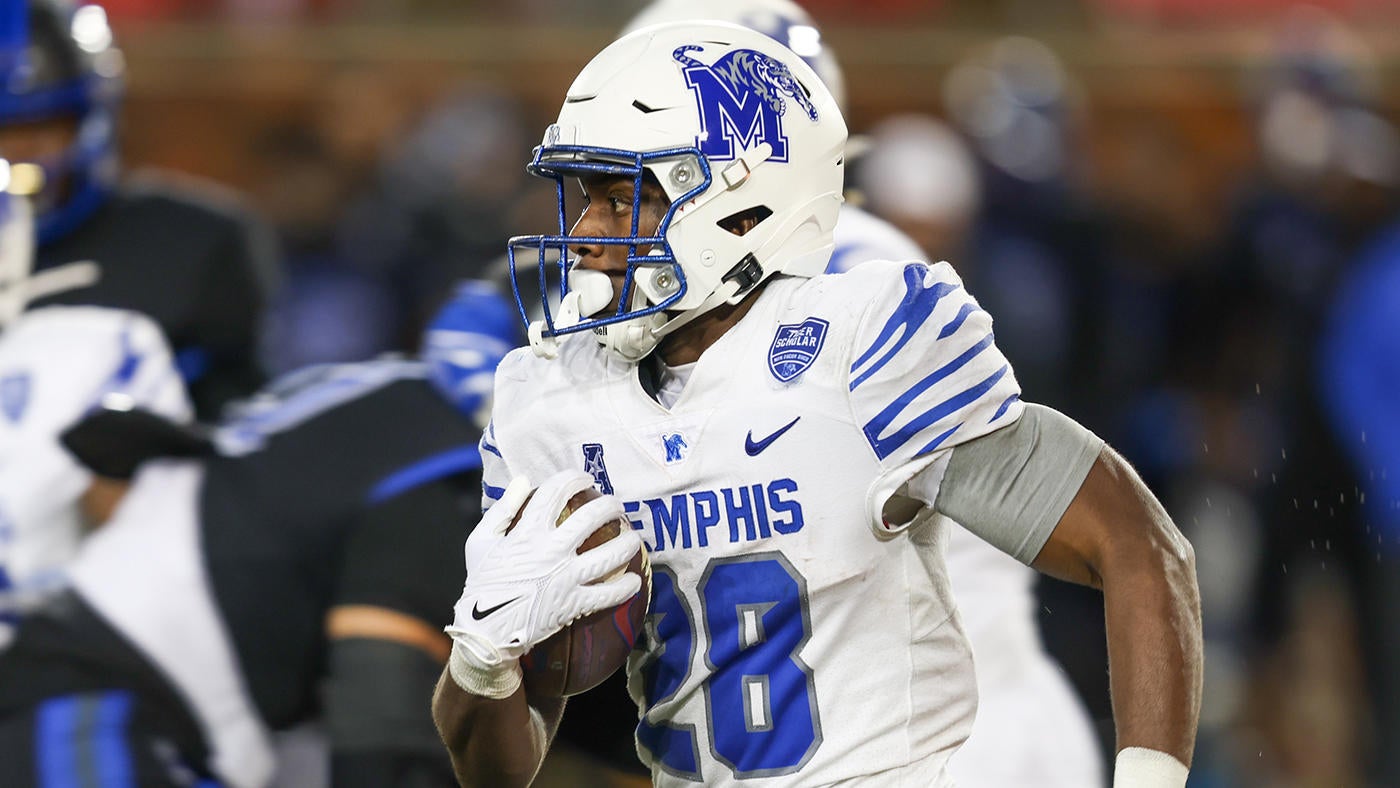 When Memphis and Utah State play in the First Responder Bowl on Tuesday, it will be a battle between programs with some similarities. Both have cycled up to be among the top of Group of Five programs in the country at points in recent years, but both are dealing with the relative disappointment of 6-6 seasons in 2022.For Memphis, a streak of eight straight years finishing .500 or better is on the line, while Utah State is seeking a second straight winning season to begin coach Blake Anderson’s tenure. The Aggies rallied from a 1-4 start to reach bowl eligibility and posted a 5-3 mark in Mountain West play.Memphis dealt with a four-game losing streak after a 4-1 start but rebounded to secure bowl eligibility for a ninth straight season. Memphis owns a 4-3 all-time edge in the series with the Aggies, but this is the first meeting since 1977. Though both programs have plenty of recent bowl appearances, neither has played in the First Responder Bowl before.The Tigers’ Hawai’i Bowl contest against Hawai’i was canceled last season due to COVID-19 issues in the Warriors’ program. Utah State won the LA Bowl over Oregon State 24-13 last season to end Anderson’s first season with an 11-3 record.

Memphis vs. Utah State: Need to knowTwo different paths to a bowl: Based on how the season went for these teams, we could either have a blowout victory for Memphis or a close win by Utah State. All six of Memphis’ wins are by double-digits while three of its losses came by there points or less. When the Tigers won, they won big. But they often found excruciating ways to lose. On the other hand, Utah State managed a 4-0 mark in one-possession games while all six of its losses came by double digits. Looked at another way, Memphis owns a +93 points differential on the season while Utah State is at -88. They may have the same record, but the Tigers and Aggies took vastly different paths to get there. Statistical disparities: There are a couple of major statistical differences between these teams. Utah State is the second-most penalized team in college football, averaging 79.42 penalty yards per game while getting flagged an average of 8.58 times per contest. By contrast, Memphis is the fifth-least penalized team as the Tigers are whistled an average just four times per game for an average of just 35.33 yards. The other glaring statistical difference is in turnover margin. Utah State is tied for 114th nationally with a -0.58 turnover margin per game. Memphis is tied for 37th in the same category with a positive margin of 0.33 turnovers per contest.Pass vs. Run: Memphis gets things done through the air with sophomore quarterback Seth Henigan, who has thrown for 3,275 yards this season. With a few completions, he should surpass his yardage mark of 3,322 from last season. With the Texas native slinging the football, five different players have made 35 or receptions for Memphis this season. Utah State employs a more run-oriented offense led by senior back Calvin Tyler Jr. He’s already run for 1,043 yards this season.

These teams are both 6-6, but they took different paths to get there. Memphis started 4-1 before struggling in close games. Utah State started 1-4 and was blown out a few times but reached bowl eligibility by coming out on top in some close games. The Aggies are among the nation’s least-disciplined teams when it comes to penalties, and they struggle to win the turnover battle. The Tigers are far more sound in both areas and have the passing attack to win this game by a wide margin. Prediction: Memphis -7.5Which college football picks can you make with confidence during bowl season, and which underdogs will win outright? Visit SportsLine to see which teams will win and cover the spread — all from a proven computer model that has returned almost $2,500 in profit over the past six-plus seasons — and find out.