McKenna: The Jets can end the Zach Wilson era. It’s long past time to move on 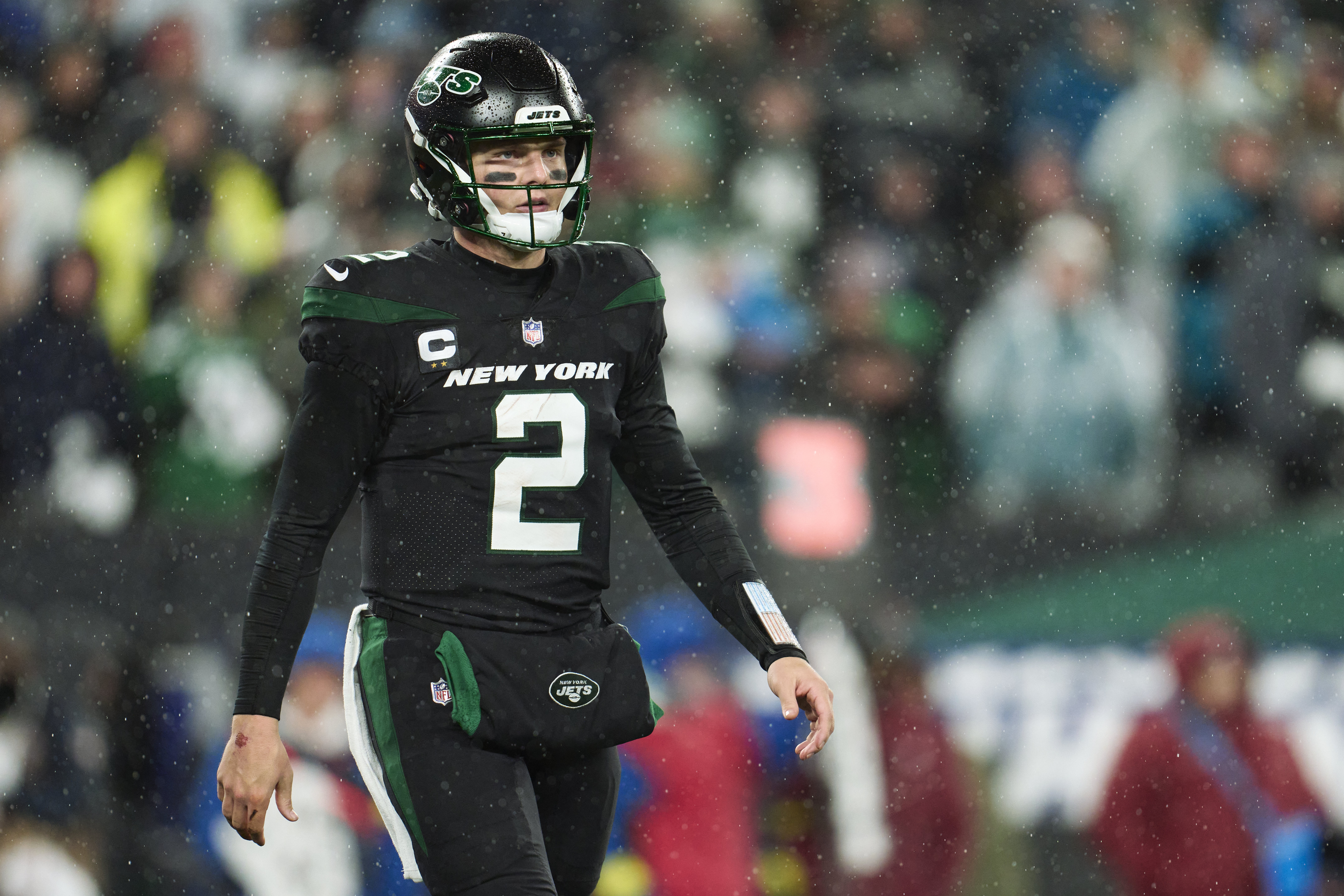 Henry McKenna AFC East Reporter The New York Jets defense generated a takeaway on the opening drive against the Jacksonville Jaguars. Trevor Lawrence coughed up a fumble, thanks to defensive tackle Quinnen Williams.And so Zach Wilson had an opportunity.The Thursday night game was essentially a playoff showdown. The winner held on to its chances of a postseason berth. The loser could start thinking about the draft and free agency.Wilson had a very good opportunity to get an early lead in what was likely going to be a low-scoring affair. The defense set up their quarterback at the 16-yard line. Guess what Wilson did with his opportunity?Absolutely nothing.The Jets offense moved backward on the drive. Wilson failed to recognize a blitz and, in turn, failed to properly set his protections. The quarterback took an 8-yard loss and nearly fumbled the football on third down. The Jets scored their only points: a field goal. New York went on to lose, 19-3, to Jacksonville.The Jets’ season is essentially over.The story of that opening drive was also the story of Wilson’s year: a failure to recognize. He failed to recognize the blitz. He has failed to recognize NFL defenses — blitzes and coverages. He has failed to recognize his own shortcomings. He has failed to recognize the parts of the game where he needs to improve. Wilson hasn’t gotten better this year. He’s the same quarterback that we’ve seen since he entered the league, with the same overbearing weaknesses.More than any quarterback I’ve ever watched, Wilson misses basic NFL throws.With seconds left in the second quarter, he skipped the ball off the turf on a post route on third-and-4 to Corey Davis, who was wide open. At the open of the third quarter, Wilson threw an uncatchable ball over the head of Davis on third-and-1 — when, I’ll add, Wilson also had enough room to run and pick up the first down. So it wasn’t just a lack of accuracy. It was a lack of situational awareness.He finished the game completing 9 of his 18 passes for 92 yards with an interception and three sacks. As usual, his stats don’t do justice to his constant state of confusion on the football field.I have no idea whether Wilson prepared well for this game, but he did not look remotely ready. Most weeks, he looks like a quarterback who prepared on a short week. With an actual short week from Sunday to Thursday, Wilson was an absolute disaster. And there aren’t many supporters left in New Jersey for Wilson. Jets fans were booing him in the first half. I’ve written about how Wilson seems to be losing support in the locker room. Coach Robert Saleh is supporting Wilson publicly, but Saleh also benched Wilson for Mike White. Clearly, Saleh recognized that Wilson is not the best quarterback on his rosterAnd so we’ve come to the point where it’s abundantly clear that Wilson is unlikely to ever be the best quarterback on a roster. The Jets turned to former CFL standout Chris Streveler in the middle of this game. And the offense looked substantially — by a multiple of 50 — better under Streveler, who spent most of his snaps running the football in a Taysom Hill-type role. It’s pretty bleak that Streveler, a 27-year-old practice-squad quarterback, looked better than Wilson, the former No. 2 overall pick. It was the Jets’ last-gasp attempt at getting back in the game. And while it was a step up, it was insufficient.The Jets now have an 8% chance of making the postseason. Their season is effectively over.With the remainder of the season, the Jets should evaluate Mike White — not Wilson. I know that Wilson has only played in 22 NFL games. I know that I don’t need to see him play in any more NFL games. He’s not the guy. He’s not an NFL-caliber quarterback. New York needs to move on. They should start by seeing what they have in White, who has shown promise.When the offseason rolls around, they are almost definitely going to need to add a starting-caliber quarterback. I love the idea of the Jets signing Jimmy Garoppolo, who is slated to hit free agency this offseason. Take him out of the San Francisco 49ers offense and plop him in to New York, which developed its offense around SF’s system. If pursuing Garoppolo doesn’t work out, it wouldn’t hurt for the Jets to draft another quarterback, depending upon whether they can find value.But that’s where the Jets’ heads need to be at in the next few games. They need to start thinking about 2023. If they have the right quarterback — and maybe even another top-end WR — they could be the next Eagles. But Wilson dragged down New York’s development. And the Jets can’t wait for him any longer. They need a better quarterback for 2023.Top stories from FOX Sports:Prior to joining FOX Sports as the AFC East reporter, Henry McKenna spent seven years covering the Patriots for USA TODAY Sports Media Group and Boston Globe Media. Follow him on Twitter at @McKennAnalysis. Get more from National Football League Follow your favorites to get information about games, news and more