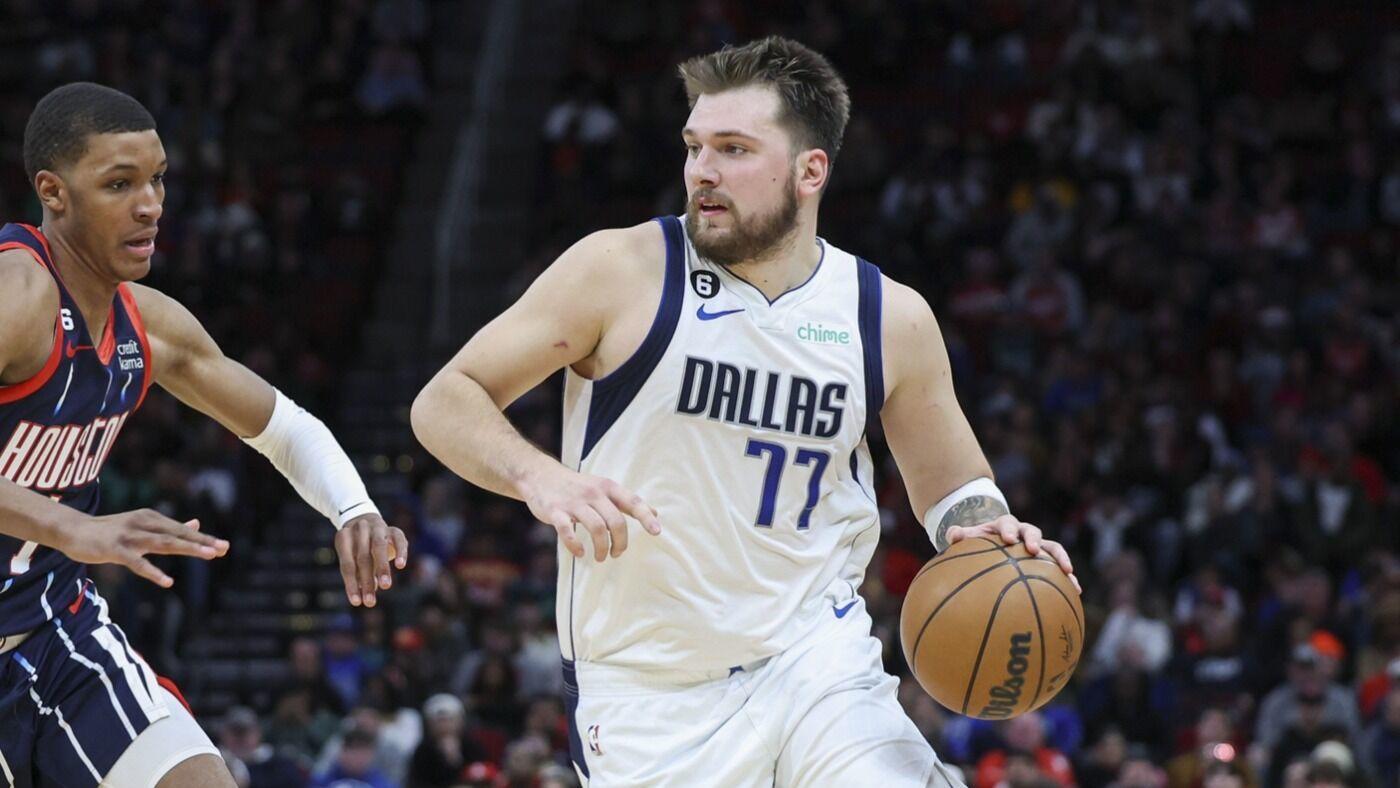 Luka Doncic scored 50 points on 30 shots on Friday, and the Mavericks needed every one of them to fend off the Rockets in a 112-106 victory. Doncic added 10 assists, eight rebounds and three steals for fun. Doncic, in just his fifth season, now has two 50-point games to his credit, with the other being a 51-point effort against the Clippers — his personal punching bag — last season. That matches the career total of Dirk Nowitzki, who played 21 seasons. Doncic has also surpassed Nowitzki with 21 career 40-point games.
So here’s where everyone starts saying this is no big deal because the game is faster now and everyone scores more and blah blah blah. Stop with that nonsense. Yes, the game is faster. Yes, there are more possessions and Luka controls basically all of them. And yes, this is still an astonishing achievement. Nowitzki, after all, isn’t some mediocre bucket-getter who hung around for a couple decades. He’s the sixth-leading scorer of all-time. That Doncic, in four seasons and some change, is already dusting Dirk’s high-water marks is remarkable stuff. There’s also this:

When I look at those names, I don’t think about Doncic joining elite company. I think about those guys being in the same company as Doncic, who has already established himself as one of the great scorers in history. Barring major injury, he’s going end up gunning for the all-time scoring record that LeBron is about to claim, and like LeBron, you could actually argue that passing is Doncic’s best skill. Just an unbelievable player with yet another incredible game on his young resume.