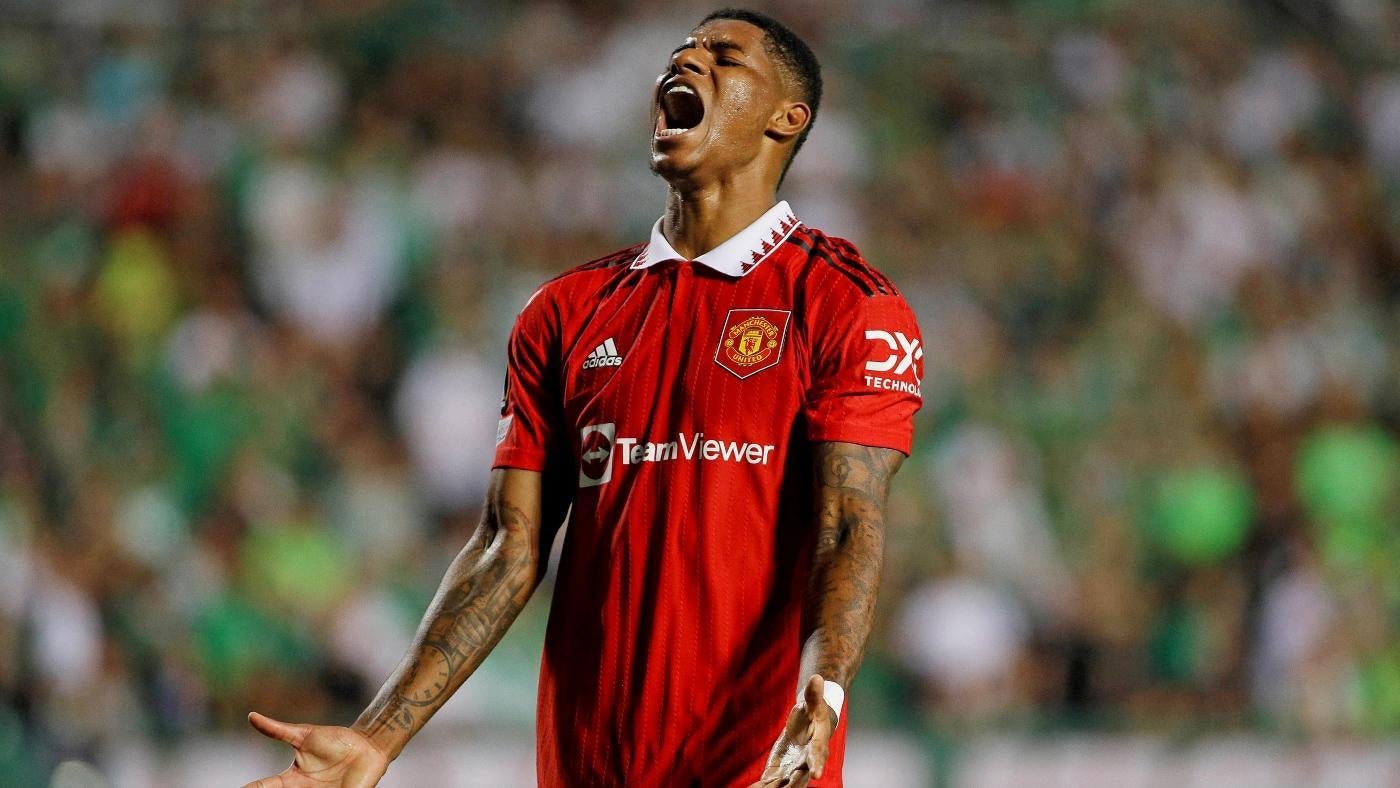 Manchester United resume English Premier League play on Tuesday when they host Nottingham Forest at Old Trafford. The Red Devils (8-2-4) have been on a strong run since their rocky start to the season and have moved to fifth place in the Premier League table. They entered Matchweek 17 six points behind second-place Manchester City but 11 behind league leader Arsenal. They defeated Fulham 2-1 in their last EPL match before the World Cup break. Nottingham Forest (3-4-8) are 19th, but are on a four-game unbeaten run in all competitions. They beat Crystal Palace 1-0 before the break.Kickoff is set for 3 p.m. ET in Manchester, England. Caesars Sportsbook lists Manchester United as -320 favorites (risk $320 to win $100), while Forest are +850 underdogs in the latest Manchester United vs. Nottingham Forest odds. A draw is priced at +410 and the over/under for total goals is 2.5. Before making any Nottingham Forest vs. Manchester United picks, be sure to see the EPL predictions and best bets from proven soccer insider Martin Green. After working in the sports betting industry for several years, Green became a professional sports writer and handicapper and has covered the game worldwide. Since then, his European soccer picks have been spot-on. Green has generated almost $33,000 for $100 bettors since the 2017-18 season. Green went 23-23-1 on his World Cup picks and crushed his tournament predictions on the Early Edge, backing the USMNT to advance (+100), Kylian Mbappe to win the Golden Boot (+900) and Netherlands, England and Argentina all to win their groups (+210) among his correct picks.

Why you should back Manchester UnitedThe Red Devils face a Forest squad that has conceded 30 goals, second-most in the EPL, and has been dreadful in road matches. The Tricky Trees have been outscored 19-1 away from home. United are 4-1-1 and have conceded four goals in their six league matches at Old Trafford. Forest also have the second-worst possession in the league at 40%, while United are at 52%.The Red Devils have lost just once in their past 13 in all competitions (10-2-1). They won an EFL Cup fourth-round match Wednesday, defeating Championship leader Burnley 2-0. Christian Eriksen and Marcus Rashford scored the goals. Eriksen has two goals and six assists in all competitions, and Rashford has nine goals in 20 matches and is among the players who could benefit from the end of the Cristiano Ronaldo controversy.

Why you should back Nottingham ForestThe Tricky Trees are on a 4-1-1 roll in their past six matches in all competitions. They advanced to the quarterfinals of the League Cup with a 4-1 victory over Blackburn Rovers on Wednesday. Brennan Johnson scored twice and Jesse Lingard had a goal. Lingard will no doubt strive to put on a good performance on the grounds where he has played eight of his previous nine EPL seasons. Forest dominated the match with Rovers, outshooting them 27-4 and putting 15 on net to just two for Blackburn. They also scored eight goals in four friendly matches over the break. The revamped Forest side looks to be meshing under manager Steve Cooper. They signed 22 players following their promotion for the first time since 1999. Morgan Gibbs-White was a key signing, and he scored the goal against Crystal Palace. Taiwo Awoniyi leads the team in league goals, while Gibbs-White and Johnson have two apiece. Forest have beaten Liverpool 1-0 and Tottenham 2-0 during their six-match run, so they are becoming a team that others don’t want to face. How to make Nottingham Forest vs. Manchester United picksGreen has scrutinized the Manchester United vs. Nottingham Forest match from every angle. He is leaning Under the goal total and also provides his two confident best bets. They both offer plus-money payouts, and he also has his full breakdown of the match. He’s only sharing those picks here.