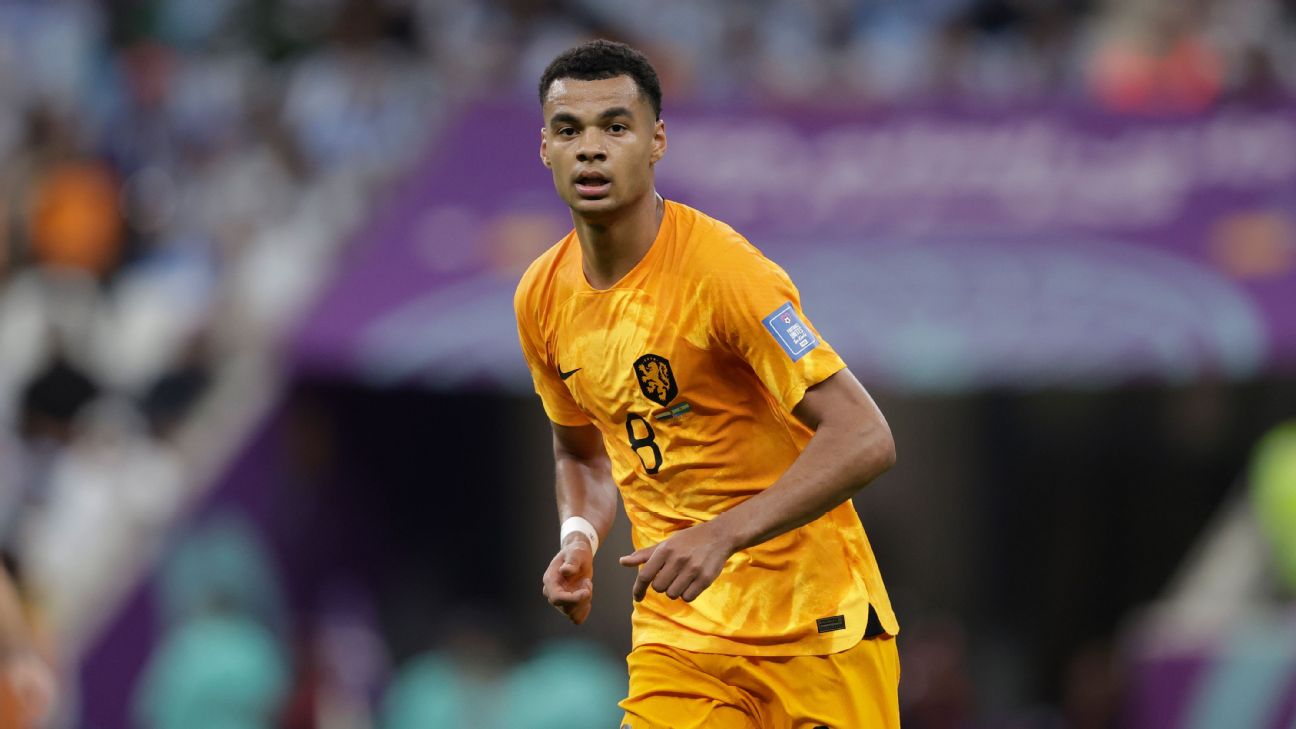 Cody Gakpo scored three goals with Netherlands at the World Cup in Qatar. Rico Brouwer/Soccrates/Getty ImagesLiverpool have beaten Manchester United in the race to sign winger Cody Gakpo after agreeing a deal with PSV, the Dutch side announced on Monday.Sources have told ESPN the fee of the deal is around £37 million and are close to finalising his arrival in the January transfer window. PSV did not disclose the value of the deal, but general manager Marcel Brands said it will be a “record transfer” for the club.- Stream on ESPN+: LaLiga, Bundesliga, more (U.S.)The Dutch club said in a statement: “PSV and Liverpool FC have reached an agreement on the proposed transfer of Cody Gakpo. The 23-year-old attacker will leave for England imminently where he will be subjected to the necessary formalities ahead of the completion of the transfer.”Gakpo, 23, emerged as a star of the World Cup in Qatar by scoring three goals for the Netherlands before their quarterfinal elimination at the hands of eventual champions Argentina.With Colombia international Luis Diaz facing an extended period on the sidelines after aggravating a knee injury during a midseason training break in Dubai, Liverpool have accelerated attempts to bolster their forward line by moving for Gakpo.The left-sided forward was a top target for both Leeds and Southampton during the summer, while United manager Erik ten Hag persuaded the Old Trafford club to consider a move for the player late in the summer window.United had been eyeing a renewed move for Gakpo in January following the club’s decision to cancel Cristiano Ronaldo’s contract in November.But having beaten United to the signing of Darwin Nunez in June, Liverpool are now set to do the same again by sealing a move for Gakpo when the winter transfer window opens on Jan 1.