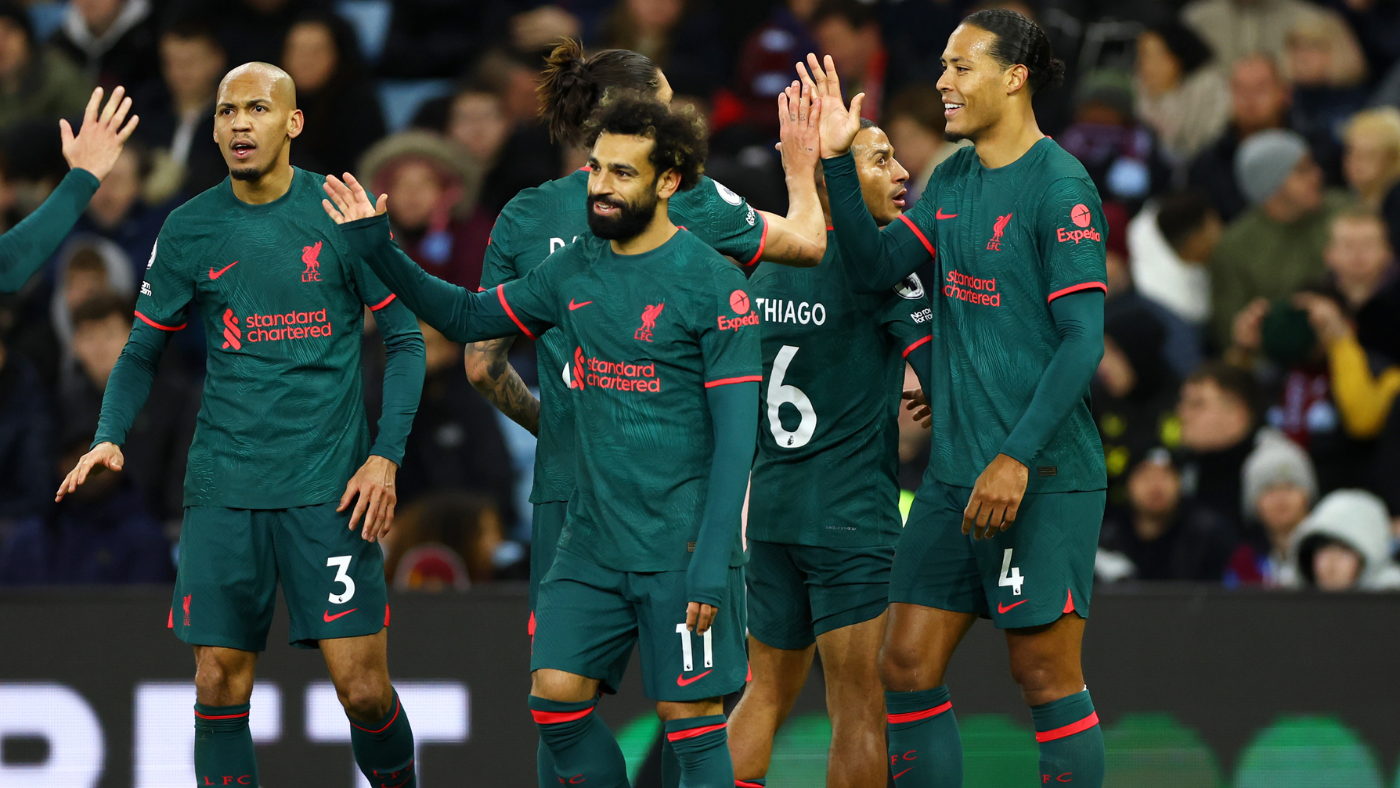 With a goal and an assist in a 3-1 victory over Aston Villa, it’d be tempting to say that the month off did Mohamed Salah some good and helped him return to form. But that’s not really true. Salah had plenty of good performances this year, they just all came in the Champions League, while he and Liverpool struggled domestically. Now that’s changed and it means Liverpool have started the post-World Cup half of the season making up ground in the Premier League.No team needed the World Cup break more than Liverpool as Jurgen Klopp was dealing with numerous injuries throughout the squad. While the team is still pretty injured and missing Diogo Jota, Luis Diaz, Roberto Firmino, and Curtis Jones getting players like Thiago, Joel Matip and even Alex Oxlade-Chamberlin, who started Monday, back in the fold goes a long way. Liverpool have depth but the team has been forced to play multiple teenagers out of necessity exposing the side to mistakes. Now with the first choice midfield and Matip back, the team’s spine is getting back to their best. With that support, Salah is able to return to form to meet the lofty expectations that he has for himself. The defense still has to improve as they allowed Villa to produce far too many chances but it’s a step in the right direction.
Twenty3
With the victory, the Reds are now five points behind Tottenham for a top four place with a game in hand. Getting healthy is one way that the team will improve but with Sadio Mande no longer at the club after his summer transfer to Bayern Munich, the team will go as far as Salah takes them. He was finding his form before the World Cup with three goals in his last three games so it’s good to see that the improvement has kept going with the month long break from action.

The time off has also done fullbacks Andrew Robertson and Trent Alexander-Arnold, who played all of 33 minutes in one appearance in Qatar, well. Robertson’s assist on Salah’s opening goal made him the defender with the most assists in Premier League history with 54. Slowly balance is returning to the team, allowing the teens to make their mark in more comfortable spots.
An example is 18-year-old Stefan Bajcetic coming off of the bench to score Liverpool’s third, putting the game out of sight with his first Premier League goal. Salah and company hitting top form will help remove pressure from Darwin Nunez too. Nunez has struggled to make an impact but he’s getting into the right places which should mean the goals will start flowing when he gets his decision making in the right place. Nunez put four of his six shots on target but wasn’t able to turn them into a goal.

Twenty3
Things are so close for Liverpool to get back to their best and without Gabriel Jesus for Arsenal, the title race is far from over. Keep getting healthy and scoring goals and good things will happen for the Reds.