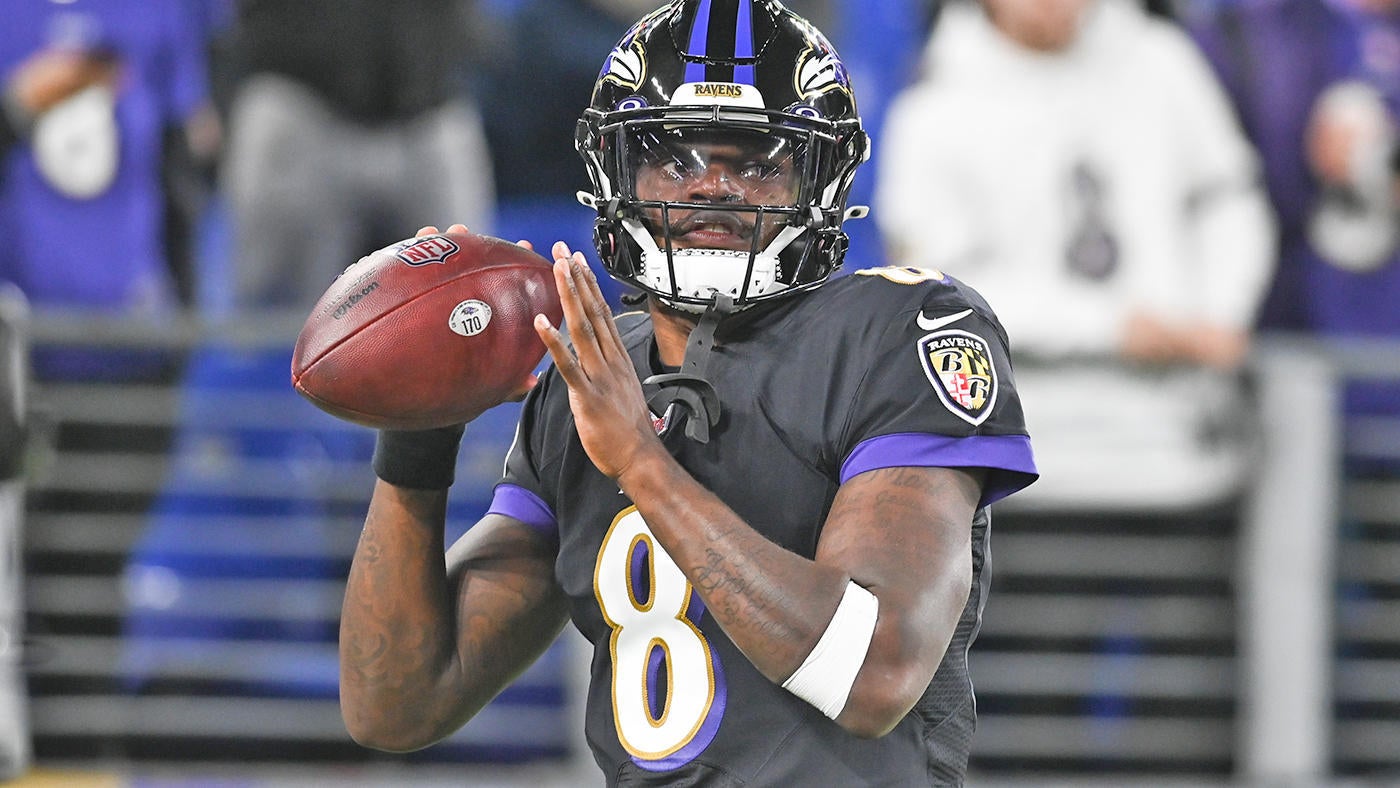 The Baltimore Ravens have the playoffs in their future, clinching a spot after Saturday’s results, and are also looking forward to having quarterback Lamar Jackson back as the postseason nears. The timeline of when their starting quarterback comes back is still unknown, as head coach John Harbaugh is waiting for the doctors’ signal to get Jackson back on the field. “When the player and the docs come back and say, ‘Hey, it’s time,’ then [as] coaches, we build him into the game plan,” Harbaugh said after Saturday’s win against the Falcons, per NFL.com. “That’s really how [it works]. To think about it beyond that is just kind of a waste of energy and time.”

Jackson suffered a PCL sprain in the team’s Week 13 win over the Broncos. Since the Dec. 4 injury, Jackson has spent a few weeks recovering, but has yet to return to practice. According to NFL Network, the quarterback is making progress and is working towards testing football-related movements this week. How he does during that test will determine his status for practice and then for games. Ian Rapoport said the Ravens could alter their plan and have Jackson play sooner depending on the playoffs, but Harbaugh dismissed the report.

When asked whether the Ravens clinching the playoffs changes the team’s outlook on Jackson’s return, Harbaugh said it had no impact and that their approach does not hinder on postseason seeding. “I haven’t thought about that; players play when they’re healthy and ready to go; that’s really all we do,” Harbaugh said. “Lamar is working very hard to get back. The trainers are working very hard to get him back. I’m optimistic in so many ways, but focused on our team and the next game plan with who we have, really.”

Backup quarterback Tyler Huntley has stepped in as the starter with Jackson out. He has a 2-1 record so far as the offensive leader, defeating the Steelers and Falcons and losing to the Browns.