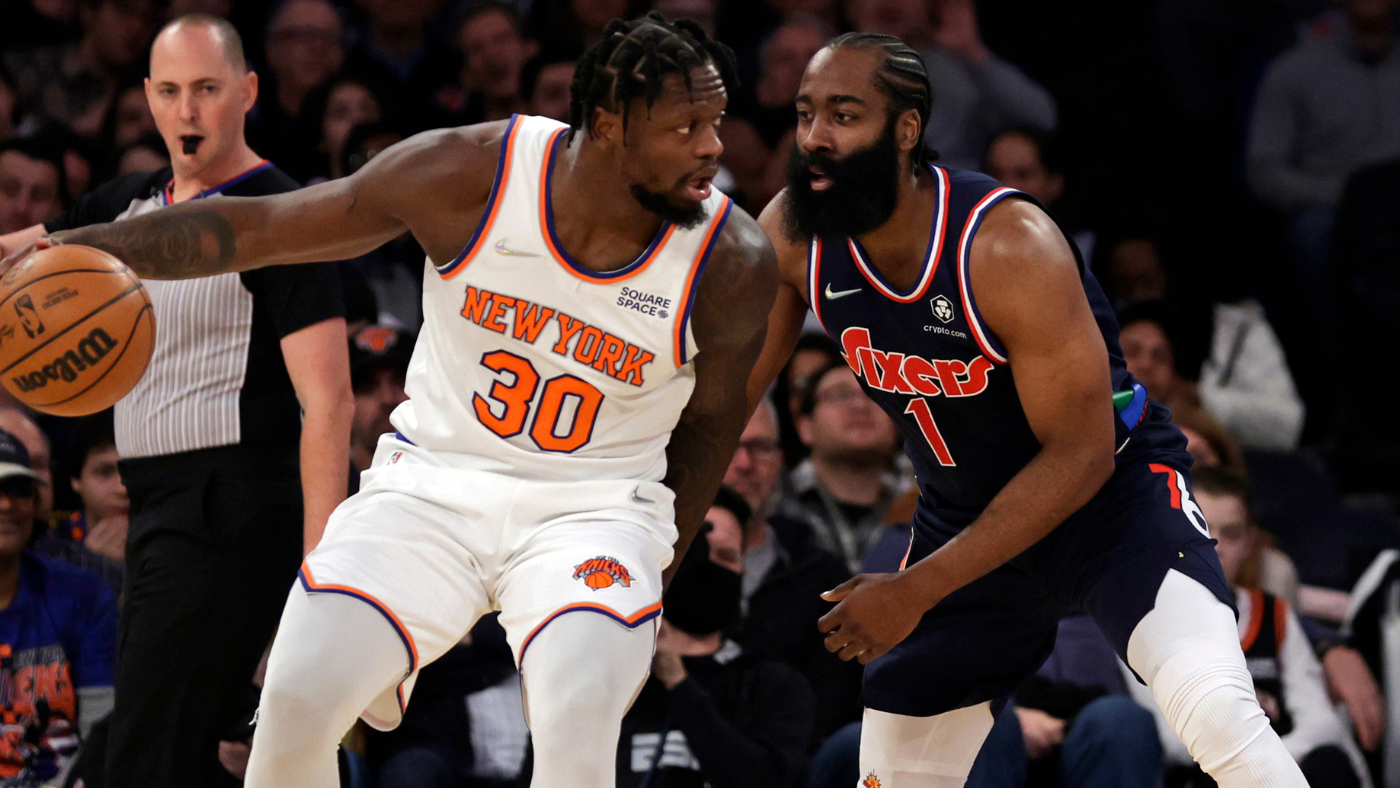 One of the NBA’s grandest holiday traditions will come to an end this season. Virtually every year, the New York Knicks have hosted a Christmas game, and virtually every year, fans have complained that they didn’t deserve the honor. And hey, it was a fair criticism. They’ve made the playoffs once in the past nine years and went winless in six Christmas games between 2012 and 2020.But this year’s Knicks are a different story. At 18-15, they currently sit in the No. 6 slot in the Eastern Conference. Directly ahead of them at No. 5 are the Philadelphia 76ers, who are rounding into form after a slow and injury-riddled start to their season. The 76ers have won eight of their past 11. The Knicks recently had an eight-game winning streak snapped. For once, one of the most fun games on the Christmas slate will be played in New York. Here’s everything you need to know to tune into Sunday’s opener. Philadelphia 76ers at New York KnicksWhen: Sunday, Dec. 25 | 12 p.m. ETWhere: Madison Square Garden — New York, New York TV: ABC/ESPN | Live stream: fuboTV (try for free)  Odds: NY +2; O/U: 218 (via Caesars Sportsbook)

StorylinesKnicks: Jalen Brunson has thrived all year, and Julius Randle is starting to look more and more like the All-NBA player we saw in 2021, but lately, the most impressive Knick has been R.J. Barrett. In what is becoming an annual trend, Barrett started the season slowly before figuring things out in December. In his last eight games, Barrett is averaging 27.3 points per game for New York, and now he’ll have a chance to prove he can sustain it against the NBA’s No. 2 defense.76ers: Joel Embiid is playing his way back into the MVP race, and this could be just the stage he needs to announce his candidacy. The two-time runner-up is averaging almost 34 points per game since returning from injury, and a Christmas Day win over the Knicks could be a major boost to his MVP resume. Of course, the Knicks won’t make it easy for him. They have the NBA’s No. 2 ranked defense in December, and they’ve allowed the league’s fifth-lowest restricted area field goal percentage in that time.PredictionThe Knicks have struggled to defend post-ups this season, ranking in the 30th percentile league-wide in terms of opponent’s post-up efficiency. It’s one of the few weaknesses in a defense that has played great lately, but it’s a weakness you can’t afford against Embiid. That gives Philadelphia the slimmest of edges. The pick: 76ers