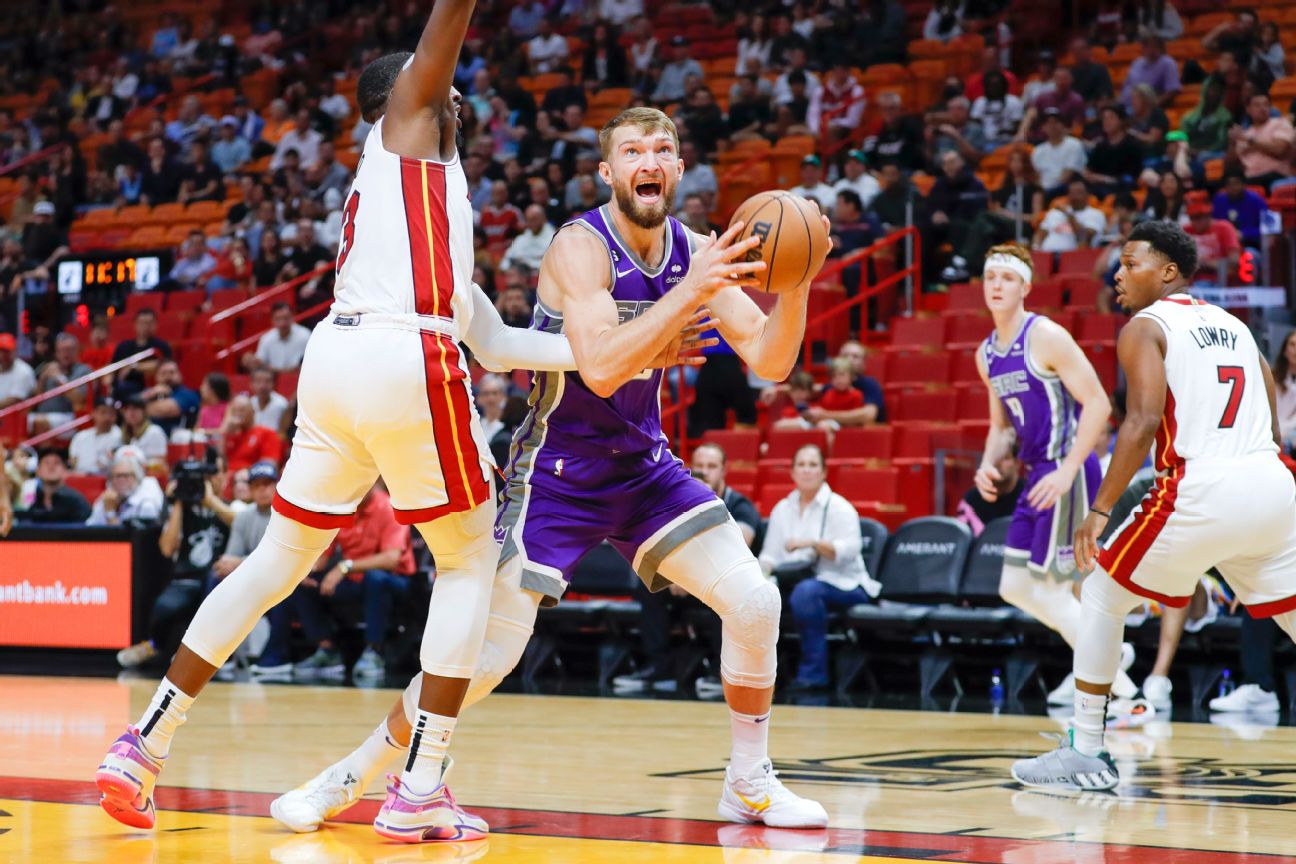 Sacramento Kings All-Star 7-footer Domantas Sabonis has suffered a right-hand injury and will undergo further testing and evaluation on treatment options that will help determine how much time — if any — Sabonis will miss, sources told ESPN on Saturday.

X-rays confirmed the injury and the need for further examination after Friday’s loss to the Washington Wizards. A timeline on a return could depend on Sabonis’ pain tolerance or the need to address a more serious injury, sources told ESPN.

Sabonis injured the hand in the fourth quarter of the 125-111 loss to the Wizards.

He has been a driving force in the Kings’ renaissance this season, averaging 17.9 points, a league-leading 12.4 rebounds and 6.7 assists for the current No. 6 seed in the Western Conference.

Sacramento hasn’t made the playoffs since the 2005-2006 season, the NBA’s longest postseason drought. The Kings are 17-14, three games behind first-place Denver in the West and only one game behind fourth-place Phoenix.

So far, Sabonis has had a magnificent season for the Kings. He is one of three players, along with Nikola Jokic and Giannis Antetokounmpo, to average 10 rebounds and five assists this season, according to ESPN Stats & Information.

Sabonis leads the league in double-doubles with 23, has three games of 20 points, 20 rebounds and five assists this season — only Jokic and Luka Doncic have recorded more, according to ESPN Stats & Information.

Sabonis, an All-Star in 2020 and 2021 with Indiana, was traded by the Pacers to the Kings last February in a deal that included guards Tyrese Haliburton and Buddy Hield.