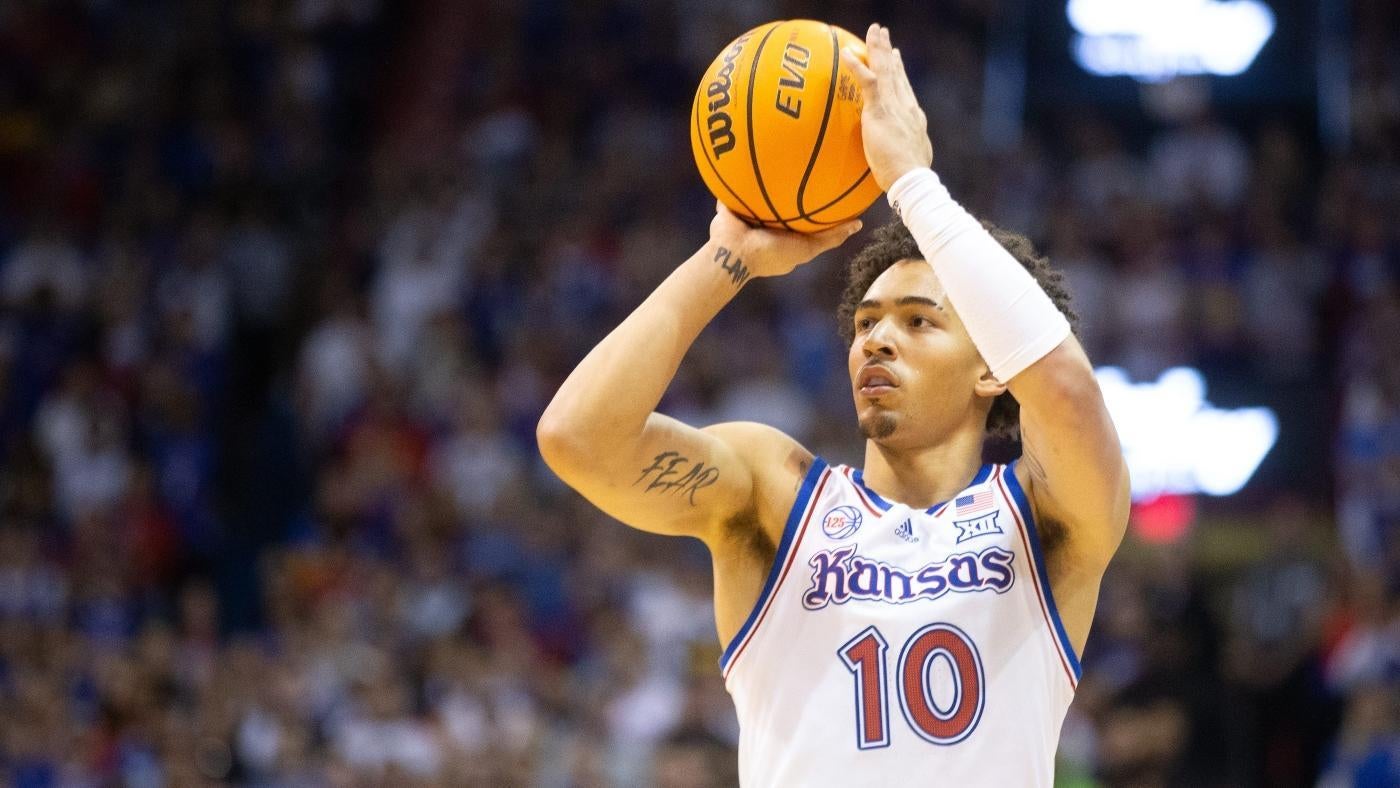 The second-ranked Kansas Jayhawks will look to snap a two-game losing streak when they battle the No. 21 Baylor Bears in a key Big 12 Conference matchup on Monday night. The Jayhawks (16-3, 5-2 Big 12), who have won or shared 20 conference championships since the league’s formation in 1996, are in a three-way tie for second-place in the Big 12, one game behind first-place Kansas State. The Bears (14-5, 4-3), who have won four in a row after a 0-3 start to conference play, are tied for fifth in the Big 12 standings. Kansas is coming off an 83-60 loss to No. 14 TCU on Saturday, while Baylor recorded a 62-60 win at Oklahoma that same day.Tipoff from the Ferrell Center in Waco, Texas, is set for 9 p.m. ET. Kansas leads the all-time series 35-8, including a 14-5 record in the Ferrell Center, although Baylor has won the last two meetings in Waco. The Bears are 2.5-point favorites in the latest Kansas vs. Baylor odds from Caesars Sportsbook, while the over/under for total points scored is set at 149. Before making any Baylor vs. Kansas picks, be sure to check out the college basketball predictions and betting advice from the SportsLine Projection Model.The SportsLine Projection Model simulates every Division I college basketball game 10,000 times. The model enters Week 11 of the season 41-21 on all-top rated college basketball picks, returning more than $1,200 for $100 players. Anybody who has followed it has seen profitable returns.Now, the model has set its sights on Kansas vs. Baylor and just locked in its picks and CBB predictions. You can visit SportsLine now to see the model’s picks. Here are the college basketball odds and betting lines for Baylor vs. Kansas:

Why Baylor can coverFreshman guard Keyonte George continues to show his explosiveness on offense. In 19 games, all starts, George averages 17.4 points, 4.6 rebounds, 3.3 assists and 1.1 steals per game. He has scored 20 or more points in eight games, including a season-high 32 points in an 83-78 win at West Virginia on Jan. 11. He scored 27 points and grabbed five rebounds in an 81-74 victory at Texas Tech on Tuesday.Also helping power the Bears is senior guard Adam Flagler, who is coming off a 16-point performance in the win at Oklahoma. It was the 16th time in 17 games that Flagler reached double-figure scoring. He has one double-double on the year, a 13-point, 10-assist effort in a 95-62 performance in a win over Northern Colorado. For the season, he is averaging 16 points, 5.3 assists, 2.5 rebounds and 1.5 steals per game. He is connecting on 44.6% of his field goals, including 45.4% of his 3-pointers, and 80.4% of his free throws.Why Kansas can cover The Jayhawks have four players averaging double-figure scoring, including junior forward Jalen Wilson, who has done his best work on the road. Wilson averages 21.3 points, 8.8 rebounds and 2.5 assists per game, and averages 23 points and 9.8 rebounds away from home. He has scored 30 or more points three times, including in each of the last two games. He scored a season-high 38 points and grabbed nine rebounds at Kansas State in an 83-82 overtime loss last Tuesday. He has registered eight double-doubles, including a 16-point, 11-rebound effort in a 62-60 win against No. 14 Iowa State on Jan. 14.

Freshman guard Gradey Dick is off to a solid start to his collegiate career. In 19 games, all starts, he averages 14.4 points, 5.3 rebounds, 1.8 assists and 1.6 steals. He is connecting on 44.3% of his field goals, including 43.9% from 3-point range, and 80.4% from the free-throw line. He has reached double-figure scoring in 14 games, including four games of 20 or more points.How to make Baylor vs. Kansas picksSportsLine’s model is leaning Under on the total. It also says one side of the spread hits well over 50% of the time. You can only get the model’s pick at SportsLine. So who wins Kansas vs. Baylor? And which side of the spread hits well well 50% of the time? Visit SportsLine now to see which side of the spread to jump on, all from the advanced model that has seen profitable returns on its college basketball picks this season, and find out.