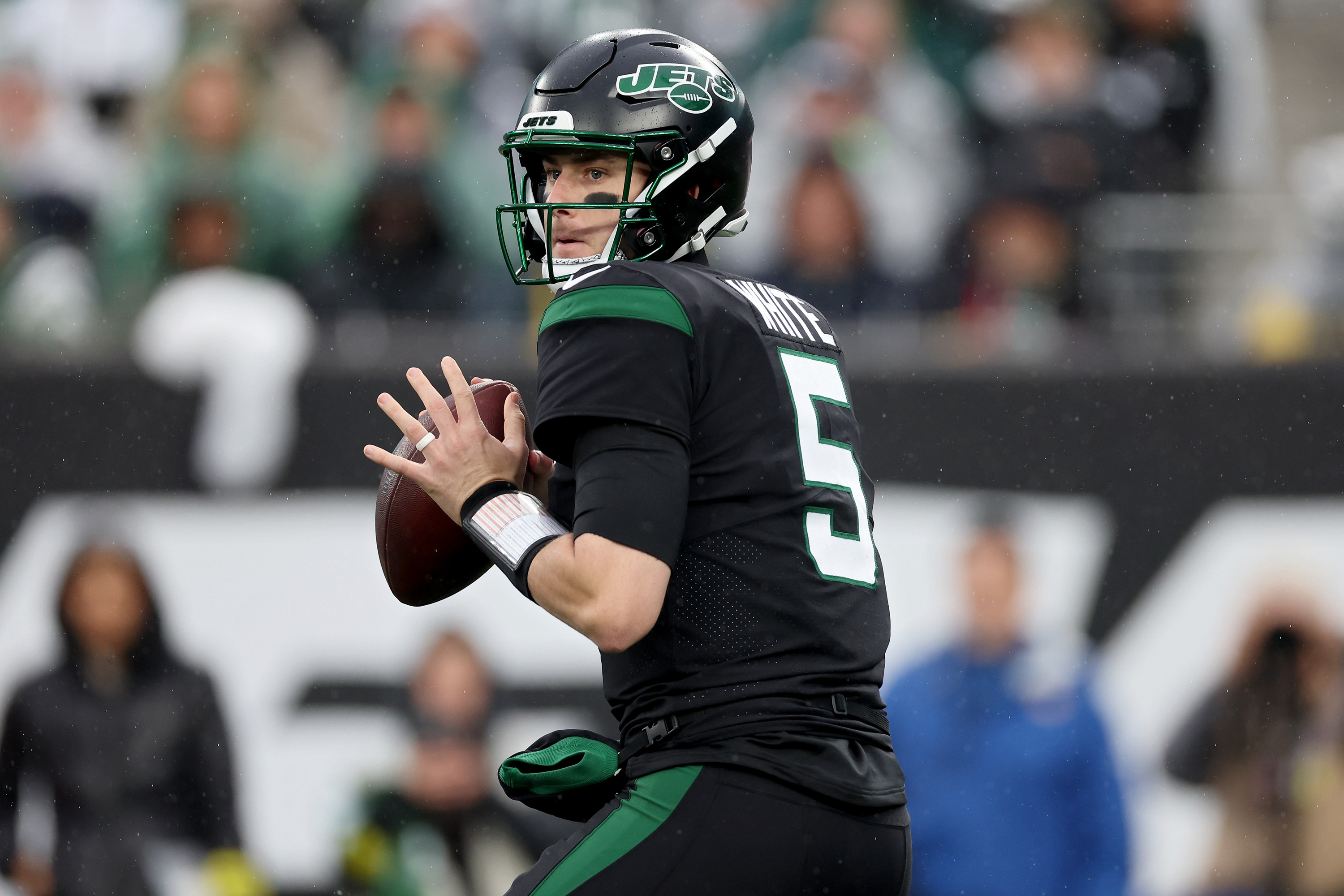 Mike White is back at quarterback for the New York Jets.And just in time, with their playoff hopes hanging by a thread.White was cleared by team doctors and will start Sunday in Seattle against the Seahawks after he missed the Jets’ past two games while dealing with broken ribs suffered in New York’s 20-12 loss against the Bills on Dec. 11.”I thought Mike had been doing a great job moving the offense, sustaining drives and getting first downs,” coach Robert Saleh said while confirming the decision. “Much more efficient. Our offense was running with some good efficiency.”It’s a great opportunity for him, a great opportunity for everybody.”White has practiced on a limited basis since, but hadn’t been cleared for contact so he couldn’t play.That clearance came Monday. And with the Jets (7-8) still in the playoff hunt with two games remaining, they get their quarterback back. And “barring injury,” Saleh said, for as long as the season lasts. But the coach wouldn’t go as far as to speculate whether White could be the long-term answer at quarterback.”He just needs to take it one day at a time,” Saleh said, “and go from there.”Saleh said Joe Flacco would serve as White’s backup and Zach Wilson will go from starting the past two games to being the No. 3 quarterback and inactive on Sunday.White went 80 of 129 for 952 yards and three touchdowns with two interceptions while starting three games in place of the benched Wilson. He was twice knocked out of the game against the Bills. X-rays at the stadium were clear and he finished the game, but CT scans at a hospital revealed a fracture to his ribs.”A couple in a row,” White said two weeks ago, “that makes that area just kind of really vulnerable.”Jets team doctors ruled he couldn’t be cleared for contact, and White said he sought the opinion of about 10 independent doctors who all concurred.Wilson struggled mightily while starting the past two games in White’s absence, but struggled mightily. He was replaced by fourth-string quarterback Chris Streveler, promoted from the practice squad before the game, to give the Jets a spark in their 19-3 loss to the Jaguars last Thursday night.Wilson, who was benched to reset his mechanics and mental approach, went 27 of 53 for 409 yards and two touchdowns with two interceptions in losses to the Lions and Jaguars.Should Jets move on from Zach Wilson after loss vs. Jaguars?
“First Things First” discussed whether the Jets should move on from the No. 2 overall pick in the 2021 NFL Draft following their loss to the Jaguars.
Saleh insisted Monday the Jets “are not quitting on the young man.” But Wilson’s performance against the Jaguars in front of a national audience — 9 of 18 for 92 yards and an INT — was a clear indication he hasn’t fixed his flaws.”I still think he’s got a future here,” Saleh said. “I still think he’s going to be a really good quarterback. He needs time to sit back and continue the development that we’re trying to re-kickstart, if you will, after the New England game (before his first benching).”But we still have him in our future and our plans.”The Jets’ playoff situation appeared dire after that loss, but New York received some good news with the results of some other games over the weekend. The Dolphins, Patriots and Raiders all lost, so the Jets remain in ninth place in the AFC playoff standings behind the Patriots (7-8) and Dolphins (8-7).The Jets can snap an 11-year postseason drought if they win their final two games at Seattle and Miami, and the Patriots lose one of their last two against Miami at home or at Buffalo.”We’ve still got to find ourselves, we’ve still got to find confidence and we’ve got to get the ball rolling,” Saleh said. “And it starts with how we prepare day in and day out and how we attack these moments.”The playoffs and all that stuff is cool, but we’ve got to stay connected to this moment in Seattle and Seattle only.”Top stories from FOX Sports:Reporting done by the Associated Press. Get more from National Football League Follow your favorites to get information about games, news and more