Jesse Lingard hits out at Man United for ‘false promises’ 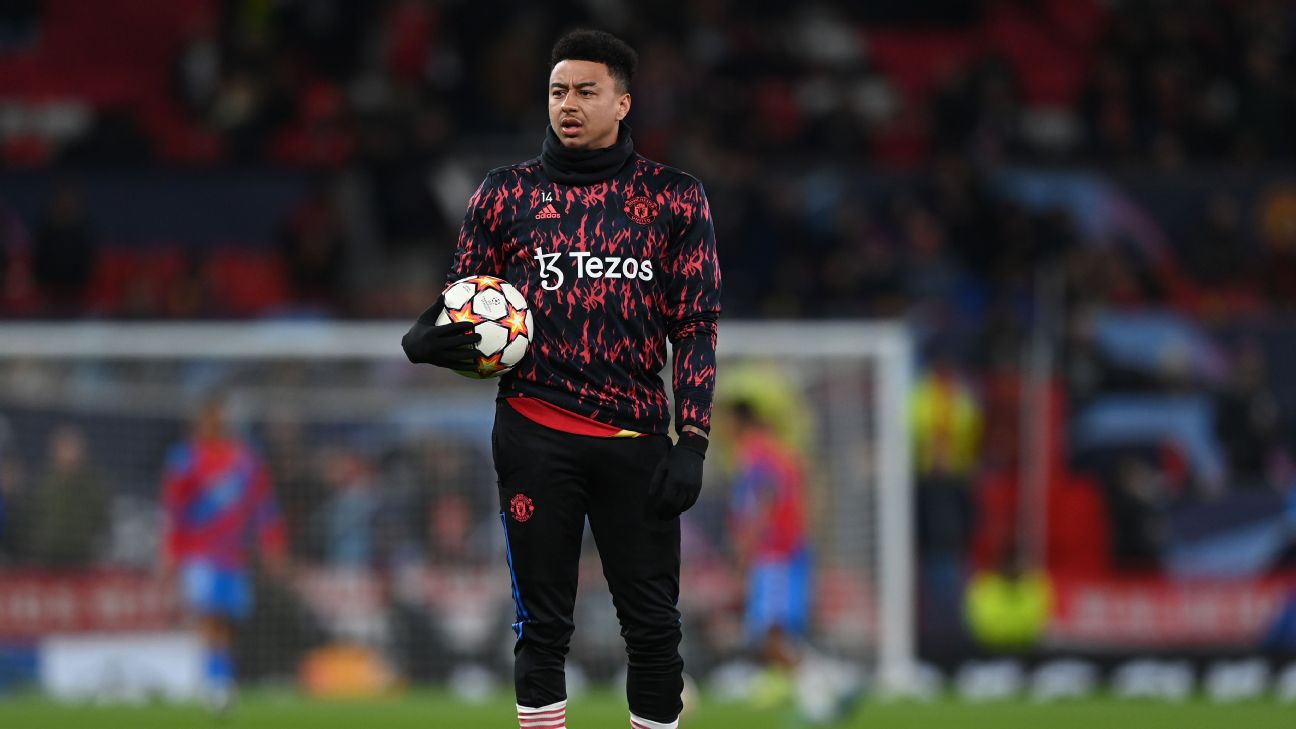 Nottingham Forest midfielder Jesse Lingard said he was given “false promises” about playing time during his final year at Manchester United and is still in the dark over why he was used so sparingly.Lingard, who joined United at the age of seven, had returned to Old Trafford last year after a successful loan spell at West Ham, where he revived his career with nine goals and five assists in the second half of the 2020-21 campaign.- Stream on ESPN+: LaLiga, Bundesliga, more (U.S.)The 30-year-old played 232 times for his boyhood club but started only two Premier League games last season under former managers Ole Gunnar Solskjaer and Ralf Rangnick before he joined Forest on a free transfer earlier this year.”I don’t know what the problem was, whether it was politics or whatever. I still haven’t got an answer to this day,” Lingard told The Telegraph ahead of Forest’s trip to United on Tuesday.Jesse Lingard endured a difficult end to his Manchester United career last season. Photo by Shaun Botterill/Getty Images”I didn’t even ask. I’d rather that someone out of respect for me being there that long told me, ‘This is why you’re not playing,’ but I never got that.”It was false promises. I was training hard and I was sharp, I was ready to play … When you’re working hard in training and don’t play at the end of it, it’s very frustrating.”- How do PL players find redemption after suffering setbacks?Forest are struggling in 19th place in the table but Lingard said he hopes they can bounce back in the second half of the season.”This is another chapter in my life, and a different challenge for me which I wanted,” he added.”It will be an enjoyable one, but we want to win the game. You can’t get caught up too much emotionally. It’s a chance to say my goodbyes because I never really got that.”